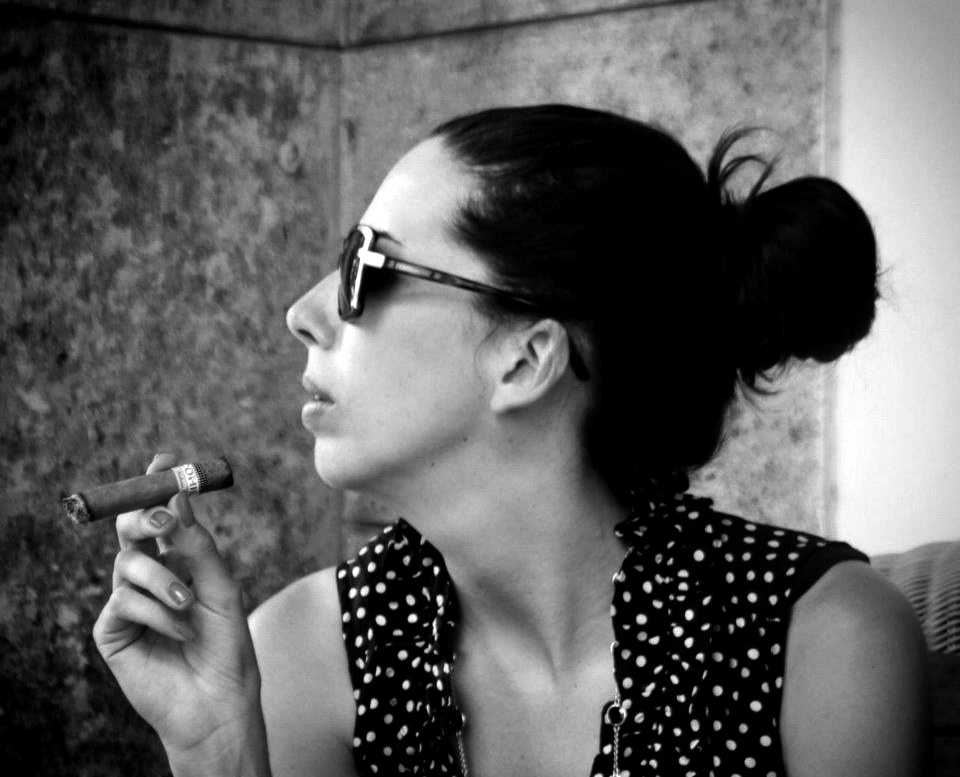 Australian poet Sarah Holland-Batt, b. 1982 in Queensland, grew up in Australia and America and also writes fiction and criticism. She was a Fulbright Scholar at New York University where she attained an M.F.A, and is currently a Senior Lecturer in Creative Writing and Literary Studies at the Queensland University of Technology and the new poetry editor of Island. Her 2008 book Aria (UQP) won multiple major awards, including the Arts ACT Judith Wright Prize, and was also shortlisted and in the NSW Kenneth Slessor Prize for Poetry. She has also been a MacDowell Fellow and an Australia Council Literature Resident at the B.R. Whiting Studio in Rome. Her next collection, The Hazards, will be published by UQP in June 2015.

Jacinta Le Plastrier: What is your current poetry project?

Sarah Holland-Batt: I don’t really have poetic projects, per se; my poems come to me one by one, often on fairly unrelated subjects. Lately I’ve been writing a fair bit about visual art; I’ve been particularly interested in works that engage with acts of violence by women, from Gentileschi’s Judith Slaying Holofernes to contemporary works. Truly clever ekphrastic poems are difficult to do well, although when they do work, they can tilt the axis on which we view the original slightly. I like that challenge. I also like that they demand a long engagement with the canvas or work; I find that sustained act of looking, and of translating the visual into language, pleasurable. I’m also in the early stages of working on a novel, which is a different affair entirely—one I am, for the moment, enjoying. It initially felt like a relief to escape into prose, although its demands are catching up with me now.

JLP: I read that you worked and studied with Sharon Olds on this MS at NYU. Can you tell us a little about that experience? Which also leads to a general question about how much you revise and edit your work with the assistance or feedback of others?

SHB: I studied with several poets I admire enormously at NYU—among them Charles Simic, James Fenton and Yusef Komunyakaa—and I was very lucky to work on the manuscript of my forthcoming book, The Hazards, with Sharon Olds. Sharon is both a stupendous poet and a generous and attentive reader, the rare kind that is able to focus on the poem and poet at hand. I feel very lucky to have spent time with a poet I admire so much. We’re very different kinds of writers, and we didn’t always see eye to eye aesthetically, but I have always loved the kind of intellectual frisson that comes from those disagreements. In general, though, I revise and edit my work almost wholly by myself; I’m not part of any writer’s groups, and I don’t feel the need for much assistance or feedback. My poems go through many, many drafts, and I discard and abandon far more than I publish. It helps that I’m incredibly hard on myself, that I’m essentially animated by doubt. You have to be.

JLP: Why do you think you write poetry? Were there early formative moments which influenced this choice?

SHB: I knew from when I was quite young that I would become an artist of one sort or another. There is a strong artistic bent on the English side of my family; my grandfather was a watercolourist, my father an amateur composer, and our house when I was young was always full of music and my grandfather’s paintings. My early ambition was to be a classical pianist, and I studied that intensively for many years; I do miss the discipline of that now that I’ve given it up. I came to poetry and poetics as a teenager, when I read Wallace Stevens, Eliot and Whitman at high school in Colorado. I understood the music of their poems before I understood the poems themselves, and I responded to it viscerally. Poetry for me has always consequently been a musical undertaking; there’s a mathematical pleasure in the patterns of language for me, just as there is in listening to, or playing, Bach. Intellectually, too, I love the challenge of distilling complex ideas into the small machine of the poem.

JLP: What is your rhythm for writing? I mean, do you work at set times, on set days? Or is it more organic than that for you? And … where do you work?

SHB: I like writing at night while drinking a gin martini. Unfortunately, life isn’t always like a Fitzgerald novel, so sometimes I have to make do with less than perfect circumstances. I prefer writing away from home, in cafes, bars, hotel rooms—there’s something about the anonymity of those public spaces that makes it easier for me to hear myself think. As far as routines go, I don’t believe those people who say that poetry is a job like any other job, and you have to be disciplined: write for four hours in the morning, that sort of thing. That’s absurd. Poetry is art, and art is mercurial, uncooperative and testing. Some days you can do it and others you can’t. I’m not terribly prolific and I prefer it that way. I know that I really mean it when I turn to write a poem.

JLP: How do you personally keep alert for writing poetry?

SHB: I don’t know that I do. I have long fallow periods. Sometimes the best way of writing a poem is to do things that are thoroughly unrelated to writing. I get ideas when I’m reading the morning paper, running, at an art gallery, etc. I never get good ideas when I think, I really ought to sit down and write a poem.

JLP: How consciously do you set out to create and work on a poem? How do they arise for you? And how conscious might be your intentions around technique, form and rhythm, for instance?

SHB: The act of writing a poem is painful and slow for me. I don’t dash off a draft; I eke the poem out line by line, often leaving it unfinished for a few days as I whittle the basic shape of it. My poems are acts of thinking; in them I am often advancing an idea or an argument, and it often takes me days to reach my conclusion. I know that this is different for other poets, who are perhaps more impressionistic and have a more Romantic conception of their own poiesis. For me, writing poetry is a wholly conscious process and my intentions are fairly transparent to me, although they often alter considerably during the writing of the poem. I rarely end up with the poem I set out to write.

JLP: What do you use to write (ie. what tools) and how do think this might influence what is written? For example, do you hand-write drafts and then type them up, or do you work from a computer from a poem’s beginning?

SHB: I like drafting in Moleskine notebooks with a Lamy rollerball pen. I’m a creature of habit about that; I use the same notebooks and pens year in and year out. I prefer to initially write by hand because it forces my thoughts to be more considered; I can only write so fast. By contrast, when I type, my fingers can move at the speed of my brain, which produces a lot of ‘first thought, best thought’ poetry—which, for me, is not particularly considered or interesting. Once I have a rough draft in my notebook, I assemble that on my MacBook. For one, I like to see how long the lines are visually, where the spaces are, etcetera, and I also find I see the poem more objectively if it isn’t in my own hand.

JLP: Can you talk about the role of ‘poetry editor’ and how you find that to be – in context of your new role at Island?

SHB: I’ve only been in the role since May, so it’s still very new. So far, though, it’s been incredibly enjoyable. It’s amazing to be able to put brilliant new poems into print. I love reading submissions and curating an issue, seeing how different poems speak to each other. Of course, it’s also difficult at times, as there are lots of good poems out there and only so much space to work with in each issue; I’m continually confronted with an embarrassment of riches.

JLP: Can you name two or three poets (or particular poems) whose work is important to you, and why?

SHB: Elizabeth Bishop is tremendously important to me. The more I reread her poems, the more moving I find them, despite their surface coolness and control. They skirt and codify the enormous losses Bishop suffered in her life so poignantly. Bishop was unable, or unwilling, to write frankly about Lota (de Macedo Soares) in both life and death, and that devastation comes through in odd and beautiful ways. She’s also a wonderful poet of place. Her Brazil poems have certain postcard-like qualities, immensely visual and painterly, outwardly-focused, supremely clear-eyed.

Another poet who is the inverse of Bishop but who was and is formative for me is Louise Gluck. Gluck is direct where Bishop is elliptical, plain-spoken where Bishop is filigreed, forcefully declarative where Bishop is reticent, but her poems are equally intelligent and controlled. I love her entire oeuvre, but particularly the poems of her middle period (in Ararat and The Wild Iris), where she writes about the death of her father and mortality, respectively. Gluck’s poems are like pieces of Socratic reasoning; unceasingly questioning and anchored in scepticism, they eventually find a through line and snap closed with mousetrap-like logic. She has a fantastic knack of making you feel as though the incontestable truths she articulates are both wholly new and entirely familiar.

This entry was posted in INTERVIEWS and tagged Jacinta Le Plastrier, Sarah-Holland-Batt. Bookmark the permalink.
Jacinta Le Plastrier is a Melbourne-based poet, writer and editor. She edits the ‘Guncotton’ blog for Cordite Poetry Review, curates the monthly Gilgamesh Modern Salon and is Publisher at John Leonard Press. Her poetry collection, The Book of Skins, will be published March 2014.


More by Jacinta Le Plastrier on Cordite Poetry Review →
Born in Southport, Queensland, Sarah Holland-Batt grew up in Australia and the United States. She was educated at the University of Queensland, where she received First Class Honours in Literary Studies and an MPhil in English. She is a member of the Creative Writing faculty at the Queensland University of Technology, and ihas been a Fulbright Scholar at New York University.