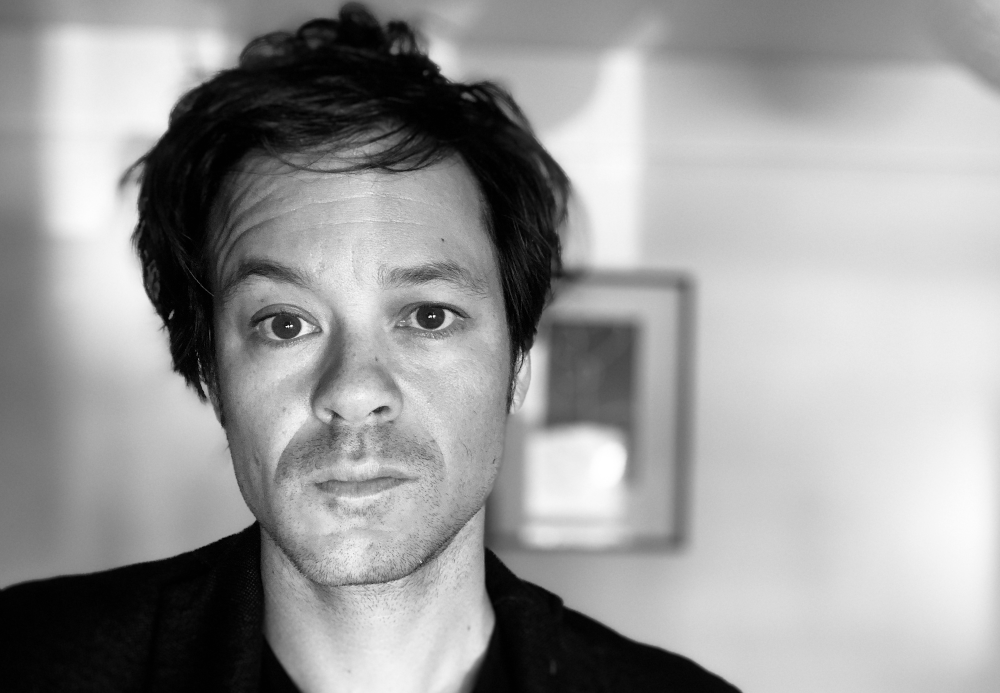 Jaya Savige was born in Sydney, raised on Bribie Island, and lives in London. Jaya has lived overseas since 2009, when he received a Gates Cambridge Scholarship to read for a PhD on James Joyce at the University of Cambridge (Christ’s College). Since 2013 he has lectured in English Literature and Creative Writing at the New College of the Humanities in Bloomsbury, a block from the British Museum, where he founded the Creative Writing degree. His first poetry collection, Latecomers (UQP, 2005), published when he was 26, won the New South Wales Premier’s Kenneth Slessor Prize for Poetry, the Thomas Shapcott Poetry Prize and was shortlisted for a number of other awards; his second, Surface to Air (UQP, 2011) was shortlisted for The Age Poetry Book of the Year and the Western Australian Premier’s Award for Poetry. He is the long-standing poetry editor for the Weekend Australian, the recipient of travelling fellowships from the Marten Bequest and Brisbane Lord Mayor, and Australia Council residencies at the B R Whiting Studio, Rome, at the Cité Internationale des Arts, Paris.

Jaya’s third collection, Change Machine (UQP, 2020) was released earlier this year. We’d planned to do at least part of this interview in person but the pandemic didn’t cooperate so we were forced, from our London and Melbourne lockdowns, into email excursus about uncanny automata, zombies and nanomorphic killer-bots.

Nam Le: I should put my cards on the table. When I read Change Machine in proof last year, I wrote this in an email to you: ‘You know that Justice Potter Stewart throwaway about porn – that he doesn’t know exactly how to define it but knows it when he sees it? – I felt that strongly reading Change Machine that it’s got it. “It” being, I guess, sensibility: which is, in this case, this compounding combo of candour and courage, intelligence and play, rhythm and humour and blues. This is a full-spectrumed collection, ranged through geography and history, self and other, claiming every register in a way that’s super rare nowadays. The poems of ‘daddydom’, especially, slayed me. Bravo to you – if this is the fruit of nine years, it’s to my mind more than well worth it.’

Nine years. It’s a long time, in which a lot’s happened. To, in, around you. A lot of this comes out, in various ways, in Change Machine. (I mean … the title!) So, a couple of easy warm-up questions: How has your poetry changed in that time? How your poetics? And (pushed to hazard) why?

Jaya Savige: Thanks for these kind words Nam. How has my poetry changed? I find that a tough question to answer. I’ve been thinking lately that a book of poems is a bit like a shed snakeskin, or a moulted spider-crab carapace; it’s true that nine years is quite a while to spend moulting. A snake expert apprehending a shed snakeskin, or a marine biologist a moulted shell, can probably make accurate inferences about the creature who shed it – its genus and species, age and habitat, and idiosyncrasies such as scars or markings – and the changes it has gone through. But if you were to ask the creature itself how it has changed, the answer would surely be different: my guess is that it would focus more on the protracted feeling of tightness, stretching and chafing in the skin or shell, the struggle and pain of birthing yet another iteration of itself, and the mixed feelings of radical possibility, vulnerability and precarity (in its broadest sense) that attend the process.

Alternatively, I sometimes think of an author’s books as the growth rings seen in the cross-section of a tree trunk. The reader of tree-rings, a dendrochronologist, might infer that at a certain time a tree lived through a drought, and would speak of changes in the tree’s biomass, nutrient uptake and morphology, as well as externalities like the levels of rainfall, acidity of the soil, and so on. But if you were to ask the tree for its account of the period marked by such a ring, I’d expect a description of enduring thirst – I’m thinking of parts of Patrick White’s Voss, or J M Coetzee’s The Life and Times of Michael K – where privation takes on metaphysical dimensions.

So, I can attempt to be the creature that speaks to its own shed skin or shell, or the tree that speaks to its own growth rings – with the caveat that a biologist or dendrochronologist (reader, critic) will do a better job of identifying and illuminating what changes might have occurred in this book, while I can speak to the experience of that change.

NL: Can I jump in here? You’ve called my chicken, to mix metaphors: you’re right – my question was flagrantly overbroad. And deserves your answer that beautifully forestalls answer. (What’s more poet-like than to offer up the pleasures of metaphor – surprise; shapely figuration; rightness of fit, with slack enough to invite adjustment – in order to free up one’s own authority? (Including – or especially – from itself?)) I love these metaphors (and want to come back to them) although I suspect we could talk to them all day –which was probably your dastardly intention! – so let me ask you more specifically: what’s gone on in your life these last nine years that might particularly have bent your pen?

JS: Ha! You’re right, I’ve succumbed to the poet’s age-old defence against self-accounting! Perhaps most obviously, the poems in Change Machine were written over the last decade, while I’ve been living abroad, mostly in London, with stints also in Cambridge (UK) and Paris. The sheer passage of time, together with my distance from home has undoubtedly had an impact on my writing. It’s fair to say the book is the product of someone with a decade’s more life experience, uprooted from subtropical South East Queensland and Moreton Bay, and replanted loosely in the UK and the European continent. With that comes a whole host of changes, from the minute to the overarching. Relocating to the UK does not involve anything like the culture shock of moving beyond the Anglosphere; the differences are subtler, but no less perplexing – there is an uncanniness to it, the unnerving similarity-with-difference. Anyone who moves abroad is constantly recalibrating their understanding of their source-culture and their present one, both at a relatively trivial level – e.g. the different set of constellations in the sky; jarring divergences in idiom – and at deeper levels too. In the latter, I’d include differences in historical, cultural and geopolitical perspectives and attitudes, not least of all those concerning the legacies of European imperialism and colonialism.

In terms of the book’s more personal themes, as you say, I’ve also become a father. On the flipside, serial pregnancy-loss endured with my partner was also a feature of these years. Both find their way into poems in the book. For the vast majority of this time, I was a signed-up member of the academic precariat, working as a sessional lecturer in London; I think of these as pretty dark years really, characterised by hard graft, exasperation and at times, frankly, despair. I’d say the existential effects of being cut from the familial, social and artistic ecologies of home were compounded by these things. All were part of the weather and soil of this book, but their impact is often felt in combination. To take one example, a poem like ‘Tips for Managing Subsidence’ would not exist without those losses with my partner, and also the tendency of very old houses in England to subside and crack (which I’d never encountered before). So, these changes have a way of being bound up together.

Pages: 1 2 3 4 5
This entry was posted in INTERVIEWS and tagged Jaya Savige, Nam Le. Bookmark the permalink.
Nam Le is the author of The Boat and On David Malouf. His poems have been published in Poetry, Conjunctions, Boston Review, Harvard Review, Tin House and The Monthly.


More by Nam Le on Cordite Poetry Review →
Jaya Savige was born in Sydney, grew up on Bribie Island, and lives in London, where he lectures at New College of the Humanities at Northeastern. He is the author of Latecomers, which won the NSW Premier’s Kenneth Slessor Prize, and Surface to Air, which was shortlisted for The Age Poetry Book of the Year. His latest collection, Change Machine, was published by UQP in 2020.