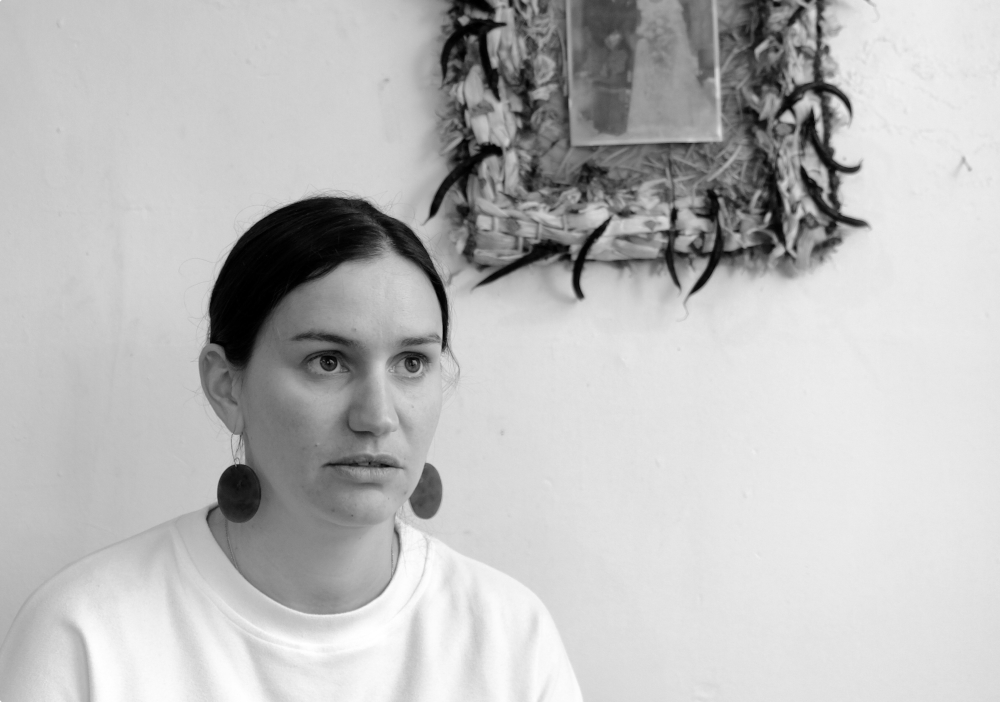 I knew Hana Pera Aoake as a writer before I knew them as my partner. I remember one publication describing a piece of Hana’s that they were publishing as ‘a trigger-laden, genre-bending persona shrie’, which is perfect. The title of that piece was ‘MAYBE I JUST WANT SOMEONE TO HAVE SEX WITH WHO WILL LIGHTLY CHOKE ME WHILE I’M ON TOP’. That title might seem glib, and it deliberately is, but the piece itself is funny, and intellectual, and in good part deeply serious. What distinguishes Hana’s early work is a search for community – its destruction and reconstruction. Growing up with one foot in Australia and another in New Zealand, Hana was caught between two different communities. In Australia, a migrant and a settler, and in New Zealand: Indigenous. That’s a difficult displacement, but one that Hana works through delicately and insightfully in her pieces, whether they’re a Dodie Bellamy-type stormer or an Edward Said-like discourse. Last year, Hana and their publisher at Compound Press brought together some of their best work from the last half decade. A Bathful of Kawakawa and Hot Water (2020, Compound Press) sold out its first, second, and third print runs and pieces from the book have appeared in New Zealand media outlets like the Spinoff and prestigious international outlets like Granta, a testament to Hana’s reach as a writer of different content and forms. In this interview, we sat down together as interviewer and interviewee.

Morgan Godfery: Kia ora Hana. Ngā mihi mahana ki a koe. Thank you for agreeing to talk about yourself and your work. It’s a privilege to talk to you in this setting, even if it’s a little strange to do it as your partner.

Hana Pera Aoake: Kia ora Morgan. You are the person who knows me best, so while it’s strange it feels like we can be very open with one another.

MG: The first question I have is: no hea koe?

MG: You spent a part of your childhood moving from place to place, school to school, in Queensland, Australia. Do you ever think about how that experience – as manuhiri on Aboriginal land – shapes you and the way that you relate to land and water?

HPA: I vividly recall as a small child visiting New Zealand and driving past the Waikato River and my parents telling me: ‘that’s your river’ to my sister and I. As a child growing up in Australia, I always had an understanding that I had a land and water that I belonged to that was where I had come from, but I also felt a sense or understanding of the responsibility of being a guest on someone else’s land. Australia wasn’t my land.

I lived in small towns in Australia across Queensland mostly in gold mining areas. I remember always feeling angry at the relationship between settlers and Aboriginal communities and knew that so-called Australia was their land. Living in Australia taught me a lot of things about what racism and otherness is and it was a brutal lesson. Its telling to me that someone as bigoted as Bob Katter is still in parliament from when I was a child. I still remember the way he spoke about Aboriginal people and migrants in the 1990s. That kind of rhetoric felt suffocating there at times and I have spent a lot of time unlearning. I think growing up in Australia radicalised me, because I witnessed the injustice of colonisation and racism and I couldn’t ignore it. I saw the lack of respect given to Aboriginal neighbours, friends and classmates and often knew what that was, but had trouble finding the language to articulate what was wrong. I think about this a lot and feel ashamed at not saying things when I could have and feel humbled by the times I did. I was a kid though so I feel like the adults around me could’ve done better.

I often think about the way I was treated and of being seen as ‘okay’ because I was a ‘mowrey’ and how wrong that felt. I remember the way people looked at my visibly brown father and the way he was treated. I felt like people were afraid of him or waiting for him to do something wrong. It was an awful feeling that sits in the pit of your stomach and makes you feel sick and very protective of that loved one.

Pages: 1 2 3
This entry was posted in INTERVIEWS and tagged Hana Pera Aoake, Joseph Churchward, Morgan Godfery. Bookmark the permalink.
Morgan Godfery(Te Pahipoto, Ngaati Manaipoto, Ngaai Tuhhoe, Ngaati Tuuwharetoa, Lalomanu (Samoa)) is a writer and trade unionist. He is the editor of The Interregnum, published by Bridget Williams Books in 2016, and has columns with Metro and The Guardian. Morgan also regularly appears on radio and television as a political commentator, has authored numerous academic chapters and peer-reviewed journal articles, and works in Research and Enterprise at the University of Otago and is an associate at The Workshop, a public policy thinktank. Morgan is also a former staffer for the late Parekura Horomia, the Minister of Māori Affairs in the 5th Labour government.


More by Morgan Godfery on Cordite Poetry Review →
Hana Pera Aoake (Ngaati Hinerangi me Ngaati Raukawa, Ngaati Mahuta, Tainui/Waikato, Ngaati Waewae, Kaati Mamoe, Waitaha) is an artist and writer based in Te wai pounamu, Aotearoa. Hana published their first book, A bathful of kawakawa and hot water in 2020 with Compound Press. Hana holds an MFA in Fine art from Massey University (2018) and was a participant in the ISP programme at Maumaus des escola artes (2020). Hana is a current participant in Regional assembly, an artist-led online studio programme connecting cultural practitioners working in regional and remote geographies across the Asia-pacific.