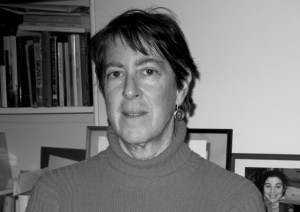 “Post-avant” poetry is widely considered to be an important branch of the post-modern tree. Yet, a distinction exists between post-avant & “po-mo” in other genres & art-forms. Po-mo visual art, as it exists in video work, installations, paintings & movies, often focuses on bold deconstructive analyses of specific people (sometimes the artist, him or herself; sometimes someone the artist knows, admires, or reviles). Tracy Emin's “Bed” installation, Warhol's portraits, Jeff Koons' mock-porn “Made in Heaven” series (which features Koons in various sexual positions with his porn-star wife “Cicciolina”) are all examples of this.

Po-mo visual art, as it exists in video work, installations, paintings & movies, often focuses on bold deconstructive analyses of specific people (sometimes the artist, him or herself; sometimes someone the artist knows, admires, or reviles). Tracy Emin's “Bed” installation, Warhol's portraits, Jeff Koons' mock-porn “Made in Heaven” series (which features Koons in various sexual positions with his porn-star wife “Cicciolina”) are all examples of this.

Post-avant poetry is distinguished from other forms of “po-mo” by its deliberate shying away from the directly “personal” (despite a generally held respect for the New York School & Frank O'Hara's “Personism”), as well as its engagement with “morally motivated abstraction”. That is, post-avant poets are engaged with a struggle against the “epiphanic I” (poet-as-bearer-of-universal-truth, as expressed in the “language of epiphany”) that predominates in the milieu of Centrist poetics (for example, in the work of Billy Collins, Ted Kooser or Mary Oliver).

Lyn Hejinian refers to the “smug pretension to universality” (Hejinian, 41) predominant in Centrist aesthetics, & this perception is widely shared. Post-avant poets are adamant that for a poet to take a simultaneously personal and authoritative stance in a literary context is not morally defensible in our complex, relative, dynamically unpredictable world. The question of the poet's “place” becomes urgent, and post-avant becomes a struggle for appropriate “contextual” stances. If the poet's “I” is not to be authoritative, what is it to be?

The answer seems to be that the poet's “I” must act as a verb, rather than a noun; the “I” must be a searching-for-a-self, rather than an assumed constant. The self is perceived as “dynamic” rather than “essential” (Hejinian, 203), a process rather than a stabilized, identifiable element. As such, post-avant poets look to poetry for a way to question the established values of socially constructed identities; poetry becomes a means whereby complacence is transmuted into a quest for moral, social, aesthetic, & personal justification.

At key moments, an equilibrium is achieved which allows the poet glimpses into the universal; the poet “traces the primary laws of our nature” (Wordsworth, 78) without claiming them as a privilege or excuse-to-pontificate. What is at stake are the domain-claims of art-in-itself; how art and morality can become unified in the search for meanings, both interior and exterior, personal and universal. The poet employs “Negative Capability” to express contradictions and oppositions, harmonies and discords, without affixing his or her identity to any fixed locale.

The theory determining this method is that by taking out the “I”, the post-avant poet can develop a more comprehensive view of the human condition as it exists in the world: in politics, art, social groups, countries & histories of art, politics, social groups and so on. In addition, by eschewing the epiphanic “I” (who usually has a sermon of some kind to deliver), the post-avant poet is free to cultivate a unique relationship to language, which often takes the form of a kind of interrogation.

The poet “looks into words”, divines for the sub-texts that hover around linguistic structures and nuances. In this process, language itself, and the manner in which it determines our lives, becomes the focus of scrutiny. Part of the function of poetry is seen to be the enumeration of the “word-as-word”, achieved by a scrupulous & detailed assault on linguistic convention. This is where L=A=N=G=U=A=G=E poetry begins.

This is achieved at a definite cost: the poet must eschew convention, set him or herself loose from the shackles of history, willingly sacrifice appeals to a Centrist audience. No one is more sensitive to the struggles and rewards of the post-avant approach than Rachel Blau DuPlessis. Working in the tradition of George Oppen, whose Objectivist legacy looms large in the eyes of the post-avant community (the Objectivists were perhaps the first group to fully appreciate the importance of transforming the poet's “I” into a kind of objectively seeing “eye”), DuPlessis has crafted a long serial poem, “Drafts”, out of this struggle against the hegemony of poetic epiphany and “ego orientation”.

No way seeing is-ness
no way saying it-ness
except resistance.

Contained in these three brief lines is a summation of post-avant, via Objectivism. The repetition of “no” clues the reader in that Blau DuPlessis' aesthetic hinges at least partly on a rejection of traditional values. She is saying no to “acquiescent” poetry, which “sees” and “says” in traditional ways of seeing and saying (that is, ways that support an egocentric, “universalized” view of the world-as-seen-by-poet).

DuPlessis' use of neologisms (“is-ness”, “it-ness”) is also revealing, suggesting as it does an engagement with theory and theoretical approaches to art (neologisms being common in post-structural and other kinds of theory). Indeed, one hallmark characteristic of post-avant poetics is an engagement with, and immersion in, theory. It would be very unusual to find “post-structural” overtones in a Centrist poem; Centrist poets often seem mistrustful of theory-in-poetry.

Yet, for DuPlessis, theory becomes a kind of armor, allowing for more total and “centralized” resistances against the prevailing trends and currents of Centrist complacency. Also revealing is the quick back-to-back references to “seeing” and “saying”; for the Objectivists and their progeny, “seeing” & “saying” are intimately linked. The poet cannot “say” something “Objectively valid” until it's been “seen”; “ego-seeing” and “pretense-seeing” are no longer valid poetic/aesthetic gambits.

DuPlessis' work, snugly as it fits into a post-Objectivist model, is also highly unusual. DuPlessis frequently uses common, “traditional” poetic devices that post-avant poets tend to frown on, like rhyme and assonance. This gives her work a wide “referential center” and establishes her as an independent poet, not bound by dogma (Objectivist, post-avant or otherwise). As she writes in Draft #43, “Gap”:

any statement,
any micro-sleight,regular tone or
so-called foreign

is “an oversimplification of the situation
we actually are in.”

DuPlessis makes clear that she is her own poet, not confined by anyone else's aesthetic, political, or moral ideology. Her affinity with Oppen and the Objectivists is clear, but it seems to be merely that: an affinity. She's unwilling to simplify her work to conform to a “package-pattern”. These lines are also useful, in that they reveal art and morality as ineluctably bound; if we are going to write poetry, it would be profoundly “immoral” (or, as Sartre would say, in “bad faith”) to oversimplify things.

Yet, this is “read in”: DuPlessis' morality remains, to a degree, abstract, and one must be somewhat familiar with her lineage to fully appreciate what she is saying. To a reader with the right background & mind-set, DuPlessis' work can become incandescent, beacon-like. This is not to suggest that DuPlessis' poems can safely be labeled “genre” work, fashioned for a particular, specialized audience. The manner in which she uses tradition and traditional devices sets her apart somewhat from the majority of post-avant poets (whom one could conceivably group under a “genre” rubric).

What DuPlessis does share with her post-avant cohorts is an overriding concern with poetic “process” and the scruples necessary to “use” it without abusing it. The essential moral issue (which stopped George Oppen dead in his tracks for twenty years) is whether poetry itself is a worthy endeavor in an oppressed, corrupted, oppressive and corruptive world. The “process” of creating poetry is there to be “scrutinized”, “put on the spot”. Poetry and poets themselves are given no kind of free ride; “true”, penetrating gravitas must be earned through long and meticulous labor.

This all seems very concrete, and it is; abstraction enters the picture when words begin to appear on the page. There, “process” demands that language “have its own way” to a certain extent; nose-on-the-face inquiry would be too egocentric, the flip side of the “epiphanic” coin. Words go where they want to go; if they are not presented in a self-serving way, “there can still be a game” (Barthes, 4).

The image of Rachel Blau DuPlessis comes from the Salt Publishing website.

This entry was posted in ESSAYS, FEATURES and tagged Rachel Blau DuPlessis. Bookmark the permalink.
Adam Fieled is a poet based in Philadelphia. He has released five print books: "Opera Bufa" (Otoliths, 2007), "When You Bit..." (Otoliths, 2008), "Chimes" (Blazevox, 2009), "Apparition Poems" (Blazevox, 2010), and "Equations" (blue & yellow dog press, 2011), as well as e-books like "Beams" (Blazevox, 2007), "Disturb the Universe: The Collected Essays of Adam Fieled" (Argotist e-books, 2010), and "Mother Earth" (Argotist e-books, 2011). He has work in Jacket, Cordite, Pennsound, Poetry Salzburg Review, the Argotist, Great Works, Tears in the Fence, Upstairs at Duroc, and in the & Now Awards Anthology from Lake Forest College Press. A magna cum laude graduate of the University of Pennsylvania, he also holds an MFA from New England College and an MA from Temple University.