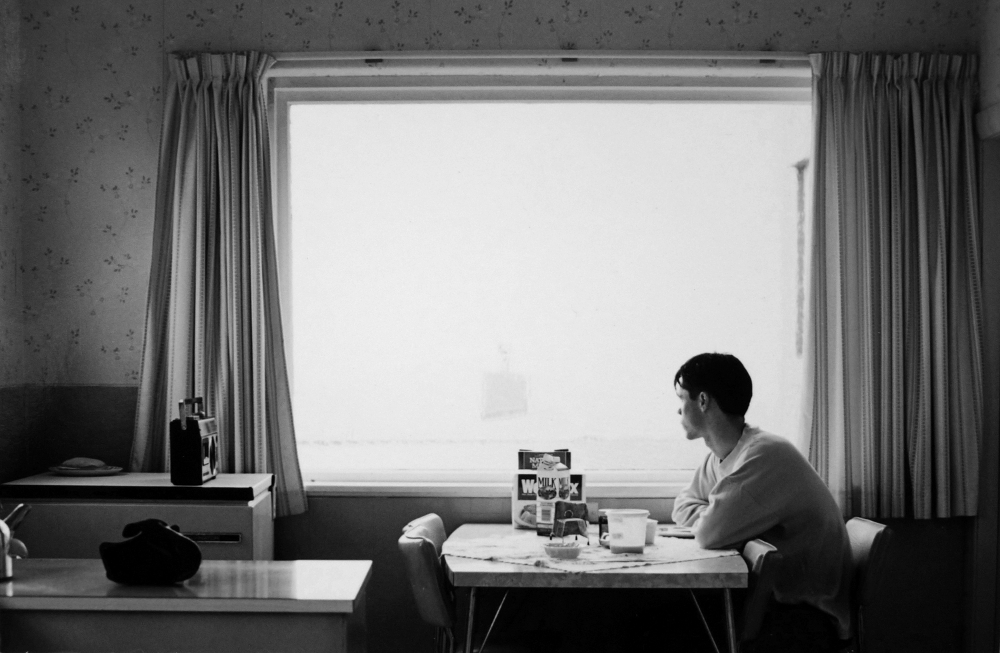 One Sunday, when I was an art student in London, I got on my bicycle and left my parents’ vicarage in Surrey for my room in Murray Mews, going along the River Thames and through London’s parks: Bushy Park, Richmond Park, Hyde Park and Regents Park. I was stung by a bee or wasp somewhere around Shepperton which got my blood up and I raced towards the city, perhaps a little too fast for my own good; a reaction to adversity.

I didn’t know how to respond to the Christchurch shooting. It was so out of the blue. By chance a few days after the attack happened to be the launch in Wellington of a collection of poems by migrant and refugee poets in New Zealand called More of Us from Landing Press. It includes my poem ‘When you least expect’, about a series of terrorist bombings near places I was staying in London, Cairo and Madrid. The most devastating for me was back in 2004 where I live in Madrid, about six months after I’d moved to Spain. A series of explosions on the local train network during the morning rush hour killed 193 people and injured around 2,000. I was on a train heading out of Atocha station as the backpacks containing the bombs were abandoned on packed trains heading towards Atocha. I must have heard one of the explosions in the distance lost in the noise of the train but it was only when I arrived at 8.00am at the company where I gave English classes and found my students huddled around the radio and online, searching for the news, that I learned what had occurred. They were surprised I’d managed to get to work. We didn’t have the class that day and I made my way into Torrejón de Ardoz and found where to catch a bus back into Madrid.

Life went on but little things had changed. The day after the bombing over a million people made their way down to the Paseo del Prado, a principal boulevard in the city centre, and stood together in the rain in quiet solidarity against terrorism. A few days later I was in a company workshop but felt it wasn’t valuable for me so I made an excuse about still being affected by recent events and left. In the mornings, once the trains were back up and running, there were fully armed military on the station platform. I thought it was unnecessary after the event and only added to a feeling of unease and insecurity, although it was supposed to reassure the population I guess. I wonder how people in New Zealand are noticing the changes in both society and themselves? Sometimes these feelings are more an emotional upwelling inside than something that can be explained. This could be anger, fear, sadness. Like a physical trauma, it will take time to heal.

As a parent this situation must be particularly difficult. A friend in Christchurch, Michael O’Dempsey, shared, ‘When the earthquake came it wasn’t personal, there was no malice in it. It just was. We were able to explain it to our children. The mosque shootings are so much harder to rationalise because of the malice and intention involved.’ I think back to my childhood in New Zealand, growing up in Culverden, Dunedin and Wellington before we moved to London in 1981 when I was almost twelve. Our church sponsored refugees from Vietnam and Cambodia who were escaping violence and poverty in their own countries. In my other poem in the More of Us collection, ‘The chess game’, I reflect on making friends with a Cambodian boy my age and him picking up English as we played together. He and his brother and sisters had lost their father and risked their lives trying to get fresh vegetables to eat, living in a refugee camp. Perhaps as children we adapt better than as adults to change and difficulties? But then again, the levels of violence children are exposed to on television, through social media, friends and gaming – where the graphics have become so much more realistic, and being online can expose children to other challenges – have increased since then, as have anxiety related illnesses in children. Parents are also finding it increasingly difficult to process all the information and make sense of an international interconnected landscape with its multiple political, corporate, and religious spheres, and often don’t have the time or the skills to help children reach a better understanding of the world. As my sister said to me, ‘Much of the time we don’t understand the world ourselves, so how can we explain this without adding more fear to our children’s minds’. Perhaps we shouldn’t try to rationalise the irrational but just tell our children how we feel and make time to listen to them as they express how they feel. Empathy with each other, whether our own family or with people from different cultures from ours, is a valuable skill we can practise.

I was recently at a book presentation in Madrid, of Metamba Miago (Our Roots), by a group of Afro-Spanish women writers. Psychologist Marjorie Paola Hurtado spoke about the anxiety that is accumulated over years growing up black in a predominantly white society through constant comments or asides. From always being asked where are you from, to overt racism, all the writers had multiple examples to tell. She explained that this anxiety is not something that can be cured in a day but needs work and support. Some people become so accustomed to the situation they find themselves in they no longer question it and it takes an extreme event to trigger an attack of anxiety for which they may not understand the cause. This rang a bell for me. I had a period of acute panic attacks not long after finishing university when I was living in Camden Town, London. They seemed to come out of the blue and it wasn’t immediately obvious to me what had triggered them (or even what they were); and the underlying cause of, or propensity to, anxiety was much harder to comprehend. At the time, I read a number of books about panic attacks which, although they gave advice, were not especially helpful, except in knowing that others have gone through a similar thing. I see with dismay that the recently published Headlands: New Stories of Anxiety (Victoria University Press, 2018), like the books I read in the ‘90s, has an anxiety-inducing cover design. I’m all for dark humour but – publishers take note – I was not in a good place when I had to read these books and the off-kilter text or cover images depicting depression didn’t exactly say ‘relax, I’m here to help you’. But I digress. I have been meaning to write about my own experience, but perhaps I needed a push. The trigger to set me writing could have been the Christchurch attack, the insight of psychologist Hurtado, or a friend confiding to me recently that they are on tranquillisers, but as I said, this has been on my mind off and on over the years and in the end it would perhaps surface in my writing anyway.