Thanks for your letter. When Kent MacCarter first invited us to co-pilot this little Cordite dinghy and asked for our thoughts on transpacificism, I fell back on the opening lines of Richard Brautigan’s ‘Pacific Radio Fire’ – ‘The largest ocean in the world starts or ends at Monterey, California. It depends on what language you are speaking’. A tiny story of radio-burning and quotidian heartbreak, it is a narrative speck on the Pacific rim, dwarfed by ‘the hugeness of the Pacific Ocean with all its vocabularies’. Indeed, the Pacific, as a whole, is unfathomable. 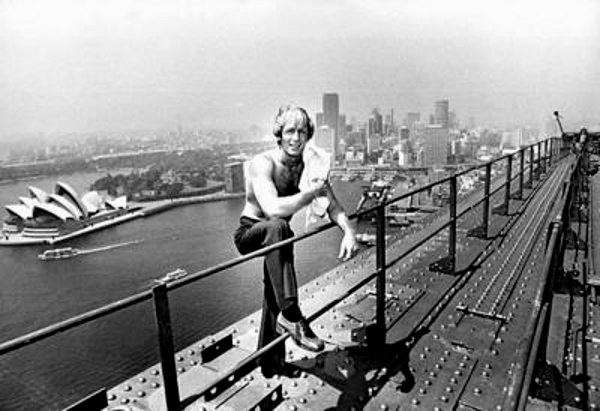 I’ve noticed that most writers have their own means of denoting space for an idea that has yet to be articulated. Mine looks like (…). Yours is [///]. Perhaps we can ascribe a vague shape to this unfilled space, perhaps we even recognise it as having a particular cadence or rhythm – we just haven’t yet found a way of fitting language to it.

In the case of the Pacific, how else can that space, that parenthesised wordlessness be articulated but collectively? For the sake of this issue, ‘trans’ – across, over, beyond – provides a literal and conceptual starting point. If we are going across, over, beyond, there must then be origin and destination, a point A and point B. As well as the more direct interpretations of migration, both human and animal, we see that expanse traversed though other means; linguistically, commercially, epistolarily.

I first read many of our thousand-odd submissions while in transit across the Pacific, scrolling through Guam, Japan and Tonga en route to my first Northern winter. There are always poems that manage to find you right where you are, and there were poems that found me cruising at an altitude of 40,000 ft, steeped in the unhealthy glow of a laptop as my fellow passengers folded themselves into awkward parodies of sleep. I read B R Dionysius’ ‘On Not Having Encountered Snow, Aged 43’ never having encountered snow (aged 28). A few days later, tramping over icy footpaths to meet you on Rue Saint-Viateur on an innocuous minus-ten-feels-like-minus-twenty afternoon, I was the coldest I had ever been (and handling it with somewhat less grace than a migratory whimbrel). While most of our editorial discussions would later echo lines from Ian Gibbins’ ‘Dateline’ – ‘the telephone rings/and we stop, on time, today again yesterday’ – here was a brief window of synchronicity. Although the internet is, as Susan Shultz put it, ‘the fastest of the many kinds of canoes that have crossed the Pacific’, it cannot outstrip Skype glitches and conflicting sleep patterns.

So, in a small café in Mile End, we exchange editorial approaches and provide contexts for poems that respond to our nations’ politics. I attempt to explain how Australia has effectively excised Australia from Australia’s migration zone, and turn to Mark Roberts for help. We begin mapping out the issue, in a more literal sense than is typical; a curation that is part cartography. Though if it is to be taken purely as a map, the result could never be anything but incomplete; the faint tracing of coastlines and the smatterings of language heard a long way from shore. If we are to assign a function to this issue, it is more one of journey—the crossing, the over and beyond. I’d like to think it brings us a fraction closer to fathoming the [///].

All best from Melbourne,
J.

This entry was posted in ESSAYS and tagged Josephine Rowe, Michael Nardone. Bookmark the permalink.
Josephine Rowe is a Melbourne based writer of fiction, poetry and non-fiction. Her recent work appears in Best Australian Stories, Best Australian Poems, Meanjin, The Iowa Review and the forthcoming issue of Harvard Review. Her new short story collection is Tarcutta Wake (UQP, 2012).