Instapoetry: The Anxiety of the Influencer 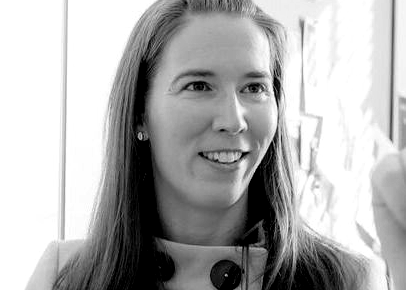 On Instagram, old questions about sincerity and identity in the lyric voice meet new pressures from the digital attention economy. This collision has produced evolutions in form, but also prompted critical questions about the Instapoem’s commodification of selfhood and about the vexed categories of aspiration, representation, and authenticity in contemporary poetics.

Many commentators have observed Instapoetry’s curious resistance to criticism. Soraya Roberts argues that ‘admirers focus on its genuine feeling, its emotional truth. Critics shrug it off, claiming it’s just not their thing.’ As Roberts puts it, ‘Instagram is the affirmation medium’, noting that the messages of Instapoems are, overwhelmingly, encouraging. Responses to them follow the same logic: there would be something incongruous about bringing a tone of critical assessment to bear on messages that are themselves so roundly positive. There isn’t a forum in Instagram for saying ‘I don’t like this’ or ‘I like this but I think you should rework line two’: the only response possible in the medium is the enthuse. In fact, under these circumstances, attention itself becomes fused with approbation – you either don’t pay attention or you give praise; you like it or you nothing it. This is part of Instagram’s community-building function: in a digital landscape where Twitter is for spats and Facebook is for feeling your tribalism clench around you, Instagram is where you find people who like and are like you.

Less discussed is the way in which the verbal-visual format of the platform closes off criticism through the Instapoem’s particular construction of identity: the identity of both writer and reader. This conflation between writer and writing happens because Instagram is selling the self, in that the product proffered by an Instagram post is at once the image and the individual behind it. Instagram itself operates through the logic of the gestalt: the identity of the creator combines with that of the image just as individual items in an image form a composite. An Instagram picture of breakfast, in other words, isn’t the same picture if the plate of food is not set off by a cactus, a candle, and sunglasses angled with the precision of an Edwardian butler. The image is then set in the larger amalgam of previous posts on the grid, creating an overall picture of the account and its creator. Just as the words and image are taken together in the post, then, the Instapoem and its creator can’t be untangled. This structural feature of Instagram is part of what creates roadblocks to productive critical conversations about Instapoetry, but its fraught relationship to the category of authenticity contributes too.

While authenticity is often claimed as part of the value of Instapoetry, Instagram’s other defining structure – its logic of disclosure and display – complicates this: choosing to ‘share’ a moment of one’s life is also an act of self-construction. This act of construction extends to the reader, who often finds themselves being directly addressed through a kind of universal interpellation. As Anna Lewiska notes, there is a lot of second person speech in Instapoetry. Instapoetry’s ‘you’ suggests the individuality of selfhood – the addressee is you, specifically you – but because this ‘you’ could be anybody, it is also strangely anonymous. The reader is at once the addressee and the overhearer of a conversation with somebody else. As Claire Fallon writes, ‘anyone can see themselves in Atticus’s poetry, and what they’ll see is a slightly heightened version of themselves, enigmatic and alluring.’ The Instapoem’s second person mirrors a broader tension in Instagram between the expression of individuality and the formation, indeed homogenisation, of it: on the one hand, individuated authenticity is prized currency (literally), but on the other, on Instagram everybody’s eyebrows look the same.

Many Instapoems are about an unnamed ‘her’: this can be anybody in the same way that ‘you’ can be, setting up the same dynamic of universal applicability. We often don’t find out much about ‘her’: that would get in the way of this blanket identification. The second-person voice sometimes also issues the ‘you’ instructions about this ‘her’, as in the famous Atticus line apparently widely requested in tattoo studios: ‘Love her but leave her wild’. To whom is this injunction addressed? To the one who loves the ‘she’, or the ‘she’ the reader identifies with? This kind of proxy identification allows the reader not only to construct the self, but the self via another: the self as she would like to be loved. This is at once authentic in that it involves people’s real feelings, but it is predicated on a kind of originating lack of authenticity, in that the template needs to be blank enough to fit all comers.

What do we lose in this process of identification? There is something dubious about the construction of femininity in the celebration of ‘wildness’ in Instagram’s generically unforgettable women. Being free is what we all want but there’s something a bit Cool Girl about freedom framed only as an operatic ‘wildness’. Are you lovable if you’re not someone who, in the words of R H Sin, ‘burned flames and drowned oceans’? What if you don’t feel like being extra? If you’re just regular? This, then, is another of the ironies of framing Instapoetry as a space which encourages readers’ love for themselves as they are. Clare Bucknell captures some of these contradictions well: in Instapoetry, ‘men can write about women as if they are perfect … but women are barred from calling their own bodies perfect without having acknowledged their imperfections first.’

The self as reader being addressed by the Instapoem has also become an aspirational identity – not so much for the experience of reading but for what the act of reading allows the subject to think about her or himself. This was of course ever so, but in the age of social media, thinking of oneself as a reader takes on a specific (phantom) texture, in which the physicality of books sits in commodified opposition to the digital. The aspirational tinge of readerliness in Instapoetry is all the stronger given that the image of someone reading a book is, by definition, being experienced on a screen. Glasses here also function as the same kind of overdetermined signifier, as these three-dimensional objects – books, glasses, fountain pens – turn into props for each other and for the idea of bookishness. As Bucknell notes, in Instapoetry, ‘posts present poems in the same way adverts place products’, noting the propensity to set the poems next to sundry desireables, whether these be ‘quartz crystals’, ‘white duvets’, or ‘gym-honed abs’. In this case, physical objects like books and glasses become a kind of material synecdoche associating readerliness with hipster glamour, placed in composite images with other tokens of material aspiration like marble surfaces and eucalyptus sprays – put anything next to a eucalyptus spray and it becomes the Etsy version of itself. The same patterns characterise the commodification of the self-as-writer: Instapoetry has a tendency to perform writerliness as a lifestyle defined by non-writing markers, drawn from a mid-century moment when women were women and writers were Kerouac. We see no bureaucratic modernity, no highlighters, post-it notes, chewed biros or Microsoft. Instead, there are typewriters, moleskins, yellow paper with coffee rings, whisky, cigarettes, Courier New.

Readerliness and writerliness in the Instapoem stand in not only for a kind of ruggedness or hot librarianhood, but also for the idea of self-care. Instagram poetry’s images show books paired with other signifiers of elevated relaxation – steaming mugs, bed sheets (waffle not Spiderman), spa candles and succulents. Various Instagram poets explicitly characterise their work as therapeutic. R M Drake writes: ‘it’s self-exploration and self-therapy’. The question becomes: how does the self-therapy of the poet line up with the self-therapy performed by the reader? The therapeutic processes of reading poetry more broadly can take many forms, but one of these can be characterised as a process of discovery: coming to know or see something, about yourself or the world, that you didn’t see before. In order for this discovery to take place, there needs to be, by definition, an engagement with something beyond the self and the known. However, those who talk about the soothing power of Instapoetry often focus on ideas of familiarity and self-recognition. While on the one hand, seeing oneself reflected back has its own consolatory power, there is something claustrophobic in experiencing only the results of your own choices: there is none of the loft of randomness.

Pages: 1 2
This entry was posted in ESSAYS and tagged Bridget Vincent, Claire Fallon, Soraya Roberts. Bookmark the permalink.
Bridget Vincent completed her PhD at Cambridge University as a General Sir John Monash Scholar and then held a McKenzie Postdoctoral Fellowship at the University of Melbourne and an Endeavour Research Fellowship. She is now an Assistant Professor in Modern Poetry and Poetics at the University of Nottingham and was recently awarded a British Academy Rising Star award for a project on literature and attention. She writes on poetry and ethics, with particular attention to the writings of Geoffrey Hill, Adrienne Rich, Seamus Heaney, and Judith Wright. Her first book, Moral Authority in Seamus Heaney and Geoffrey Hill, is coming out with Oxford University Press in 2021. She also writes creative nonfiction and opinion pieces, and has published these in The Guardian, the Times Higher Education and the Age.