Michael Aiken is a writer living and working in Sydney. His first collection, A Vicious Example (Grand Parade Poets 2014), was shortlisted for the NSW Premier's Kenneth Slessor Prize and the Mary Gilmore Prize, and the cover design by Chris Edwards was also shortlisted for the Australian Book Design Awards. In 2016, he was the recipient of the Australian Book Review's inaugural Laureate's Fellowship, for which he wrote the book-length poem 'Satan Repentant' under the mentorship of David Malouf.

The Secret Council of Raphael and Michael

A secret cave in the glacial wastes of gas and air stretching beyond all comprehending: a light, tiny, unwavered, the faint glow a beacon to that chiefest coven of principals, prior to the fall the greatest array of lordly wings … 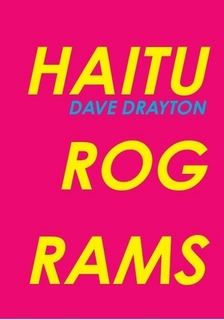 Composed of nine distinct sections, Canadian poet Monty Reid’s Meditatio Placentae is more like a collection of chapbooks than individual poems. Most of those nine sections have previously appeared as separate publications, and each certainly works as a discrete sequence. The whole is loosely held together by a combination of mundane subjects and a nightmare-like, alien perceptiveness; rather than building a continuous collection, the sections create a context of transition from one mode to another. 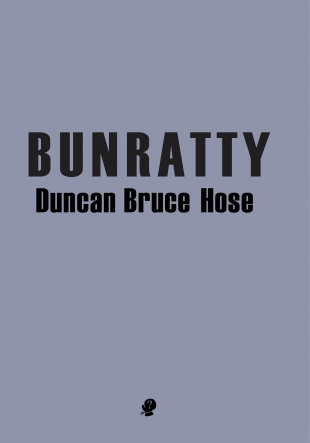 The bio of Duncan Bruce Hose describes the Australian poet as coming from ‘the softslang line of the chansonnier, whose reference points range between Trefoil Island, Melbourne and Coney Island.’ In Bunratty, his third collection, that ‘softslang line’ delivers a suite of deftly composed (post)modernist folk songs, characterised by a highly idiosyncratic orthography and a preoccupation with sex and booze. 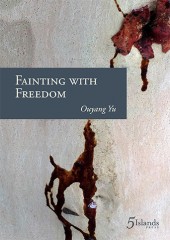 Ouyang Yu is a prolific writer whose combination of occupations – poet, novelist, translator, academic – gives some context to this book’s obsessive engagement with word, language and meaning. His biographical note mentions that he came to Australia at the age of 35, and there’s a pervasive trope in Fainting with Freedom of a stranger-in-a-strange-land’s curiosity for the materiality of language and its malleability: something akin to what Kerouac once alluded to when he described his relationship to English – a language he didn’t learn until he was eight – as a tool he could very consciously manipulate as necessary for effect and meaning.