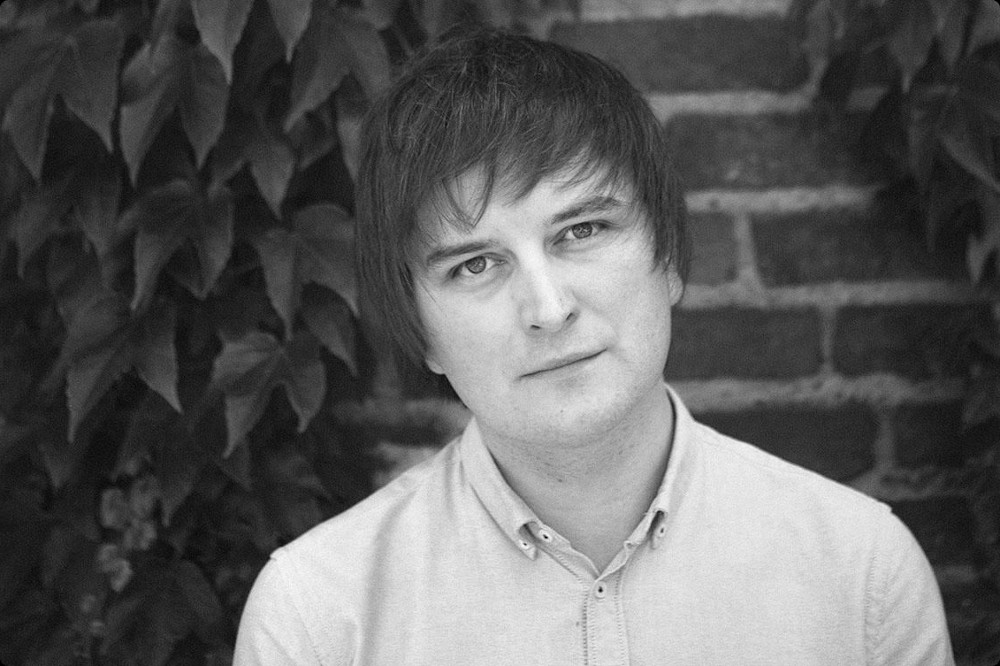 In the summer of 2015, Grzegorz Kwiatkowski and his friend Rafal Wojczal made a gruesome discovery. Walking through the forest outside what was once the Stutthof Concentration Camp, where Kwiatkowski’s grandfather had been interned during the Second World War, the two young men came upon several thousand old shoes. They were grimy and grey: single shoes, shoes in pairs, men’s, women’s, children’s shoes, all of them tattered, weather-beaten, many decades old. As Kwiatkowski and his friend cut their way through the undergrowth, they were to find many thousand more. These were the shoes that had been gathered en masse by the Germans during the war, taken from people murdered in Nazi concentration camps throughout Europe, and brought to Stutthof for a macabre recycling project, to be reworked into an array of practical leather goods.

Today there is a museum on a small part of the sprawling terrain of the Stutthof Concentration Camp. Grzegorz and his grandfather would go there when Grzegorz was a child, and his grandfather would weep. As part of the exhibit there is a great mound of shoes. But, as Grzegorz realised after his discovery in the forest, the mound of shoes exhibited in the museum is just a token. It is not indicative of the ‘mountains of shoes, bigger than houses’ that Sarah Hannah Matuson Rigler, who had been interned in Stutthof as a teenager, reported in 2010. ‘Mountains. I’m talking about as tall as buildings.’ She said there had been notes in many of the shoes – as they faced death, people scribbled last messages, hoping they would not be forgotten.

The many thousands of shoes Kwiatkowski and his friend found in the forest had been dumped and buried in the 1960s by a Polish government that felt it was better not to dwell on the painful and controversial years of Nazi occupation. A manageable number of shoes had been selected for the Stutthof exhibit; the rest were thrown away.

For Kwiatkowski, these actions and actions like them are symbolic of society’s preference for silence in the face of history’s terrors. In the poems translated here, he brings together the stark voices of victims, perpetrators and collaborators, all bearing witness – in very different ways – to the brutal crimes of Nazi-occupied Poland. The voices in these poems are woven together in a subtle and ruthless tapestry: farmers speak of recurring massacres as if they were seasonal crop cycles; German soldiers remember the droll image of desperate people foolishly running in circles as they are hunted down in the fields; a woman, about to be murdered, weeps in the forest with her son. The poems are frightening testimonies: short, distilled, often cool and cold. Particularly frightening are the narrations of the perpetrators and apologists, voicing in drab banality acts of sudden and devastating brutality. As Kwiatkowski warns: ‘We must not forget our tragic past because it might well return. The mechanism for its return has already been set in motion.’

Pages: 1 2 3 4 5 6 7
This entry was posted in TRANSLATIONS and tagged Grzegorz Kwiatowski, Peter Constantine. Bookmark the permalink.
Peter Constantine is a literary translator and editor, and the director of the Literary Translation Program at the University of Connecticut. His recent translations, published by Random House (Modern Library), include The Essential Writings of Rousseau, The Essential Writings of Machiavelli, and works by Tolstoy, Gogol, and Voltaire. His translation of the complete works of Isaac Babel received the Koret Jewish Literature Award and a National Jewish Book Award citation. A Guggenheim Fellow, he was awarded the PEN Translation Prize for Six Early Stories by Thomas Mann, and the National Translation Award for The Undiscovered Chekhov. Peter Constantine has been a fellow at the Cullman Center for Scholars and Writers at The New York Public Library and a Berlin Prize Fellow at the American Academy in Berlin.


More by Peter Constantine on Cordite Poetry Review →
Grzegorz Kwiatowski is a Polish poet and member of psychedelic rock band Trupa Trupa. He is the author of several books of poetry revolving around the subjects of history, remembrance and ethics, and has been a beneficiary of numerous international literary programs and artist’s residencies. He co-hosts the University of Oxford workshop Virus of Hate, and has been a guest lecturer at the University of Cambridge, the University of California, Berkeley, Stanford University, Johns Hopkins University, the University of Chicago, Jewish Theological Seminary, and Miroslaw Balka’s Studio of Spatial Activities at the Academy of Fine Arts in Warsaw. His music and literary works have been published and reviewed in The Guardian, Modern Poetry in Translation and Rolling Stone, among others.