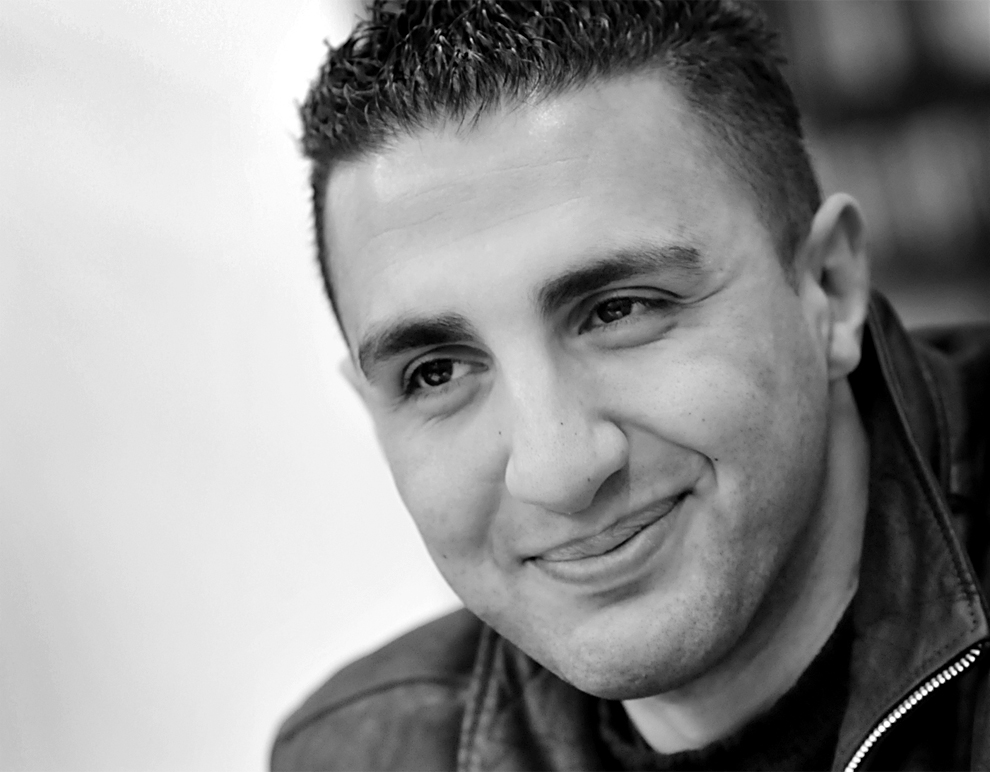 Born and raised in Jerusalem, Najwan Darwish has been hailed by the New York Times Book Review as ‘one of the foremost Arabic-language poets of his generation’. Nothing More to Lose, superbly translated by Kareem James Abu-Zeid, is his first collection in English and it more than justifies the claim. Given his upbringing in Jerusalem, a city drawn and quartered along lines of identity, a city with multiple meanings, it is no surprise to find that faith, power, race and trauma are the dominant threads Najwan expertly uses to interrogate histories and weave his own truths.

Given the Israeli occupation of Palestine, it is by now rote to assume a Palestinian poet must be defined by resistance or rage or some mix thereof, but that is not the case here. Darwish skips where you might expect him to march, laughs where you might expect him to curse; always defiant of expectation, sometimes he’ll do all four in the one poem.

His vision is not so narrow, nor so insular, as to be defined by a border. Indeed, living in contested territory, among so many fault lines of self, no doubt ensured he would always look beyond it. His is a restless spirit, and this diverse collection reflects a global outlook. Darwish speaks of Jewish pain, of Armenian, Kurdish, Amazigh and Palestinian trauma too. Wherever oppression has stamped its foot, he seems to have visited in mind and heart, as if to say, ‘I see you here too, you cannot hide from me.’

He speaks not just with an eye to history, but to all histories, including his own, as with ‘In Praise of the Family.’

Selected from his poetry over a 15-year period, the poems in Nothing More to Lose are exhilarating in their range and scope, offering deep cynicism, grief, hope and humour, as well as the language of faith, if not faith itself. There are few poets who can handle such weighty themes with such skill and brevity, but Darwish pulls it off with enviable ease, managing not just to write of life itself but also of himself.

Given the tonal complexity and lyricism on display, it is a testament to Kareem James Abu-Zeid’s skill as a translator that he was able to carry so much across to English, and lose so little. If you haven’t yet had the pleasure of reading Nothing More to Lose, I urge you to do so now. You won’t regret it. In the meantime, it is with great excitement that I can present six new poems by Najwan Darwish translated by Kareem James Abu-Zeid, and published here for the first time.

Pages: 1 2 3
This entry was posted in TRANSLATIONS and tagged Kareem James Abu-Zeid, Najwan Darwish, Omar Sakr. Bookmark the permalink.
Half American, half Egyptian, Kareem James Abu-Zeid was born in Kuwait in 1981, and has lived an itinerant life across the Middle East, Europe, and the US. He is a prolific and award-winning translator of poets and novelists from across the Arab world. He is currently completing his PhD in Comparative Literature from UC Berkeley, with a focus on spirituality and modern poetry. He practices various forms of Buddhist meditation, and generally spends several weeks each year on silent retreats. He is currently translating a second book by Najwan Darwish.


More by Kareem James Abu-Zeid on Cordite Poetry Review →
Omar Sakr is the acclaimed author of two poetry collections, These Wild Houses (Cordite) and The Lost Arabs (UQP), which won the 2020 Prime Minister's Literary Award for Poetry. His debut novel, Son of Sin (Affirm Press), is out now.