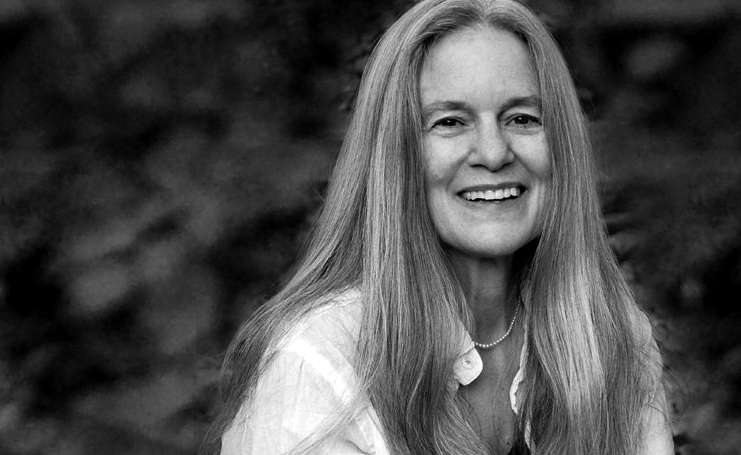 Nicholas O’Connell: In the essay ‘Some Affinities of Content,’ you spoke about how you responded to the goal of Northwest poets to submerge themselves in something larger than individual ego, in their case, nature. Do you try the same approach in your poetry?

Denise Levertov: I hope I do. I’m certainly very tired of the me, me, me kind of poem, the Sharon Olds ‘Find the dirt and dig it up’ poem, which has influenced people to find gruesome episodes in their life, whether they actually happened or not. Back when Robert Lowell and Anne Sexton were the models for neophytes, you had to have spent some time in a mental hospital to qualify as a poet. Now you have to have been abused. I know perfectly well that lots of people really have been abused, but it’s unfortunate to use the fact of abuse as the passport to being a poet. I’m certainly tired of that kind of egotism.1

‘Egotism.’ ‘Shallow pretence.’2 ‘No abstraction and no surprise, only the videotape of life played back at full volume.’ The loudest critics of Sharon Olds repeat the same complaints that met confessional poets some sixty years ago, chastising her work for being self-obsessive. Poets should speak, the argument runs, to experience that is collective and, by virtue of being collective, profound. As Patricia Meyer Spacks lamented, referencing the work of Anne Sexton:

art requires more than emotional indulgence, requires a saving respect for disciplines and realities beyond the crying needs, the unrelenting appetites, of the self.’3

The means may be the self, but the end must be the collective.

Yet, as literary theory in the intervening decades has shown, no individual can speak for the collective per se, bound as they are by the confines of their culture, gender, race, class, as well as the inherently constructed nature of that self that defines lyric poetry (which, as Maria Takolander has recently argued, is in turn bound by the technology that writes it).4 And this is to say nothing of the political implications: that, in universalising any poetic self, as some argue, we necessarily privilege certain voices over others, and so reinscribe dividing lines that have historically pushed female, non-white voices to the margins.5

If Olds’s poetry can be useful, as she professes is her intention,6 it seems we must continue to wrestle with questions that, for a few centuries of debate, we still don’t have good answers. Do we see the ‘I’ in Olds’s work (and other confessional poetry), as a single (egotistical) voice (and so useless), or a collective, universal voice (a voice Ben Lerner has recently called ‘an impossibility’),7 or somewhere in between? If the voice can speak to (or for) all, in any sense can we speak of it having a universal effect?

I argue here that recent work in the fields of emotion, cognition and evolutionary psychology provides one interesting avenue for reviving the outdated, universal ‘I’ of lyric poetry, and thus its usefulness, while avoiding enacting dichotomies that perpetuate the divisive literary status quo. Taking the Pulitzer Prize-winning collection Stag’s Leap (2012) as a case study,8 I suggest that Olds’s poetry exploits cognitive systems that are, in essence, universal (by which I mean common evolutionary adaptations). In so doing, it accomplishes in a significant way the romantic ideal of poetry that can speak to all; poetry that, in the long-faded words of Shelley, ‘exist(s) in the mind of the creator, which is itself the image of all other minds.’9

Finally, I wish to suggest that the reading of Sharon Olds’s poetry makes one a better person, to the extent that it is able to remove barriers that inhibit empathy. This is so because it manipulates a relationship between valence and appraisal that is a universal evolutionary adaptation. I will suspend my argument on this point until the poetry has been considered, but it is worth keeping in mind that the thrust of my argument is in large part a defence of (or rather, prescription for) Olds’s poetry on pragmatic grounds. The contention is that, insofar as reading this work affords a particular, unusual form of emotional response (what I refer to as dialectical meta-emotion), the sustained experience of such emotional responses may strengthen neural pathways that are conducive to empathy, patience and increased emotional nuance.

My argument, then, consists of three premises and a conclusion:

Universality and the Lyric ‘I’

When Olds first submitted poetry for publication in the early 1970s she was told, by her own account, ‘this is a literary magazine. If you wish to write about this sort of subject, may we suggest the Ladies’ Home Journal. The true subjects of poetry are … male subjects, not your children.’10 If entirely unwarranted, it is perhaps unsurprising that such a response would be penned at a time when women’s writing was still grossly underrepresented, and while post-structuralism was simultaneously dismantling the self that had previously underwritten meaning in language and authorship in art. While one line of argument attacked confessional poetry for its self-indulgence, a parallel argument attacked the legitimacy of the self that wrote it.

Yet despite the monumental impact of theorists such as Barthes and Foucault, in the intervening decades a number of feminist historians and literary critics, and indeed Sharon Olds herself, have insisted on the legitimacy of employing the decisively female lyric ‘I.’ They do so on the grounds that the death of the Author merely constitutes a further marginalisation of subjects that had already been denied a voice. As Nancy K. Miller writes,

the postmodernist decision that the Author is dead, and subjective agency along with him, does not necessarily work for women and prematurely forecloses the question of identity for them.11

And this is true not only in the domain of creative writing. As Katie Barclay points out,

Feminist historians have been reluctant to let go of the ‘subject’, perhaps because, as Susan Bordo suggests, subjectivity symbolizes the essence of personhood, which has only recently been granted to women and which is still challenged through attacks on their bodily autonomy.12

In an interview with The Guardian, Olds has stated that ‘I wish to write about my life partly as stories representative of any ordinary woman,’13 In order to conceive of it as such, we will need to revive what was previously decried as an anachronistic (or impossible) ‘I.’ The self present in the poems ahead needs to be conceived, tentatively, as both individual and collective, and legitimised in light of the arguments put forth by Miller and Barclay (among others). This entails, as Miller puts it, acknowledging ‘contradictions, the gap, and the (perhaps permanent) internal split that makes a collective identity or integrity only a horizon, but a necessary one.’14 It is a voice that speaks from the individual, for the (decisively female) collective, and in some respects (as I will argue), to all.