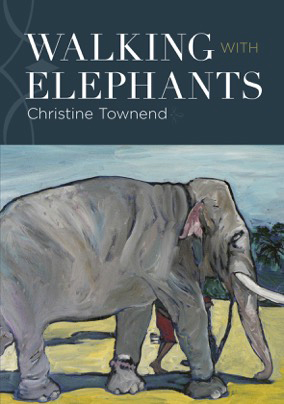 Christine Townend’s debut poetry collection is powerful, important and timely. Indeed, owing to its sustained and compassionate focus on animals, it could well come to be viewed as a watershed in terms of Australian poetry. Townend, founder of Animal Liberation Australia and a number of shelters for street dogs in India, is a woman who has been on the front line in terms of animal rights activism, and has performed some extremely valuable work therein. But it may be through her poetry that she will ultimately achieve more animal rights awareness. This fine collection of poetry does not make for comfortable reading owing to its often confronting content and indictment of human ‘kind’, but it deserves a wide audience. In fact, it should, ideally, be featured on every senior school English prescribed text list so that it may gain a conscious foothold in the generations who will be directly affected by our current failure to adequately care for the natural world.

In New Zealand this year, the Animal Welfare Amendment bill was passed. This landmark ruling recognises that all animals are as sentient as human beings. Change is also occurring in other realms. In law, where, in the state of New York, three cases that personhood rights should be extended to unlawfully imprisoned chimpanzees (filed by the Nonhuman Rights Project) are being argued. In fiction, Karen Jay Fowler’s novel, We Are Completely Beside Ourselves, about Rosemary and her chimpanzee sister, Fern, was shortlisted for the 2014 Man Booker Prize. In film, Isabella Rossellini’s 2008 short film series Green Porno presents in an entertaining way what the pioneering ethologist, Jakob von Uexküll, called the umwelt or particular life world of the organism. In science, there is Mark Bekoff’s research on animal emotions and in philosophy, Leon Niemoczynski and Stephanie Theodorou’s open access book Animal Experience, has become pivotal. Townend’s work takes up the kinds of concerns that all these fields address – sentience, affective states and the unique perceptual world of animals, the confinement/detainment of animals etc. – but this time through the resonant and lyrical medium of poetry. The result is remarkably arresting and thought provoking.

On the back cover, David Brooks pays tribute to the power of Townend’s poetry, conveying his envy of ‘some of her fine images’. This is high praise coming from a poet of Brook’s calibre and, bearing in mind how his recent collection Open House so deftly and memorably takes up animal rights issues. Townend’s wonderfully accessible work does indeed present enviable and finely judged animal and environmental imagery. It also, fittingly enough, stands gorgeously proud and free from the shackles of literary allusion.

There are three sections to Townend’s debut collection. The first, ‘Walking With Elephants’, relates to her animal protection work in India; the second is simply and aptly called ‘Speaking’ and the third is named ‘The Bird Flies for All Things’ which is the title of the section’s first poem. In relation to the first section, Townend’s free verse in the titular poem ‘Walking with Elephants (Jaipur)’ presents us with a compelling portrait of elephants as she observes their ill treatment by mahouts and highlights their capacity for articulation, memory, family and leadership. The elephant may possess ‘scared skin’, a forehead which bears ‘the black scars of old beatings’ and stand with ‘metal chains pressing [its] ankles’ and ‘dung about [its] toes’ but despite its condition of servile entrapment, the speaker knows it has ‘speech, words, history, children, fathers, sons, leaders’. The poem concludes with the lines:

This poem sets the tone for the whole collection. The speaker clearly credits the elephant with qualities traditionally ascribed to humans and, as such, there is a refusal to negate or dismiss the elephant as anything less than human. The elephant has a past and a meaningful inner life that cannot and should not be forgotten. The fact that the mahout’s question ‘Ride?’ goes unanswered within the ‘confines’ of the poem ironically underscores the immensity of what is at stake in the detainment of nonhuman animals for the purposes of serving unheeding and often cruel humans.

The ability to see the depth and sensitivity of nonhuman life is echoed again and again in the poems throughout this section and the wider book. In ‘The Street Dog’ the speaker recognises the dog’s affinity with her kind:

however, she understands why the dog, ‘teeth barred’, is distrusting and rejects her offer of food. In ‘The Puppies That Die at the Animal Shelter’ the speaker is keenly attuned to the dumped puppies’ need for ‘the warm seclusion of their mother’ but knows that without her, they do not stand a chance, and that their eyes

In the desperately sad poem ‘Black Dog in Manali’ the speaker sees how just one caress can awaken a street dog’s profound need for love, but she knows that she cannot give the dog the love that it craves:

A variation of this theme is presented in the poem ‘Dog Sleeping’ which appears in the ‘Speaking’ section of the book. This time, the dog’s feelings are conveyed in the first person. The dog can see that a woman (perhaps its owner or just someone who throws it scraps) thinks that it sleeps outside the door for the purposes of gaining food, but this is, in fact, far from its agenda:

The poems in this section of the book are particularly powerful – voices of birds, insects and even coral are in the first person – and serve to turn the tables on the traditionally privileged position of human experience. Instead, the nonhuman entities are self-aware and magisterial. ‘The Zoo Elephant’, for instance, asserts:

So too, in ‘Zoo Lion’ the speaker claims:

The ‘speaking’ voices of the nonhuman entities also convey with eloquence the limitations of humans. The perceptual world of the coral in ‘Balanophyllia Elegans (Cup Coral)’ is, for example, so nuanced and sophisticated that it highlights the inadequate nature of the divers’ attempts to capture it with a name:

Shale Preston is an Honorary Research Fellow in the English Department at Macquarie University. Her key research interests are Victorian Literature (specifically the works of Charles Dickens) and 19th, 20th and 21st century poetry. She is a former winner of Sydney University’s Henry Lawson Prize for Poetry, Women’s Words Competition, and the University of Sydney Union Literature Competition. Her publications include Dickens and the Despised Mother: A Critical Reading of Three Autobiographical Novels (2013) and the co-edited Queer Victorian Families: Curious Relations in Literature (2015) which examines a diverse range of fiction and poetry in the 19th century.

View all posts by Shale Preston on Cordite →