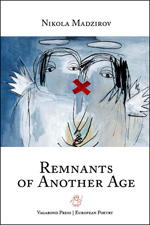 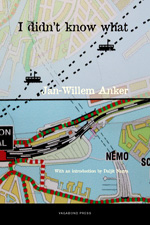 I am holidaying in a small farming hamlet in the south of France. I have brought two books of poetry written by contemporary Europeans and republished in handsome Vagabond Press European Series editions. A Sydneysider most of my life, I’ve been coming to France regularly since the mid-1990s, accompanied by my wife who’s English and whose parents live in the region. I’m enjoying my dose of the old world, but thinking, what is home? And what is home to me and to these farmers? More precisely, what is it about Europe today that we value?

Surely for them, home is here in what they make of the land, among their fields and vines, where some families can trace back ancestors to the seventeenth century. But this is also the France of the nostalgist; the culturally privileged rural place which has not been penetrated by refugees and other outsiders. It is Marine Le Pen country: subsidised, conservative and ruled by all kinds of laws to protect it from change. And so it will continue to be, whether the left or right come to power. Politics seems a long way off. Never mind that this place has, throughout history, been a site of life-and-death conquest. Down the road is a spot where Louis XIV’s Catholic army massacred the Protestant Huguenots; across the valley, two thousand years ago the Romans laid siege to the Gallic hill fort I can see from my window. One hundred and fifty kilometres to the southeast, in Marseille, where a few days earlier I had sat in a restaurant in the vieille porte and had enjoyed an ‘authentic’ Marseillaise bouillabaisse, the North African French community are celebrating Algeria’s recent win in a World Cup soccer match. Only yesterday the riot police resorted to tear gas to break up a crowd. At least no one was injured.

Thus it seems appropriate and of immediate interest to read Nikola Madzirov’s Remnants of Another Age, which is steeped in the (Balkan) poetics of homelessness and the restitution of dignity and hope expressed by lyric poetry. The Tito era and the break-up of communism is there in the background, but never explicitly referenced, and the more recent conflicts in Kosovo are evoked in the most universal of references to war. This is a serene and beautiful poetry made out of the lives of real refugees and displaced communities. For Madzirov, born in the old Yugoslavia, but in a far flung part of Macedonia, the ‘state’ as a unifying force does not exist. For Carolyn Forché, in her eloquent introduction with Peter Boyle, Madzirov’s is a poetry made out of its ruins, and (though Forché’s own expression of it avoids the language of postmodern philosophy), she places Madzirov’s sensibility as that which rejects the grand narratives – of nation states, of Enlightenment civilising projects, of ideologies. Such poetry occupies a place within a tradition of le petit récit, the poetics of the marginal, of the chance encounter. These are poems that grow from small narratives of the survivors. It is a poetry of epitaph without the finality of epitaphs.

Madzirov’s images are often effective in evoking sentiment and in tying the abstract to a real thing, a material fact in a series of often brilliant metaphors. Perhaps there is sentimentality in images that verge on cliché – a neon light ‘trembling in an empty hall’; a ‘light bulb no one ever replaces’; ‘broken toys’. A kind of non-denominational spirituality is conveyed in the references to churches and mosques, and sometime the language becomes cloying: ‘In the nearby church/they have spoken for centuries of love/that will outlive us.’ This seems a large claim to make, knowing what we know of the church’s complicity in various wars, but then this is the church ‘nearby’. Madzirov is reluctant to complicate matters, lest it disturb the mood of lyric idealism.

For the most part, however, Madzirov does not essentialise his world, and his most memorable poems pivot on strikingly original and simple images, like ‘the snow that doesn’t know if it belongs to the earth or air’; ‘a letter with a stamp of an old abandoned house’. The poems of witness are compelling because history really can be known ‘from the ground up’, so to speak. Such poetry unsentimentally records the suffering of the victims: ‘people wailing at the wrong graves’; a woman who hides her coins in her hair; and here, too, are recorded the actions of their persecutors, as in ‘the invader [who] burned the deeds to the land’.

Perhaps Madzirov has supplied an answer to my original question about the farmers in this village, and I paraphrase: the earth they are made from is built into their home, though I note the irony in thinking Madzirov’s nomadism (his name denotes ‘person without a home’) and his serene belief in universal humanism of wanderers (‘God’s uncertainty is my path/your presence is my imperfection’) would be viewed here with some disdain by this region’s indigent nationalists. I can only agree with Boyle’s introduction, that Madzirov’s real talent is in letting the unsaid remain unsaid, and that in the respect and impersonal clarity he brings to the world’s chaotic events. This poet belongs to that distinguished group of modern writers like Yannis Ritsos, Zbigniew Herbert, Vasko Popa and Adam Zagajewski.

One should also comment on the consistent feel of the translations by Peggy Reid, Graham Reid, Magdalena Horvat and Adam Reed. While I cannot vouch for their accuracy, and without doubt some of the subtlety in Slavic languages can’t be perfectly translated into English and some expressions would benefit from more footnotes, at no time did I feel that expression was awkward or that the magisterial tone of the works seemed uncertain, perhaps because Madzirov already writes in a consistent way. Madzirov writes in Macedonian cyrillic and has stated that, ‘The translator is a silent deconstructor, a night guard of the bridges of difference and understanding.’1 According to Mike Walker who comments on the American edition of this collection, ‘for the reader who can make them out, Madzirov’s originals in Macedonian invite a contrast to the translations.’2

While Madzirov comes to us via translation, Jan-Willem Anker’s I didn’t know what feels quite different. The English is immediately conversational but it is that of a proficient speaker: a lingua franca, replete with idiom. It is interesting for being the kind of English shared by multilingual European speakers. This allows seemingly clichéd expression to be re-pitched and ‘defamiliarised’. For example, there is awkwardness in the following line: ‘When eventually the wind carried my love away I wasn’t surprised but hurt nevertheless’ (‘Love’). A native English writer might write more fluently, but less meaningfully and engagingly: ‘When eventually the wind blew my love away I wasn’t surprised just hurt’. More importantly, Anker can use English as a tool to interrogate the current cultural/literary status of his own native language (Dutch), and he finds it resembles ‘the silence of nineteenth century stationary’ (‘Language’). Of course, only a fluent Dutch writer could risk writing such a thing.

Anker’s I didn’t know what was written in English, which is not his native language. But together with Madzirov’s collection, these books sit well in Vagabond’s European Series. Both volumes are by young poets with fresh energy. They take otherness as a concept which motivates poetry. Both eschew any form of moral or philosophical transcendence of the conditions of their making, and seem ethically engaged.

Pages: 1 2
This entry was posted in BOOK REVIEWS and tagged Adam Aitken, Jan-Willem Anker, Nicola Madzirov. Bookmark the permalink.
Adam Aitken was born in London and spent his early childhood in Thailand and Malaysia. He has been a recipient of the Australia Council Paris Studio Residency, and was Visiting Distinguished Professor at the University of Hawai’i Manoa. He co-edited the Contemporary Asian Australian Poets anthology (Puncher & Wattmann). His memoir One Hundred Letters Home (Vagabond Press) was published in 2016 and was listed for the ASAL gold medal. Archipelago, his latest collection of poetry, was shortlisted for the Kenneth Slessor Award and the Prime Minister’s Literary Awards in 2018.