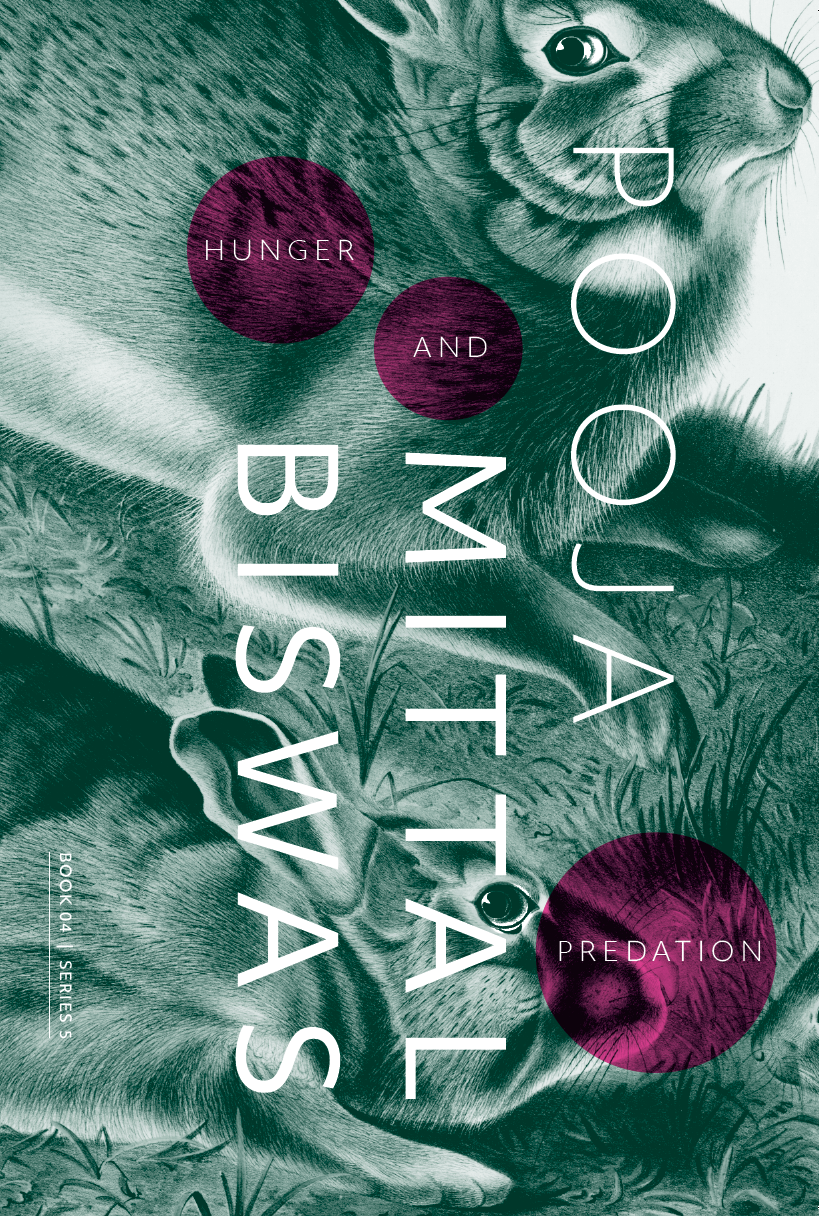 In this fifth book of poetry, Pooja Mittal Biswas’s voice achieves musicality. While strong themes lend coherence to the whole, the language cascades and moves forward with an inner force.

The collection’s second poem is in the voice of a pregnant Indian woman with a panoptic view of immigrants in Australia. It defines hunger as the hunger for freedom ‘to be, to be allowed to be, untouched and uncontained, spoken and heard’, and it ends with the resolve that ‘my child will speak.’ We quickly discover that this child, or childlike voice, is the poet herself, as she pores over memories, including those traumatic, to locate herself.

Biswas considers Nigeria her first country; however, in Hunger and Predation, she sets claim to her heritage as Indian. She conducts a dialogue with this Indianness, drawing from it as well as not fitting into its framework. She comments on the restrictive social mores that deny selfhood – ‘a ghost like all women are urged to become.’ By contrast, her own passions are blatant (‘a wolf hiding in the tall grass’).

Biswas uses Indian vocabulary with ease, importing her immigrant voice into Australian literature. Interior monologues with the gods of Indian mythology have a freshness and clear vision that can only come from a distance.

A second theme of this book is gender queerness, which is interrogated as Biswas works through a sense of being ‘agender.’ The yearning to be free of categorisations goes along with the assertion that she is much more than identity. In the poem ‘hir’ she writes ‘of gendered traits, a cartography of the mind that history has mapped onto people as borders are onto nations.’ In another poem, ‘anatomy of an orgasm’, she notes the dissonance – ‘the wiring’s off.’ In ‘glitch’ she writes – ‘& I ask myself one thousand times an afternoon/whether the way I perform gender/ is artificial or the real thing.’ ‘Immunity’ articulates the horror of having been sexually abused in childhood.

Whereas confessional poetry can deteriorate into fetishism, in Biswas’s hands the first person narrative soars – detailed, raw, palpable, her poems have a sense of immediacy.

Hunger and Predation ends with a transported long poem titled ‘madness’ that more than hints at the poet’s mental state and therapy. Stunned, I found myself anxious for the poet – so human is this book, her hunger and predation included.

This entry was posted in INTRODUCTIONS and tagged Mani Rao, Pooja Mittal Biswas. Bookmark the permalink.
Mani Raois a poet, translator and scholar. Her latest works include Sing to Me (Recent Works) and Living Mantra: Mantra, Deity and Visionary Experience Today (Palgrave Macmillan).


More by Mani Rao on Cordite Poetry Review →
Pooja Mittal Biswas is the author of eight books of fiction, poetry and non-fiction, including a collection of short fiction due to be released in 2022.