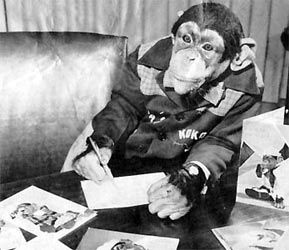 Poets come in many different shapes and forms. I'm not about to give you my ideas as to what makes a poet because I don't think I'm qualified. What I am interested in however, is all the different subsets of humanity where poetry exists. Where individuals take it upon themselves to express something in words, something they believe is representative of the way in which we all live our lives, the similarities in the human existence that highlight the fact that we are all suffering from, laughing at, celebrating, the same things. And so it was that I began to develop an obsession of sorts, that has since become an affection, for those unsung heroes, the Greeting Card writers.

I'll be completely upfront. I've never really been one to opt for a pre-written greeting card. On Mothers Day my mum will still get a bright piece of card with macaroni stuck to the front with clag and a Posca-painted scrawl of ever-lasting love. But there's always someone (especially for those of you who have relatives who are either old, rural or religious) who sends you a card with words of affection written by someone you will never meet, and who is most likely American.

It is hard to understand how the person giving you this card could possibly consider it a totally personal exchange of heart felt feelings, but the fact remains that not everyone feels they are as eloquent at expressing themselves as us self-professed writers do. Hell, give me a 'Blank' any day and I'll tell you what I really think.

So, after spending an unhealthy amount of time in the Greeting Card department at Myer I got to thinking. Who are these writers? Are they poets? Where do they come from? Can I be one too? I got home and went straight to the source, the centre of the Greeting Card Universe, Hallmark.

When I phoned the Melbourne branch of Hallmark, I asked the marketing manager: “What does it take to be a Greeting Card writer?”

“What does it take?” she repeated, followed by a short, almost conspiratorial laugh. “Greeting card-writers are a breed unto their own.”

Given that I had always been under the impression that these cards were generated by a room full of monkeys dancing on ancient type writers, wearing those strange green visors, this was something I had already accepted. Or, for those diehard Get Smart fans, a front for government intelligence agencies. Nevertheless, my fire of curiosity now had further fuel added to it. 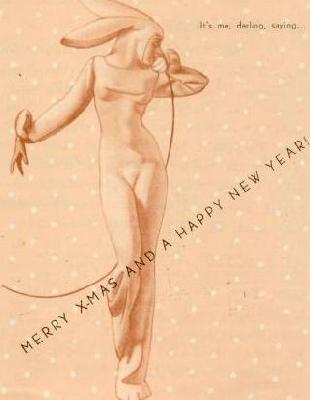 Hallmark, based in Kansas, USA, supplies around one-third of the 200 million greeting cards in Australia. Aside from exchanging words such as Mom and Pop for Mum and Dad, the cards we see here in Australia are the same ones handed around at Thanksgiving and Independence Day. To continue my investigation, I wrote to the marketing manager, Rachel, in Kansas.

Hallmark has approximately 50 writers on staff and virtually all cards are written by full-time, in-house writers, who consider greeting card-writing their profession. Unfortunately, for this reason, Hallmark does not accept unsolicited greeting card messages. However, if one actually had enough talent, applied for a writing job, completed the required rigorous writing portfolio, and was selected from the hundreds of other writers who apply at Hallmark every year – one might become a Hallmark writer.

As Rachel explained to me, the writer must be empathetic, understand people, be aware of the social milieu, understand societal and cultural change, be aware of language and how it changes and keep up on pop culture via radio, TV, movies, magazines, newspapers, the Internet and theatre. The key characteristic is being able to understand the emotions, thoughts or feelings that people want to express and putting them into the words that are perfect for an individual.

The categories that greeting cards cover have changed dramatically over time. I was amazed to see exactly how close to the mark they come these days. In a large department store one is provided with an index that includes: Birthdays, To Woman, Friend, Naughty, Drinking (perhaps more popular here than in America), From both, From Group, Love, Retirement, Miss You, Thinking of You, Congratulations, Good Luck, Good Bye, Get Well, 100th Birthday (the type is noticeably larger in these ones), Baby, Cope, Sorry, Great Grandmother, God Daughter, Religious, Suitable for Stepmothers, Loss of Child, Pet Sympathy, Multiple Births- the list does, quite seriously, go on. One of my favourite poems:

You learned to use the potty, so here's a big “Hooray!”
For a kid who's just fantastic in every single way!

The editing and approval process is very rigorous. For humour writers, a small percentage of what they write ends up on cards, although it may be funny. (Which must be why Rachel was unable to print any of my suggestions. She found them hilarious of course, but they were rather long and I guess the editorial team couldn't bear to edit them down.) I was wondering if a humour card writer could have a go at, say, sympathy for example, and was surprised to discover that the writers all have different assignments just like anyone in his or her job does. Most writers write all kinds of cards, though some do have specialities. Which is just as well. I don't want my “Sorry someone set fire to your clothesline” poem written by someone who's never experienced such a traumatic event. 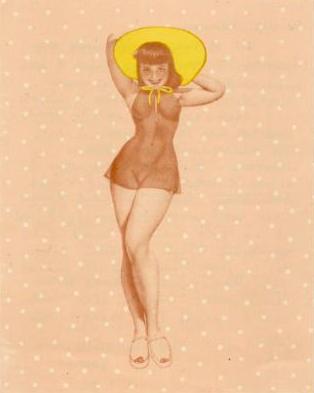 The only other question I had was, Where do they get their inspiration from? I was pleased to discover that, just like a regular poet, greeting card writers get their material from the every day, as well as the rich entanglement of emotions that binds us all together in this great big newsagency we call life. Hallmark writer Barbara says imagining her way into other people's lives is the most important skill she draws on when writing. “I have written some of my best work sitting in a local car dealership waiting for an oil change.”

And while another greeting card writer claims that “Dr. Seuss and Mother Goose furnish the philosophy, exuberance, and vocabulary of her life”, Hallmark writer Jim simply says “I like looking out the window at the people getting picked up and dropped off in the parking lot.” (This puts a smile on my face as I think of all the times I have rushed through writing in a birthday card while double-parked outside someone's party.)

Dorothy Colgan, Hallmark Creative Director, said something I thought rather interesting. “Hallmark products are very personal expressions between people, rather than an individual writer's self-expression.” This comment got me thinking. Regardless of what one may think of the poems written in greeting cards, I'm not so sure that the poet we see reading in a dark, smoky bar is always attempting to make the same connection with their audience. Or if they are, perhaps they don't always succeed in quite the same way as this last poet has.

Zoe Dattner is one half of the dynamic duo that is Sleepers Publishing.

(Top): Kokomo Jr was hired by the Hallmark company to write some of their greeting cards in the 1950s. Read more about him.

(Middle & bottom): during WWII there was a fair amount of propaganda flying about. These images were used by the Japanese to demoralise US troops. It didn't work, but they’re very nice pictures. Read more about counterfeit greeting cards.

This entry was posted in ESSAYS and tagged bad poetry, greeting cards, Hallmark. Bookmark the permalink.