She’ll Chew You Up: Notes on Safiya Sinclair’s Cannibal and Tiphanie Yanique’s Wife 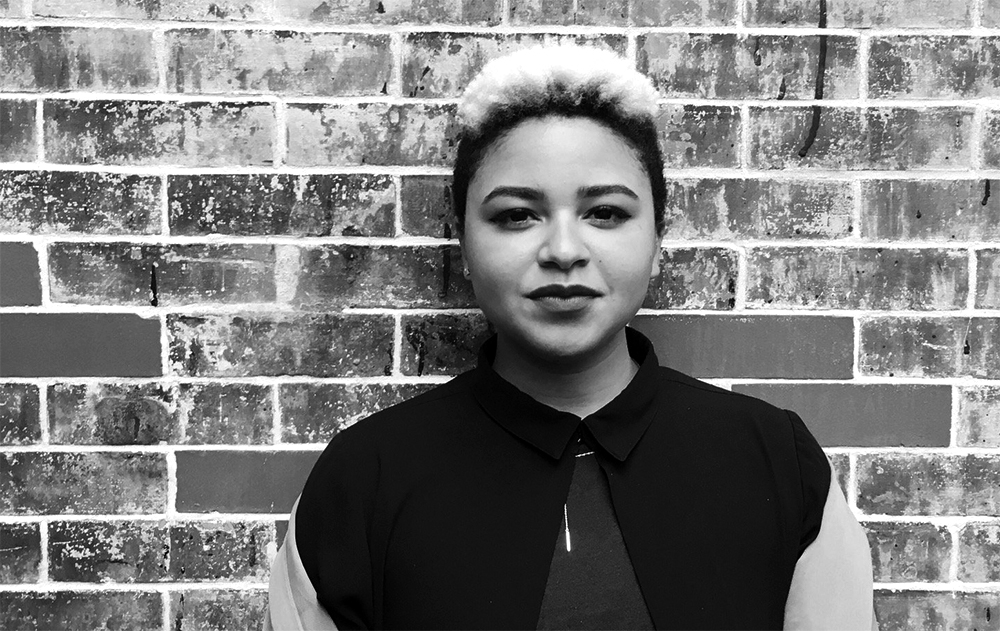 Photo of the author by Josh Begley

Writing about the novel form in her 1971 essay, ‘Novel and History, Plot and Plantation,’ Jamaican novelist and theorist Sylvia Wynter said that ‘the novel form is in essence a question mark.’ It narrates, but also prods. If you’ve ever read Wynter’s only novel, The Hills of Hebron, which was published the same year as Jamaican independence, you’ll know that the novel form admittedly prompts more questions than answers. If the novel form is a question mark, then, and while reading Safiya Sinclair’s Cannibal (2016), I thought the poetic form might as well be an em dash. Versatile, incidental, fragmented, paratactic, broken down and broken into.

Safiya Sinclair’s debut book of poems, Cannibal mines the break. The first break concerns the etymology of the English word ‘cannibal,’ which comes from caribal, as in the Carib people Christopher Columbus believed ate humans. ‘Belief’ might not seem like a strong enough word but this particular man’s beliefs, like so many, transformed the world. ‘Caribbean’ follows soon after caribal.

Sinclair’s Cannibal is also in conversation with Shakespeare, who was writing about 100 years after Columbus’s first 1492 voyage. In The Tempest, he anagrammed canibal (from the Spanish) to make Caliban: the native monster character to receive new life by the likes of Aimé Césaire and Oscar Wilde. Caliban has been somewhat of a stock figure to think through the colonial encounter and its afterlives.

At first glance, then, this pentalogy has all the requisite themes of what we call Caribbean literature: exile, the instability of the mother tongue, emigration, New World hauntologies, archipelagic thinking, involuntary servitude, cash crops, etc. And what happens when a ‘feminism’ is inserted here? When a canon is assumed to be neutral and unmarked? What telos is prescribed? What goals are inscribed? What scripts get written before we do our reading? If a Caliban gets gendered as woman, gets doubly marked, perhaps, Sinclair’s creeping text suggest that she swings back, gets turned around and becomes again cannibal: man-eater.

Cannibal holds its own, and breaks through literary scaffolding: the poems are divided into five parts and all begin with an epigraph from the Tempest (either Shakespeare’s or Césaire’s), punctuated by a play that has been taken up as a kind of ur-text of coloniality. The first line of Cannibal, from a poem called ‘Home,’ allows itself to hang over an em dash: ‘Have I forgotten it—.’ To forget and to betray carry a cruel intimacy. ‘Have I forgotten it— / wild conch-shell dialect, / black apostrophe curled / tight on my tongue?’ A mother tongue, if we can call it that, ought to remain tightly locked around the organ, but here it threatens to let loose and to unravel.

A cannibal must have a body, some flesh to devour. For Sinclair, the body, an established feminist philosophy, is the object of thick description: black-haired kelp, two hungry mouths, gravid belly, open ears, severed ankles and jelly cheeks. Still, in an era when every other Twitter bio claims ‘intersectional feminist :)’ as its foundational biography, it is not at all surprising to insist that ‘woman / women’ is not a monolithic or universal category. You know: women, in their production of difference, differ. This second-wave feminist truism does not attend to the many broken and fragmented selves, that is to say, a cannibalised self.

The self and the body both point to some narrative difference. The stories we tell about ourselves diverge from stories about our bodies (often told by others). Sinclair enacts the body’s various positions: one’s body, my body, your body, the body. ‘Wet mouth of my future body, we’ve come to understand / each word, and how sometimes the words / themselves will do.’ In ‘The Art of Unselfing,’ we have the image of ‘old selves being shuffled off into labyrinths.’ The prefix ‘un-’ tends to signal absence or lack but for Sinclair it is an art in the sense that it is a process. Like: ‘your youth / and it’s unweeding’ (99). Or: ‘How love is still unrooting you.’ The poem ends with an obligation to make a home of the unself. That is to cannibalise the self, the home, to undo it, to reverse it but also to take it in, to swallow the savage.

Who verbs the noun ‘cannibal’ here? Is it Father—sometimes only a lower case father? A dense one-page poem about possession in its various forms, ‘Pocomania,’ shares a restless irreverence with my favorite Sylvia Plath poem, ‘Daddy,’ but in its own context of revivalism and possession, ‘Pocomania’ further demonstrates how the play between Father and father adjudicates the entanglement of law, the patrilineal, and desire.

Pages: 1 2
This entry was posted in ESSAYS and tagged Safiya Sinclair, Tiana Reid, Tiphanie Yanique. Bookmark the permalink.
Tiana Reid is a writer whose work has been published in ARC Magazine, Bitch, Briarpatch, The Feminist Wire, Full Stop, Lemon Hound, Maisonneuve, Mask Magazine, The New Inquiry, Rabble.ca, The Rumpus, The Toast, VICE and more. She is a PhD student in English and Comparative Literature at Columbia University and editorial assistant at Small Axe: A Caribbean Journal of Criticism.