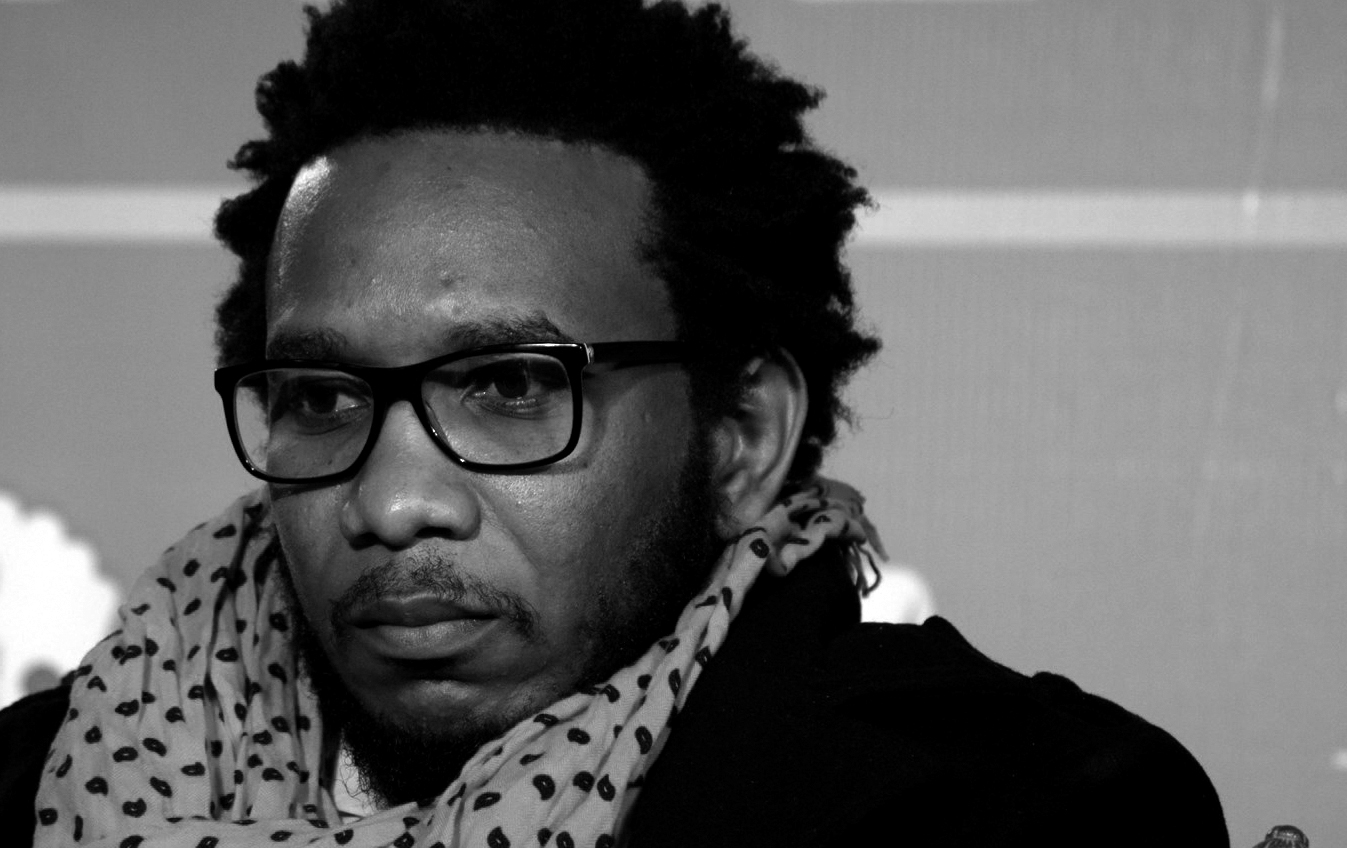 When Kent MacCarter first asked me to edit this special issue of new Caribbean writing, I agreed before I had actually thought about the task. For, soon afterward, I was wondering who was actually ‘new’. Regarding literature, quite a few things have changed – both with the advent and permeation of social media as a way of meeting or getting to know artists, as well as with the literary festivals (such as Calabash in Jamaica, Bocas Lit Fest in Trinidad, Nature Isle Festival in Dominica and the Congres des Ecrivain de la Caraïbe in Guadeloupe) that bring writers together annually (or biennially) to read work, converse about issues surrounding their art, participate in workshops and to become familiar with newer voices. The ‘new’, in an environment devoid of these things, would emerge from the same criteria that confirmed for one the sense of him / her being a ‘writer’ – publication. And by that, I mean publication of a full volume of poems. Of course, there are writers whose names became popular before publication, who have written a few good things here and there enough for persons to label ‘a writer to watch’ or ‘up and coming’ and so on, but some writers remain in that phase, for various reasons, longer than others. Some take long hermetic hiatuses. Others publish books and nobody knows about it. And I have known some writers who just stopped.

The thing for me is, firstly, while I recognise the usefulness of full publication as a rubicon for determining real writers from aspiring ones, I do think there are many things that we can miss. For instance, over the last few years, some local anthologies have been published, representing the poetic output at national levels – Jubilation which celebrated 50 years of Jamaican independence, Ste. Lisi: Poems and Art of St. Lucia, published in honour of one of St. Lucia’s elder statesmen of letters, McDonald Dixon; 100 Poems from Trinidad and Tobago and several anthologies coming out of St. Martin, under House of Nehesi publishing. The utility in these collections is not only that they present a much broader and variegated picture of what has been happening with poetry and language in those countries – and a much broader picture therefore of that society – but they also allow voices and concerns that would inevitably be more marginalised the higher up they go into the publishing world.

In the case of St. Lucia, the poetry produced in our nation language Kwéyòl, and the concerns surrounding this language and the culture it sounds out, may not really be of interest to publishers of big journals unless it can somehow be explained on the back cover or at least conceptually fitted into a grander narrative or movement that its readers would find accessible. One must be reminded here that the actual publication of Caribbean literature is still outside of the region for the most part. A truly Caribbean readership has remained underdeveloped – something that the rise in literacy and access to higher education has not significantly changed. In Trinidad there is – as there has been in other islands – the spoken word forms which, of late, have been doing – in their social commentary and their utter rootedness in the space and society – what Calypso has been doing for the last fifty years of the 20th century. Their national references, their puns, their metaphors are so utterly rooted in Trinidad and Tobago that a reader from outside would miss three quarters of what is happening in the poem, and Google – since we are talking about the Caribbean – would (still) not be of much help.

It has puzzled me, for instance, that the poetry coming out of Trinidad in the last fifteen years or so – reaching me more through publication – had been emerging from one, small corner of Trinidad’s language continuum, albeit with inflections hinting at the larger body. Trinidad is one of the most linguistically liberated spaces in the Caribbean. But, I was wrong. I had not, at that point, read the work of Desiree Seebaran or, even more so, Jannine Horsford, who were exploring the possibilities and magic of their local nation language (and I mean language in its broadest and best sense). Work like Andre Bagoo’s, though not of the same category or concern, was deeply engaged with Trinidad’s mythology and society and, as a journalist by day, he engaged with the ‘mundane’ society. Danielle Boodoo Fortuné’s work manages, with an admirable balance of subtlety and abandon, this language continuum, creating an intriguing relationship between the orality of Trinidad and the written work she would’ve encountered in reading poetry. The same can be said of Shivanee Ramlochan. They all have that unabashed and settled sense of the supreme importance of Trinidad over anywhere else; uniquely Trinidadian. The beauty of this is that it becomes established, and settles into the background. Rather than distract, it is something that could be taken for granted. Roots. This frees writers to interact (as equals) with literature from anywhere else in the world.

What I am trying to say is that what has made its way to us through publication has made that progress on the basis of certain ‘objective’ considerations of Craft with a capital C – including individual writers’ achievement in reproducing and innovating some of the principles that govern how we think about craft – as well as the ability to enter ‘grand’ discourses using the local as material. All this, as opposed to the tackling of local discourses in and of themselves, even for those that do not qualify or cannot be attached to ‘grand discourses’ – and we certainly have not looked at what is good on the basis of the produced work’s relationship to its society. Rather, we marvel more at the ‘scientific’ capability of art to ‘capture’, to accurately observe to the point where one’s distance – presumably allowing for more accurate observation – becomes a thing, a subject. We have strived for this rather than texture, which arrives through touch – to truly touch and be touched by the society, both gently and roughly. It is perhaps this conundrum that Mass Cyrus addresses at the beginning of Erna Brodber’s groundbreaking novel Myal, ‘but this kind of people, … spirit too sekkle pekkle. Best let them keep their distance after all.’

To be frank, and to admit my biases, I am less drawn to ‘accurate observation’ and ‘capturing’ (and containing, for there isn’t capture without containment) than I am in the writers habitation of space, of language and of cultural variety inherent in these. I am more interested in writing that contains the texture of the place, through being in touch with it, one that is also, and therefore, touched by the place – a writing that is not in full control, that is not acting unilaterally upon distanced material, but writing that acts and can be acted upon. Writing that can be vessel, rather than spirit tief or cyapturer … or, perhaps, somewhere in between (if the gods allow it). This may have been the reason why I was particularly interested – when thinking of what is truly new – in those un-smudged by too much publication or those still freshly into it. This seemed, to me, the way to go; before they get swept up in a certain idea of poetry, being a writer, ‘the writing life’ and so on, all their own regimes of truth, privileging certain realities, certain basic assumptions in the background of their praxis while sidelining others. Of course, this ‘untouchedness’ is not to be found equally in the writers gathered here. I am moving away from ‘accurate observation’ as the basis for metaphor and poetics, and I suppose I am less inclined toward the absolute precision and perfection that our science is after. Something in my interest in texture allows me to read differently, dealing with what would, under another gaze, be considered imperfect, imprecise.

Pages: 1 2
This entry was posted in ESSAYS and tagged Danielle Boodoo-Fortuné, Vladimir Lucien. Bookmark the permalink.
Vladimir Lucien is a writer from St. Lucia. His work has been published in The Caribbean Review of Books, Wasafiri, Small Axe journal, the PN Review, BIM magazine, Caribbean Beat and other journals, as well as an anthology of poetry entitled, Beyond Sangre Grande. edited by Cyril Dabydeen. He was awarded the first prize in the poetry category of the Small Axe Prize 2013, and was awarded the overall OCM Bocas Prize for Literature 2015. He has been featured at the Miami Book Fair, the Read My World Festival in Amsterdam, as well as other events. Some of his poems have been translated into Dutch and Italian. He was recently awarded the post of Writer-in-Residence at the University of the West Indies (Mona Campus), which he served from January to May 2016.