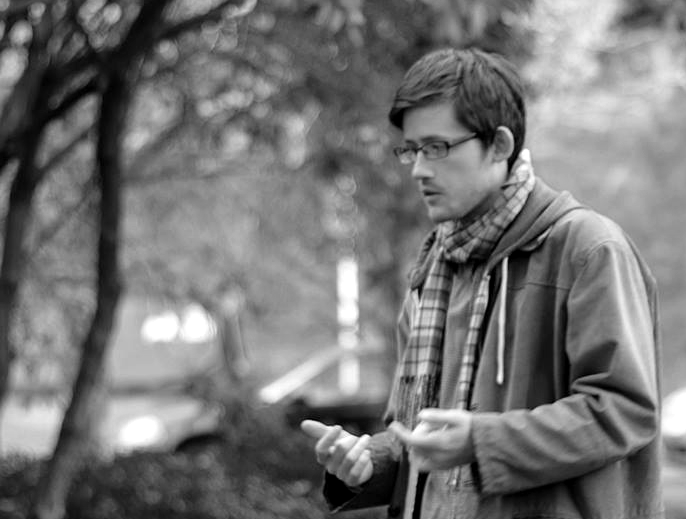 1.0 Let’s begin by playing with an analogy in the hopes that it might somehow work its way up towards allegory; where seemingly technical minutia may bring something to bear upon our contemporary literature – parting the blue screen, revealing … ?

1.1 So it was with the apparent arms race in pixel counts in all manner of devices I was compelled to look into the question of resolution, to see if there was anything of substance behind the insistence of manufactures to ceaselessly upgrade our TVs and monitors for some reason other than driving headlong into the ditch of the uncanny valley. At the time of this writing, we are experiencing the surge of 4K into our collective consciousness, being an image resolution of around 4,000 pixels on the horizontal axis – compared to circa 2,000 in traditional HD – and hawked on all manner of gadgets from home TVs to computer monitors to cinema projection. There are, of course, questions. Is the sampling rate of the human eye even capable of detecting these advancements at viewing distance? Does anyone yet possess an internet connection with sufficient bandwidth to stream video in 4K, or are early adopters of these gadgets unwittingly being served regular old 2K content stretched to fit? Much of the cinema we hold out for remains shot at 2K, before being ‘resed up’ by mighty algorithms for 4K exhibition. Meanwhile some manufacturers push on to 8K and further regardless.

1.2 American cinematographer Steve Yedlin has created a remarkable demonstration of image resolution by repeatedly filming a number of short scenes each time with a different camera, to expose how spatial fidelity may vary between specifications and conditions. Through an exceptionally lucid and strangely compelling explanation, Yedlin makes evident that the raw pixel count is a poor predictor of spatial fidelity, producing examples where perceptual clarity increases even as the true resolution decreases. While there are undeniable leaps between the images of 20th Century video and contemporary forms, there is a sense that, once a certain level is attained, finer grains are no longer questions of clarity at all, but choices of aesthetic qualities that are not as susceptible to measurement in quantitative let alone absolute terms.

1.3 But more than this jockeying for position and product evaluation, the systematic lesson of Yedlin’s ResDemo is that escalations such as from 2K to 4K are not extensive, but intensive. That is to say, the uptick in sheer pixel count does not expand the field of view so that we see more in the sense of scope, but instead increases the number of points over which the same amount of content is distributed. Each 2K pixel is further divided into four, and its context statistically evaluated to determine what the content of those new pixels should be. The algorithms that perform these acts of re-sampling are by no means objective, replete as they are with human decisions over what aspects to privilege in their design, and Yedlin goes to detailed lengths to show how each may affect materials in diverse ways.

1.4 The technical and the poetic, the making and the mechanics … never quite separate – as if every piece of media were always but the next nudge from an algorithm away from collapsing into a bottomless fractal and shattering forever the prospect of atomism.