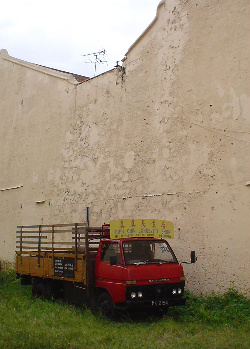 INNOCENCE: Blamelessness. INNOCENT: Not hurtful. One free from fault. Approaching the world with an attitude unwounded and harmless. Having a vigorous and unprejudiced perception that does not expect what it will find. Being prepared not only to understand but to reunderstand.

True innocence is about being ready. It is about allowance. A poet needs to be innocent as he or she must come to existence again and again, time after time, with full attention. Attention – and therefore the poem – will be less than full when we bring bias, guilt and untruth to whatever is our attention's focus.

Innocence is not skipping with lambs nor being ignorant of what might slaughter them. It is retaining within oneself a clearness of vision which can see to the heart of things and which wants to see the 'whole' of things. Such clarity is enabled by an undistracted self, one who does not rationalize, confabulate, brag or delegate responsibility.

[Jane Williams, In the wee hours]

The value of innocence is in its ability to do 'justice to being' for how can this be done if we are not innocent – if we offend, malign and damage. The proof is that it is impossible for poetry to do these harmful things. Poems should make us ignore evil. They should make us set it aside; to wilfully disregard it because it does not deserve our regard.

And whose poems did I choose? Courtesy of anonymity, innocently, I chose no-one's. Though I did choose some poems. And chosen for themselves and with no crime committed, there's not much point 'after the fact' linking them back to their authors.

It would be nice to think that those authors will be happier for their poems' readers than they will be for themselves.

My reading found poetry that, at the very least, wanted to be necessary and possessed a living courage. It also found poetry that at its best has the potential to develop the human word and act. Read and let the words play over and over in your mind, as we 'play' through poetry on the way to a place where we won't need art.

Now that is innocence!

This entry was posted in ESSAYS and tagged innocence. Bookmark the permalink.