The Kindness of Strangers: On New Zealand’s Literary Journals 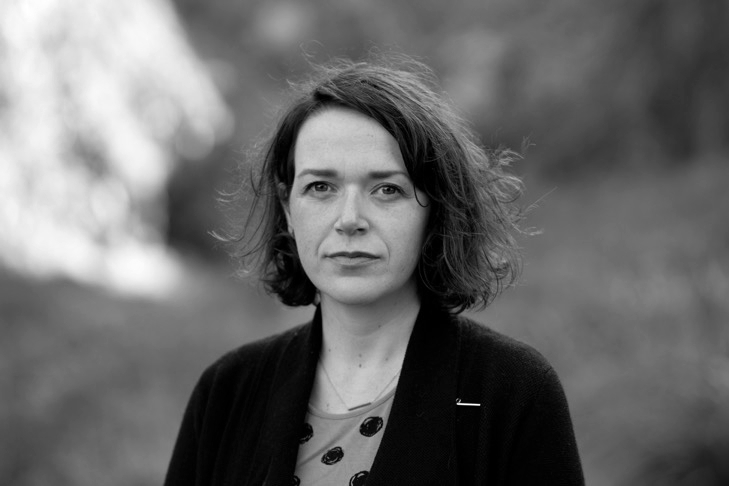 If I had to pick one word to describe the current landscape of New Zealand literary journals, it would be ‘wild’. Practitioners are free to form their own outlets where they see gaps they would like to be filled and this makes for an exciting, vibrant time. Stimulating new journals appear regularly – over the last few years, the likes of Headland, Sweet Mammalian and the very newly established Oscen. With my co-editor, Francis Cooke, I set up Starling in the same way – an online literary journal for New Zealand writers under twenty-five years old. As a young writer growing up in an isolated region in the days before the Internet, it had been hard to find opportunities for publication. It also felt difficult to compete against established writers with decades more experience than me. I wanted to provide a space for others in similar situations.

In 2015, I was on a year-long writing residency and Starling had been part of my proposal. I had had the idea a few years earlier, but with the time now available to me, I was able to begin its development in earnest. I was intent on getting all our ducks in a row behind the scenes before we presented Starling to the world. As well as practical components like website capabilities, I also wanted to explore organisational mechanics – things like entity structure and tax implications. I wanted to build a solid foundation from the start, particularly if we hoped to gain funding in the future. There were two reasons for this. The first was a pretty standard fear of failure. I felt wary of putting my name to something and publicly announcing that I would do it before I even knew it was possible. Secondly, I was very aware of how I wanted to frame the publication of young people’s work. There is a tendency to treat the work of young writers as unnecessarily junior, which was the opposite of what I wanted to achieve. The whole point of Starling was to convey that this work by younger writers was just as valid and effective as that of any other writer, regardless of status or experience. To do that I needed to create a professional platform that would be taken seriously.

I want to acknowledge project funding, which is a wonderful thing and helps to keep a journal running in a day-to-day sense by alleviating the immediate financial strain on its founders, at least for period of time. Like many of New Zealand’s literary journals, Starling was fortunate to receive an Arts Grant from Creative New Zealand last year. For the first time in our six issues, we have been able to pay contributors, fulfilling a major aspect of our kaupapa – recognising young writers and their work in the same way that more established writers are. Financial support is a key aspect of long-term stability, but one that could warrant an entirely separate exploration. Here, I am interested in the idea of future-proofing in terms of a journal’s structure.

In my initial enquiries about establishing Starling, Creative New Zealand encouraged me to speak to others who had started journals themselves. These others, although appearing to be further down the track than we were, were ultimately in the same boat as us – blindly feeling our way through the dark, perhaps lucky enough to get free legal and accounting advice where they could. Everyone’s experience seemed slightly different, and in that way not especially helpful when looking for guidelines to follow. Jane Arthur had a similar experience setting up children’s books website, The Sapling, in 2017. She comments, ‘the practical help we’ve received has not been easily got. It’s not just lying around nicely on a webpage with steps for us to follow. It also feels like there are twenty possible answers to any question we have, which is terrifying. Like should we be a limited liability company with non-profit tax status, or should we be a charitable trust, or, or, or? Do we need to set up a board? If so, how many people need to be on it, and are we, the editors, allowed to be part of it? Ad infinitum. Thanks to a friend and supporter of The Sapling, we have a lawyer working for us pro bono, and a local arts-focused accountant. We’re still trying to all agree on the next move, but we feel it is this close to happening.’ This circularity of what should come first – the journal or the structure – began to feel like a frustrating theme.

Those who wish to start new creative ventures are not alone in the information they are seeking, and yet it can feel like we are each having to try and reinvent the wheel in order to find it. This kind of experience is not limited to literary journals: Ben Fagan of Motif Poetry, a newly established spoken word production company, recently contacted the New Zealand Book Council with an enquiry along the same lines. He comments, ‘We’ve reached out to more established organisations, with varying success, but there aren’t really any professionalised spoken word production companies in New Zealand. We’re therefore drawing heavily on my time working as a producer for Apples and Snakes in London, the UK’s leading performance poetry production company, as we establish ourselves.’ It is clear there is a need and an opportunity to support initiatives in similar ways across a range of artistic mediums, not just in the field of literature.

Creative New Zealand also directed me to go through other government agencies for advice, such as Inland Revenue, the Charities Services or the New Zealand Companies Office. The problem is that for most people setting up or running a journal, time (and money, if there is a cost to gaining this advice) is a luxury of which they have little to spare. I was surprised to learn that Sport, one of New Zealand’s longest running journals, established in 1988, is still an independent venture. Fergus Barrowman, publisher at Victoria University Press (VUP) and editor of Sport, says the journal ‘has had support but not money from VUP, and I used to be careful not to work on it on VUP time – one of the meanings of ‘sport’ is what we do in the weekends. Sport would not have got off the ground without the support of the initial collective – Damien Wilkins, Elizabeth Knox and Nigel Cox – but they are writers with their own things to do so they quite quickly drifted off and left it to me.’ In 2003, Barrowman made the decision to reduce Sport from a bi-annual publication to annual, to make it more manageable. He notes that recently, Sport has had to move further into VUP’s stable, with the last issue and the issue forthcoming co-edited by himself and VUP staff, Kirsten McDougall and Ashleigh Young, and quite a lot of the work being done on VUP time.

Most people can imagine the time it takes to read through hundreds of submissions and then carefully work through making the selections. Beyond that, there is also the proofreading and copyediting – combing through each text for errors. Add to that the administration tasks, such as arranging for acceptance or rejection notifications to be sent out, proofs for contributors to check, maintaining a mailing list and newsletter for promotion of the issue, arranging contributor payments (if able to pay), and then the day-to-day upkeep such as email enquiries or requests. All of this work is almost always done around an editor’s day job, family life and even their own creative practice. Even with project funding, a large chunk of this work goes unpaid. And then consider the running costs of the journal, which often come out of the editors’ own pockets – in the case of an online journal, domain and web-hosting fees; with a print publication there are design, production and distribution costs. The idea of having to spend further time solo-navigating unfamiliar government agencies to try to provide your venture with more structure becomes an insurmountable task, often relegated to the bottom of the to-do list. As founder of Mimicry, a print journal established in 2016 and now up to its fourth issue, Holly Hunter concedes, she feels ‘drained of energy after each issue of Mimicry, mostly from the post-publication launch, sales and publicity tasks,’ but thinks ‘the energy-drain is probably true of most side-hustles, where you come home from work exhausted and then have to keep working.’ Therein lies the danger for the New Zealand literary journal – without a structure that enables a journal to be passed on, its stability is pinned to one or perhaps two key people, and its survival depends on how long those people can keep up the effort.

Pages: 1 2 3 4
This entry was posted in ESSAYS and tagged Louise Wallace. Bookmark the permalink.
Louise Wallace lives in Dunedin and is the author of three collections of poetry published by Victoria University Press, most recently Bad Things in 2017. She was the 2015 Robert Burns Fellow at the University of Otago, and is the founder and editor of Starling, an online journal publishing the work of New Zealand writers under 25 years of age.