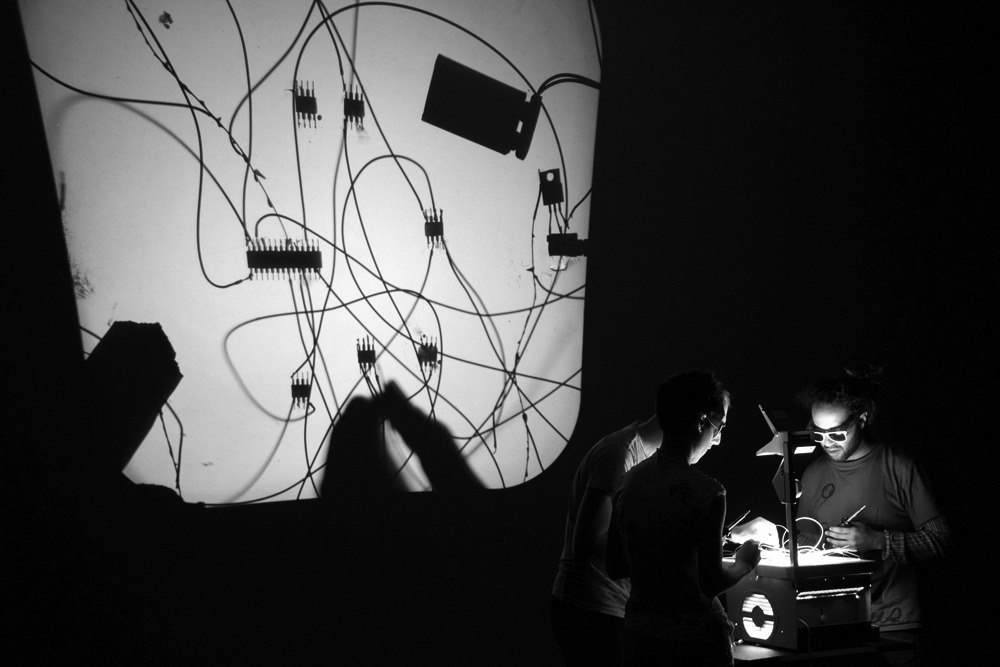 There’s a thin but substantial line that separates the abstract mathematical world of computation and the concrete physical world that surrounds us. We rarely interact directly with the processes of computation, instead we look at full-colour images on computer screens, type on QWERTY keyboards, or glide our fingers across glass digital phones. These are the physical interfaces employed to work indirectly with information, never truly touching the data manipulated by the microprocessors at the heart of our computers.

I’m interested in this translation divide, and how we can get closer to the mechanism of computation itself. Even though computers are, of course, electronic, I use the word mechanism because, at its most fundamental level, a computer’s operation is almost mechanical. Even though we all know information is stored as ‘1’s and ‘0’s, there are no tactile 1s and 0s present in computers, at least not how we think of them. The numerals 1 and 0 are in the domain of language, and in the same way as writing a ‘1’ on a piece of paper is just a line of ink – not actually the mathematical value of one – 1s and 0s are represented in a computer by electric voltage potentials, that are shuffled around much like how a marble might trickle down child’s mechanical toy. The result of this shuffling is called computation, and it happens so fast that we easily forget it isn’t just magic. 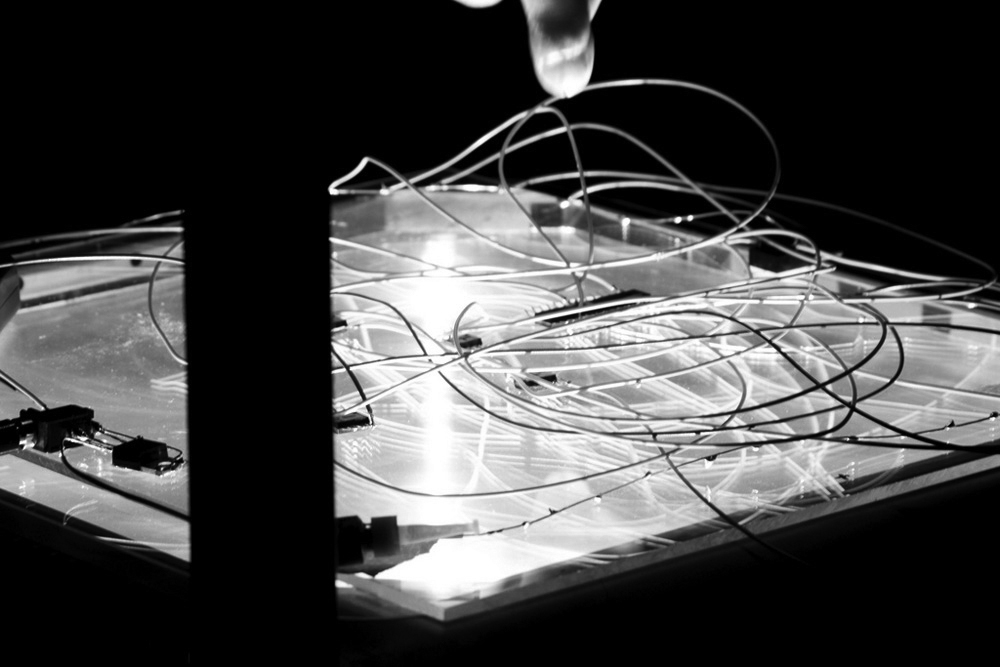 I try to expose this physical side of computation in my work. As a composer and visual artist, I employ these primitive 1-bit signals as my raw material: audio waveforms, video patterns, other signals made up entirely of 1s and 0s or on/off pulses of electricity. They are synthesised by simple microprocessors I program and then wire their binary outputs directly to things like audio speakers, motors or televisions. 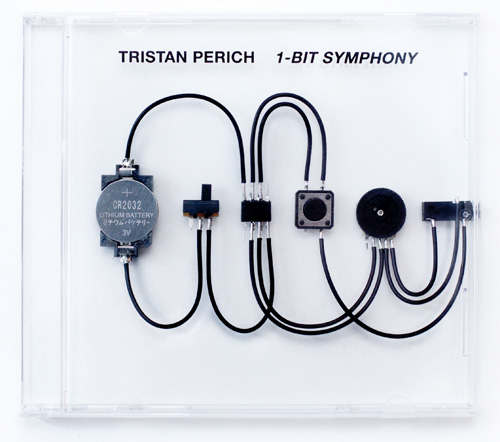 In 1-Bit Symphony, I composed an album of electronic music for microchip, and it was released as an electronic circuit with a headphone jack in the side. In my Machine Drawings, the signals are connected to motors that control the movement of a pen to execute drawings based on randomness and order.

In Microtonal Wall, I explore the nature of sound by having 1,500 small speakers each play individually tuned pitches, which collectively add up to white noise, like the colours of the rainbow adding up to white light. In Between the Silences, I have nine classical stringed instruments performing against an austere nine-part 1-bit electronic score, played through speakers on stage with the musicians. 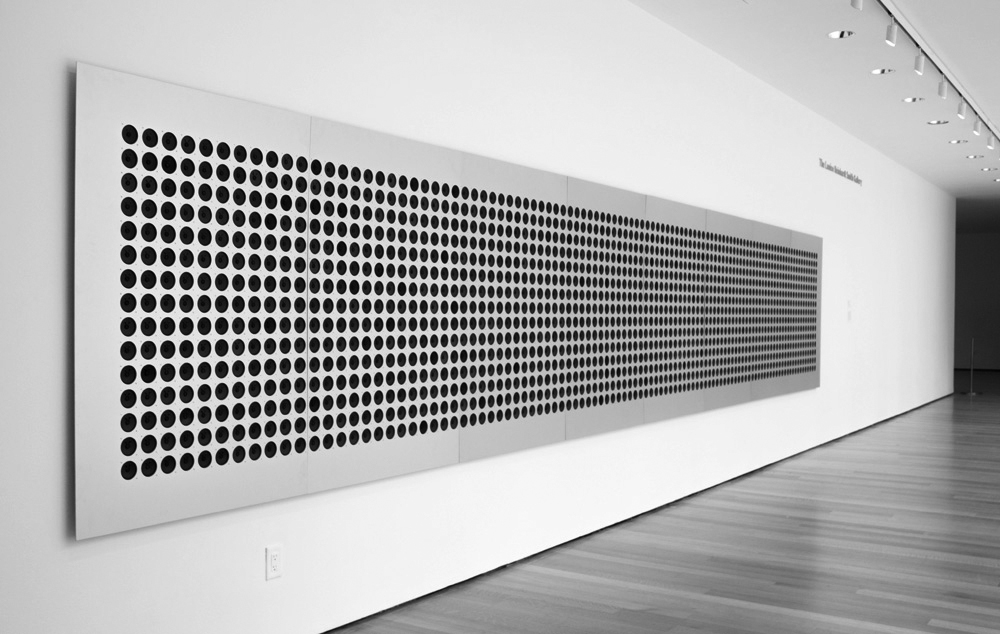 As opposed to ‘hifi’ media, 1-bit audio has a raw electronic sound, 1-bit video a primitive binary visual, etc. In addition to being intellectually interested in working with the most basic digital signals, I find their sounds refreshing and alive. Rarely do I think about what they can’t do because of their simplicity – like how we wouldn’t think about why a violin cannot play back pop songs in high fidelity. Instead, the mechanisms become new instruments themselves; sound defined by their binary simplicity, voices played by computation.

This entry was posted in ARTWORKS and tagged Tristan Perich. Bookmark the permalink.
Tristan Perich’s (New York) work is inspired by the aesthetic simplicity of math, physics and code. The WIRE Magazine describes his compositions as ‘an austere meeting of electronic and organic.’ 1-Bit Music, his 2004 release, was the first album ever released as a microchip, programmed to synthesize his electronic composition live. His latest circuit album, 1-Bit Symphony has received critical acclaim, called ‘sublime’ (New York Press), and the Wall Street Journal said ‘[its] oscillations have an intense, hypnotic force and a surprising emotional depth.’ His award winning work coupling 1-bit electronics with traditional forms in both music (Active Field, Observations) and visual art (Microtonal Wall, Machine Drawings) has been presented around the world, from Sonár and Ars Electronica to MoMA and bitforms gallery.