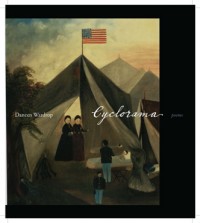 About a decade ago ‘trauma’ became an industry in the academic literary critical economy. This was due in part to the success of Cathy Caruth, but there were other theorists that mattered before and after (Freud’s ‘repetition compulsion’ and Elaine Scarry’s body in pain). Holding hands with trauma was ‘witness’. Of course, witnessing has been in the discourse for a long time as well, but there was a steady growth in its paradigmatic quality after the Holocaust industry began to develop more fully (see Norman Finkelstein).