‘We’re masters at taking the way we speak and communicate’: L-FRESH The LION in Conversation with Simone Amelia Jordan 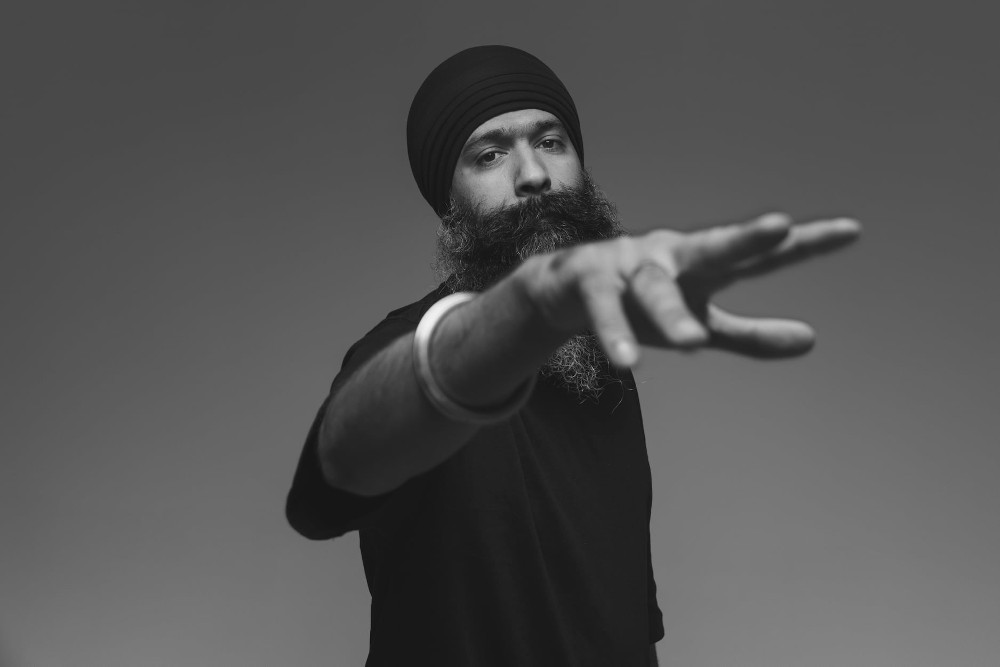 Image courtesy of L-FRESH The LION.

When I first heard of Simone Amelia Jordan, she was editing The Source magazine, the world’s longest-running rap periodical. I remember reading her articles covering emerging hip hop artists from Australia, exposing them to an international audience who have become accustomed to having their taste in music crafted by The Source. ‘She’s from here’, my friends would tell me. She’s one of our own.

From Burwood in Western Sydney to New York City, the birthplace and capital of hip hop, Simone Amelia Jordan has pioneered a pathway for music journalists from the most unlikely of places. We sat down to chat about our own individual journeys into hip hop and to share our love and passion for the music and culture that has shaped our lives.

L-FRESH The LION: In my eyes, you are a pioneer of hip hop culture in Australia. The work you’ve done as a journalist has taken you from writing about the small yet exciting and emerging scene in Sydney and Australia, more broadly, to landing one of the most coveted editorial roles in hip hop at the culture and genre’s home of New York City. However, before we talk about the barriers you had to break to get there, I want to start at the beginning. Can you talk about where you grew up and what drew you to hip hop culture?

Simone Amelia Jordan: I grew up in the Inner West and Western Sydney. I was born and raised there. I come from Lebanese and Greek Cypriot immigrants. My Lebanese family were one of the first Lebanese families to come from their village in Lebanon, so we’ve been here a very long time. I hung out in Burwood my whole life, that’s the hood that I claim. It’s changed a little now but 20-30 years ago, it was different. I also spent a lot of time hanging out across other parts of Western Sydney too, as many of us did in those days as teenagers of the mid-’90s.

I honestly gravitated towards hip hop from the moment I understood I was listening to music. And at that point, which was late ’80s when I was like eight or nine years old, that was when hip hop and R&B really married. And so, I came of age, I guess, as a music listener when new jack swing was huge and the two genres, rap and R&B, which had been quite separate up until then, came together. I was privy to seeing those genres marry and the magic that they made. I came upon artists like Mary J. Blige, like Heavy D & the Boyz, and all of those classic new jack swing artists like Father MC, Joe C, the Uptown Record vibe of Andre Harrell and Puffy. That was my entry into the music and it was just such an incredible entry.

LFtL: There’s nothing else like that synergy in the fusion of rap and R&B. I’m a generation or two removed from seeing that happen in real time but with that said, so many of my favourite songs when I was a teenager were of that fusion like Fabolous and Ashanti, the many rap tracks with the queen of choruses Mary J. Blige, Lauryn Hill and The Fugees. The list goes on. What excited me was the fusion of the melodies with the word play of the lyrics and the rhythm and style of the rap verses. And most importantly for me, the story telling drew me in. The songs I was listening to inspired me to become more than a fan by getting involved in the culture, and for me, that was through writing songs and making beats. I felt compelled to share my story through music. What was it that motivated you dive in and become actively involved as a participant in hip hop?

SAJ: I was writing raps at about eight, nine years old. I remember the first time I wrote rap lyrics was when my family and I lived for two years on the Central Coast, between 1989 and 1990. We were whisked away from the cultural melting pot of Sydney into this very homogenous lily-white environment. We lived in a suburb called Point Clare on the Central Coast and we were called ‘wog’ every five seconds. My sister started kindergarten there. The other kids called her ‘poo eyes’. My mum was a barmaid. She got a job in a pub up there and one man at the bar asked her: ‘what do you people eat?’ She turned around and said: ‘rocks, my boy.’ So against that backdrop of feeling very different, and coming into my own, and loving hip hop and R&B music, I started writing rhymes.
LFtL: Do you remember what your first rhymes were about?

Pages: 1 2 3
This entry was posted in INTERVIEWS and tagged L-FRESH The LION, Simone Amelia Jordan. Bookmark the permalink.
L-FRESH The LION is regarded as one of Australia’s most important hip hop artists. Born and raised in South West Sydney, he is known for his unwavering strength, forever rising mentality and ability to move a crowd. From live music venues, stadiums and arenas, to the United Nations Headquarters in New York, L-FRESH has caught the eyes of many across Australia and the world. He is the author and performer of the Sydney Kings’ (National Basketball League) theme song ‘WE THE KINGS’, ambassador for Australia as selected by YouTube for their international Creators for Change initiative, an ARIA Award and Double J Artist of the Year nominee, and has shared the stage with hip hop icons Nas, Dead Prez and Talib Kweli as well as Sir Elton John and Malala Yousafzai. In 2019, he also made multiple appearances as a guest performer on India’s #1 reality music TV show, MTV Hustle. He is the Artistic Director and a co-founder of Campbelltown Arts Centre’s Conscious project, a professional artist development program for socially minded hip hop artists from Western Sydney and founder of Village Boy Entertainment, a creative facilitation company that serves as a bridge between artists and the music industry.


More by L FRESH the LION on Cordite Poetry Review →
Simone Amelia Jordan is an award-winning writer, journalist, and host, who works as Director of Special Projects for Media Diversity Australia. She is the recipient of the 2021 Richell Prize, for her upcoming memoir Tell Her She’s Dreamin’. Simone holds a Bachelor of Arts in Communication (Journalism) from the University of Technology, Sydney. Jordan was appointed the first international Content Director of The Source magazine in 2015 and was selected as one of five women in the world to design her own shoe with Reebok Classics in 2012. Jordan’s work has appeared in SBS Voices, ABC Everyday, Channel 10, VIBE Magazine, The Industry Observer, and Diversity Arts Australia.