To Change the World: Baxter As the Eternal Reader 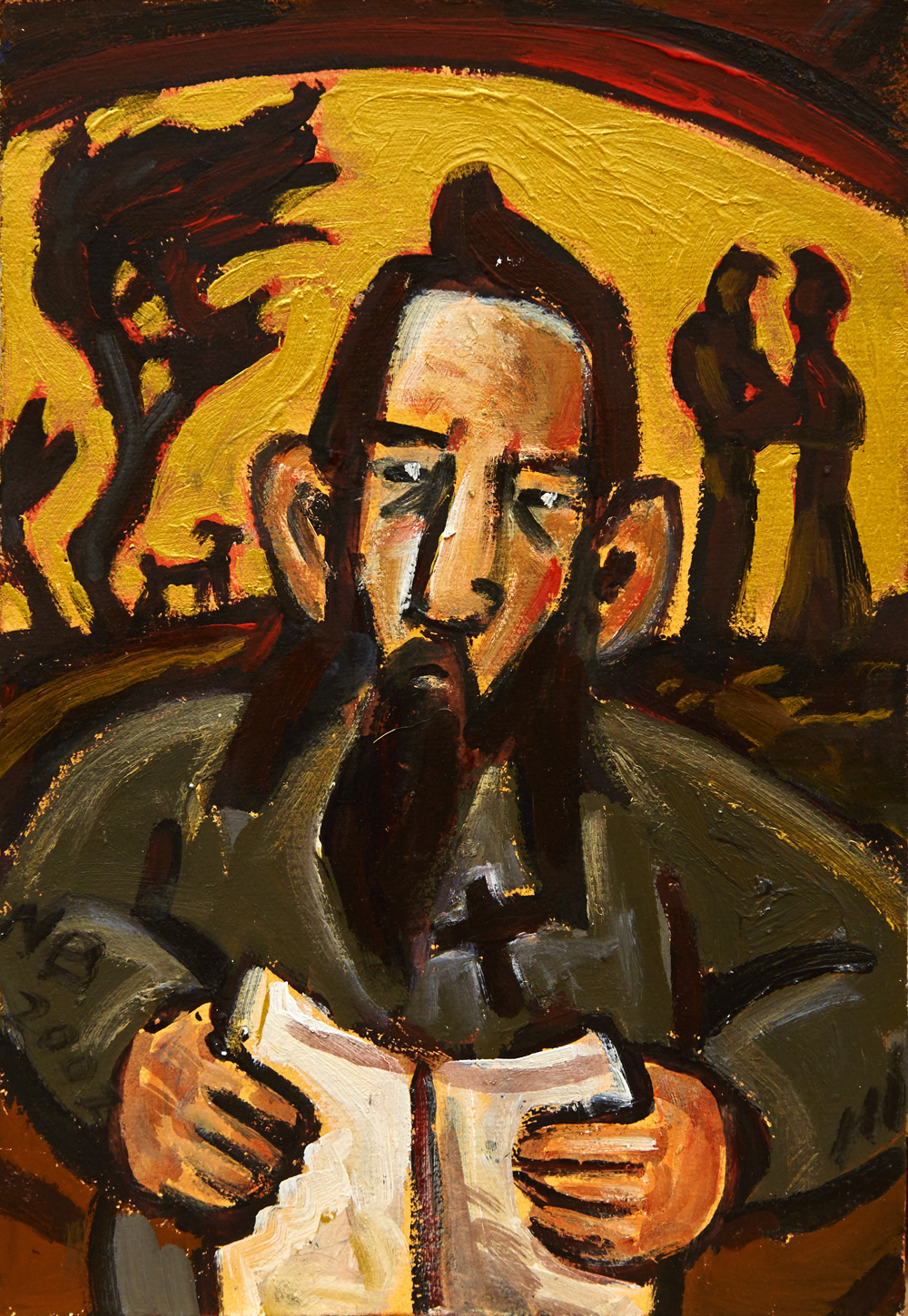 It is difficult to paint from a grounded meaning, and for me the search has been intuitive. Both my father and I were deeply influenced by James K Baxter (1926-1972).The experience of being read poetry ‘that handled ideas like bombs’ was a kind of conversion. For over forty years Baxter has appeared in my work as the immortal hairy man dispensing a poetic that might cure the world. While that sounds religious, it is also just the spiritual urge lurking in archetypes, in our organic indigenous cultures, and in the abandoned Romanticism before our Modernist immersion and climate changing technocracy.

I use text in my work and always value associations with poets. Of course, Baxter was much more than a poet; in his work social injustice and ‘love not much valued’ push you creatively away from mere aesthetics. However, whatever the more clumsy aspects of his personal ‘search,’ his crafting held it all together remarkably. Just as Baxter disembodies into the ‘poetic eternal’ – separating from the earthly specifics of a life – so too may a painter embrace the freedom to evolve symbols with expanding boundaries.

Even in times of confusing disconnectedness I believe simplicities can be found. This approach is not a matter of ‘finding’ priests and dogmas, but one of more involvement with the timeless human ‘situation’. So when people gather for a Baxter reading, the words spoken lead a basic tribal urge – they are the words of someone who has travelled mentally, a master of chant. They form an alarm that calls for less indifference and more sensitivity.

Pages: 1 2 3 4
This entry was posted in ARTWORKS and tagged James K Baxter, Nigel Brown. Bookmark the permalink.
Nigel Brown was born in Invercargill 1949, raised on orchards, and graduated from Elam School Of fine Arts With a BFA. In 2004 he was awarded the Order of NZ merit for services to painting and printmaking. An extensive range of publications feature his work, described as a symbolic expressionist. Brown features in two films on the inaugral Artists to Antarctica event and in a film about a trip to Dusky Sound. While most of his early career was in Auckand in 2001 the artist and his partner shifted to Cosy Nook in Southland. While preodominately a painter, he has worked in lithography and woodcut, medallions, sculpture, stained glass and book illustration.