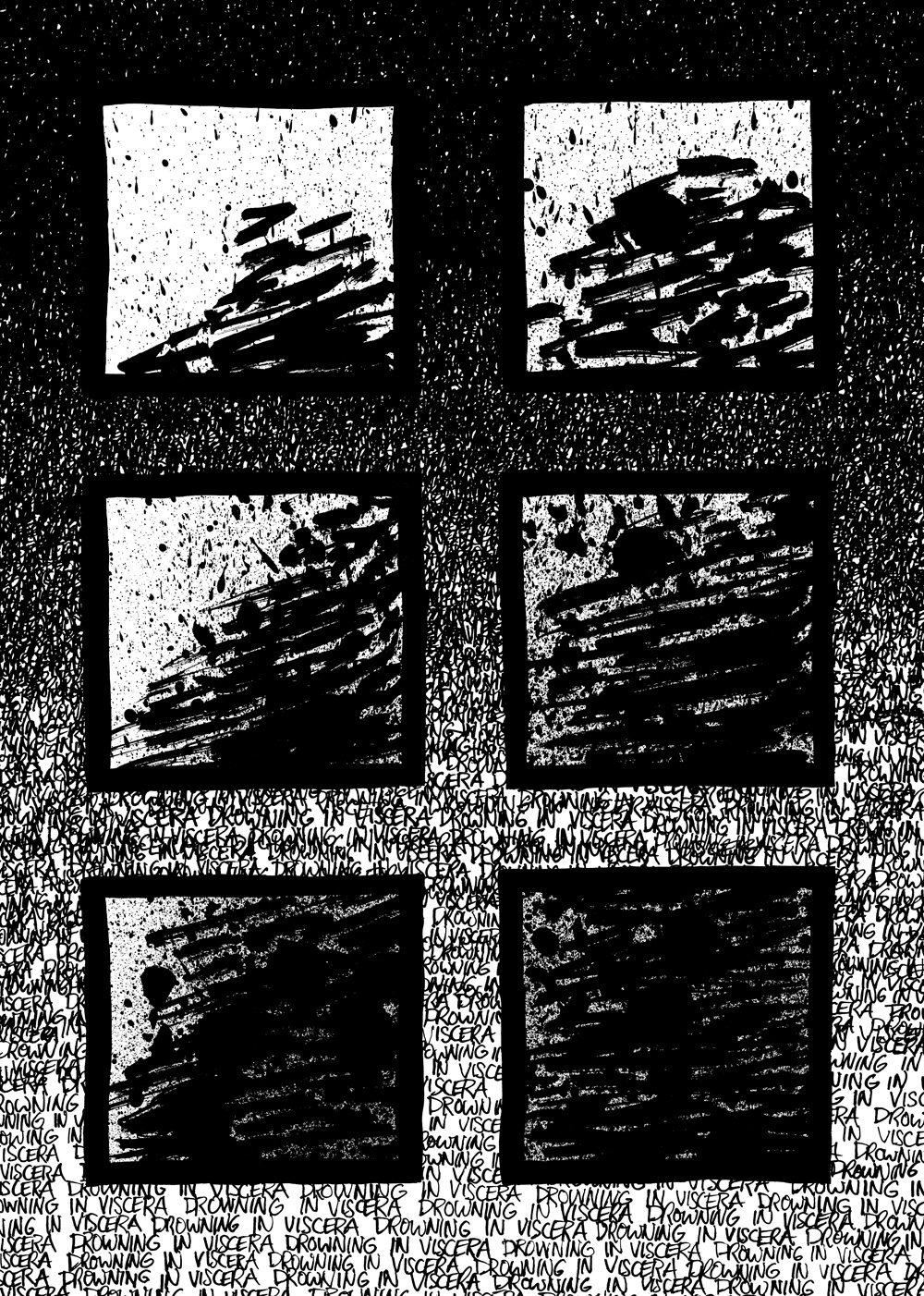 This entry was posted in ARTWORKS and tagged David Raw, Marty Hiatt. Bookmark the permalink.
Draw began making comics in the mid-1990s and has since published numerous mini-comics, and contributing to anthologies and exhibitions in New Zealand and internationally. His recent practice is focused on abstraction and investigating the formal qualities of comics. Since 2008, Draw has maintained an ongoing webcomics site, Drawing Silence, where he publishes a mixture of narrative and experimental comics. Some of this work was included in the Eisner Award-nominated book Abstract Comics: the Anthology (published by Fantagraphics in 2009).