Pembroke and Charm of a Bivalve Chanteys (after Duncan Hose) 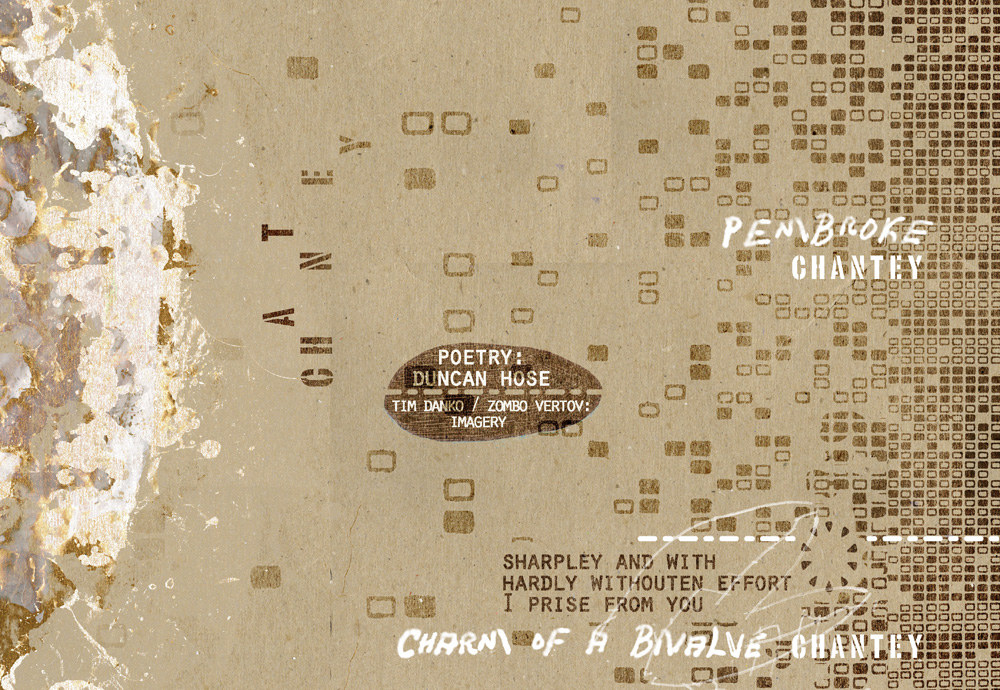 This entry was posted in ARTWORKS and tagged Duncan Hose, Tim Danko. Bookmark the permalink.
Tim Danko makes comics, lives in New Zealand which is surrounded by sea (much like Australia, but more sea less land). He has worked with Silent Army and Oats comics, and if you search Dead Xerox Press on the internet you will find a sporadic archive of his comic work. It is like a small undercurrent cultural stream that breaks the surface into unusual places. Danko's stream work has popped up into France on several occasions and surprisingly the Australian National Gallery in Canberra. I have an ongoing series of comics called Sup-Ho and a long form comic Once that use the writing of Robert Walser.