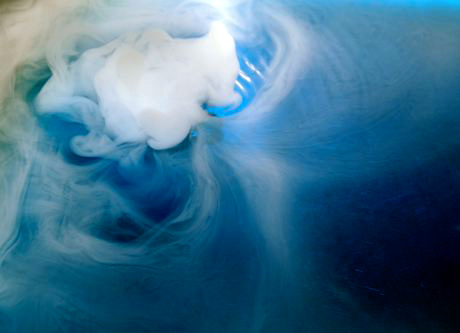 When I was invited by Cordite to curate this chapbook, my mind filled with one word … presence.

Presence can be defined as:

The state or fact of being present; current existence or occurrence.

Immediate proximity in time or space.

The area immediately surrounding a great personage, especially a sovereign.

A person who is present.

A person’s bearing, especially when it commands respectful attention: ‘He continues to possess the presence, mental as well as physical, of the young man’ (Brendan Gill).

The quality of self-assurance and effectiveness that permits a performer to achieve a rapport with the audience: stage presence.

A supernatural influence felt to be nearby.

The diplomatic, political, or military influence of a nation in a foreign country, especially as evidenced by the posting of its diplomats or its troops there: ‘The American diplomatic presence in London began in 1785 when John Adams became our first minister’ (Nancy Holmes).

Fernando Pessoa stated the idea of presence functions in the following sense, ‘when you see a thing in the poem, it is exactly the thing.’

This idea of presence gives poetry a privileged ground for the production of new truths precisely by enabling truth to develop within the poem itself. The ten poets I have invited to contribute to this chapbook arrive on the page/screen with a shimmering presence, and in so doing offer the reader ‘unquantifiable pleasure’ which, as Pascalle Burton so boldly states, is ‘the key to a really good secret’. These poems/secrets/truths come from some of my favourite writers working today in Australia and Canada.

Whether they are pumped from the brain ‘by a windmill into space’ (Nathan Shepherdson), or are found kicking euphorically beneath a skylight (Jacqueline Turner), they have an immediacy that slips into the bloodstream.

As your heart pumps each poem around your body, they will transcend the mere presence of text. The voices of the poets will become present and, concurrently, your own voice will bubble up from ‘far below the workings of sun’ (Aidan Coleman), making you, equally present in every poem. Without you, they remain charged wordy shapes; the poem, present only to itself.

As you enter these pages – or as they enter you – you will experience the ‘crushing weight of a demon on your chest’ (Tim Sinclair); witness ‘the moment the day’s balance tips towards night’ and ‘crepuscular bats’ are led by their ‘petalled noses’ (Louise Oxley); get ‘ambushed by bees’ as ‘scent bombardments’ stop your breath (Jean Kent); and sip tea as a mother slips beyond ‘the grave’s clean door’ (Ross Donlon).

These ‘conjurers’ have made the ‘illusory tangible’ (Jacqueline Turner). So accept this as an invitation to open to their presence.

This entry was posted in CHAPBOOKS and tagged Aidan Coleman, Graham Nunn, Jacqueline Turner, Jean Kent, Jon Paul Fiorentino, Louise Oxley, nathan shepherdson, Pascalle Burton, Ross Donlon, Sachiko Murakami, Tim Sinclair. Bookmark the permalink.
Graham Nunn is the founding editor and driving force behind Another Lost Shark Publications. He blogs at Another Lost Shark and has published six collections of poetry, his most recent, The First 30 and other poems (Another Lost Shark Publications, 2012). In 2011, Nunn was the recipient of The Johnno Award for his outstanding contribution to QLD Writers and Writing. In 2013, Nunn has work forthcoming in the major anthology Haiku in English: The First Hundred Years and will release a new chapbook, I, land.