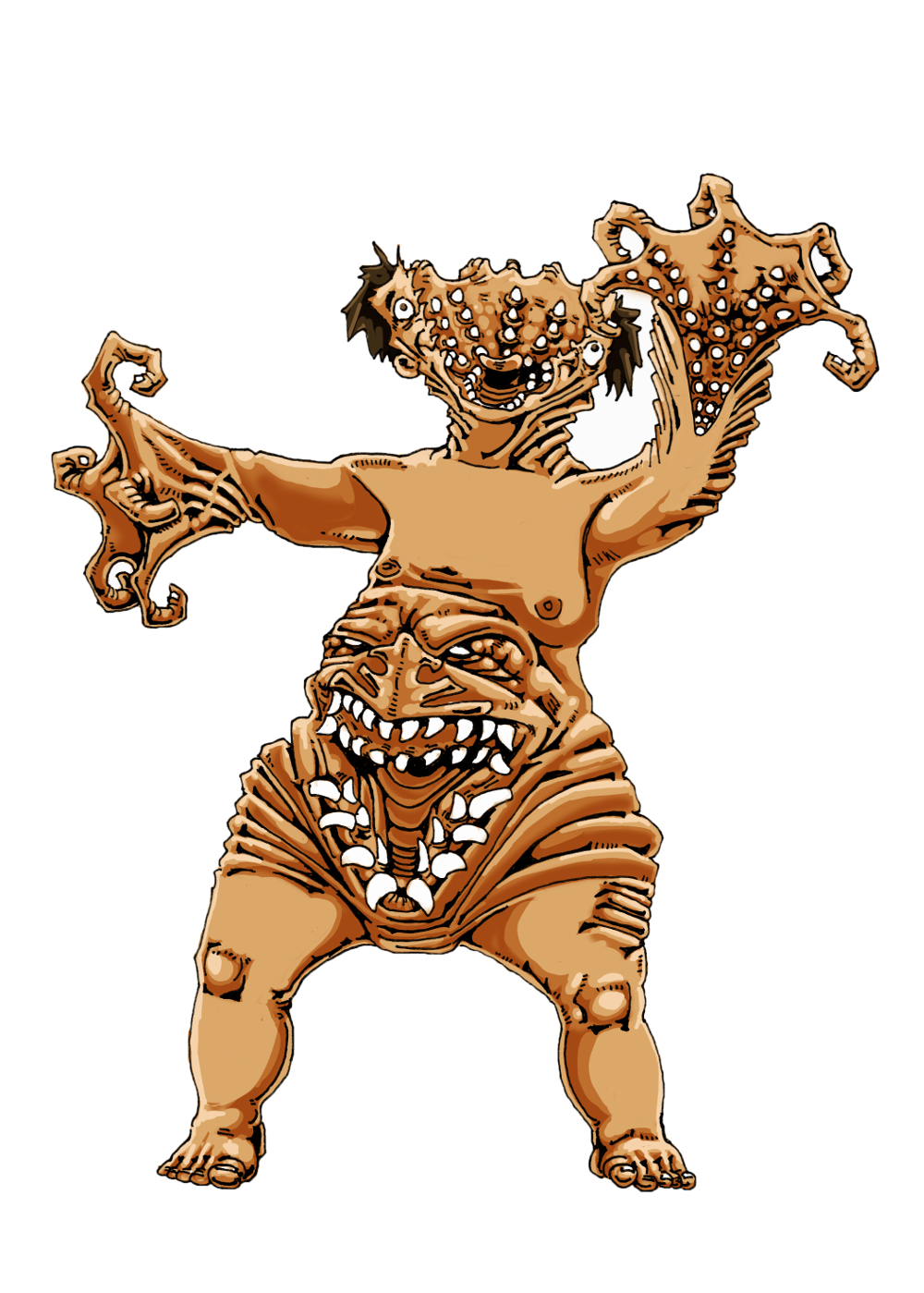 I wanted a demented human body without blood, but with a good scare factor.