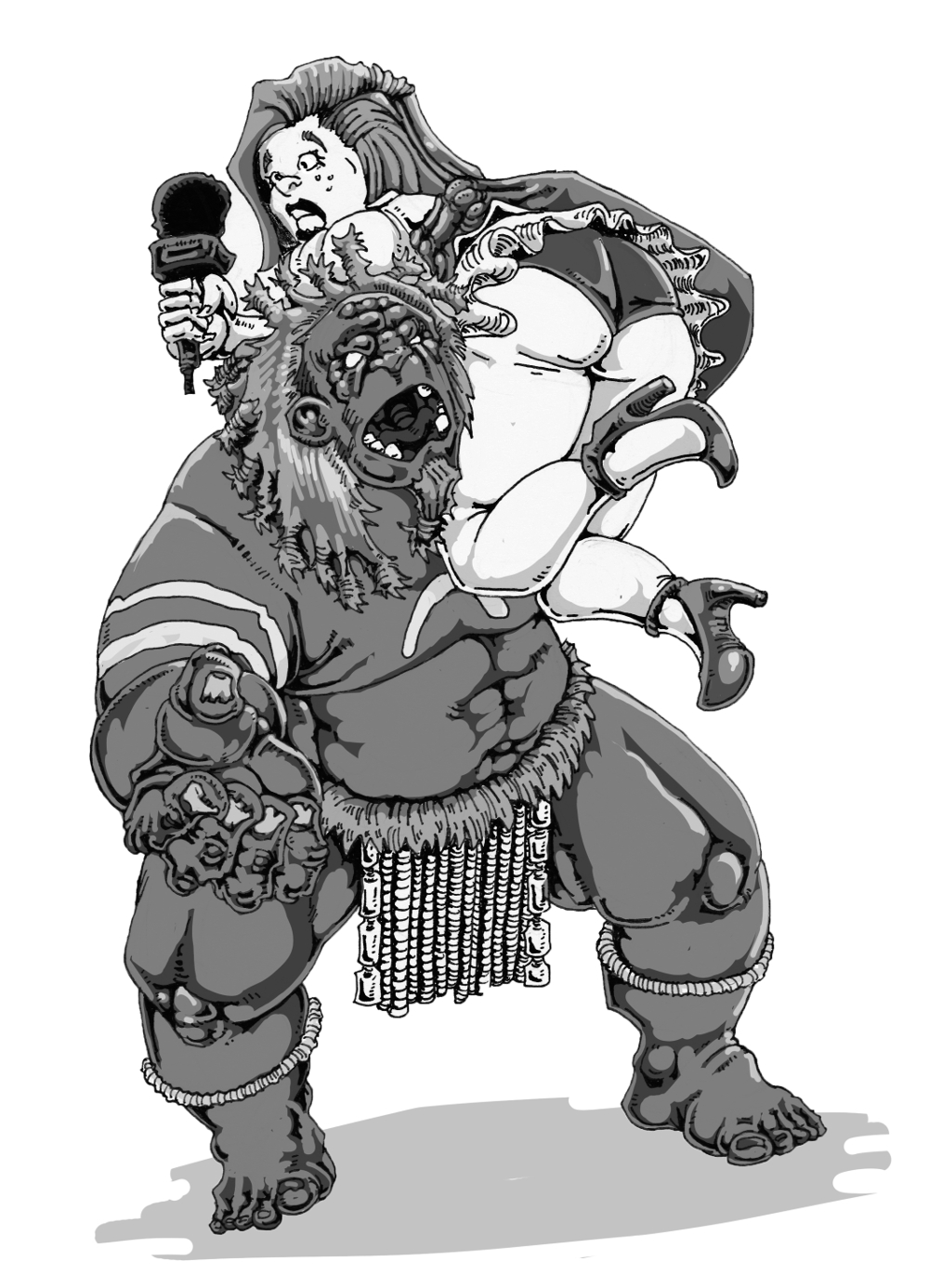 This is the Goon-goon, a famous monster from my Indigenous folklore. I’ve never seen one, but this is my interpretation.