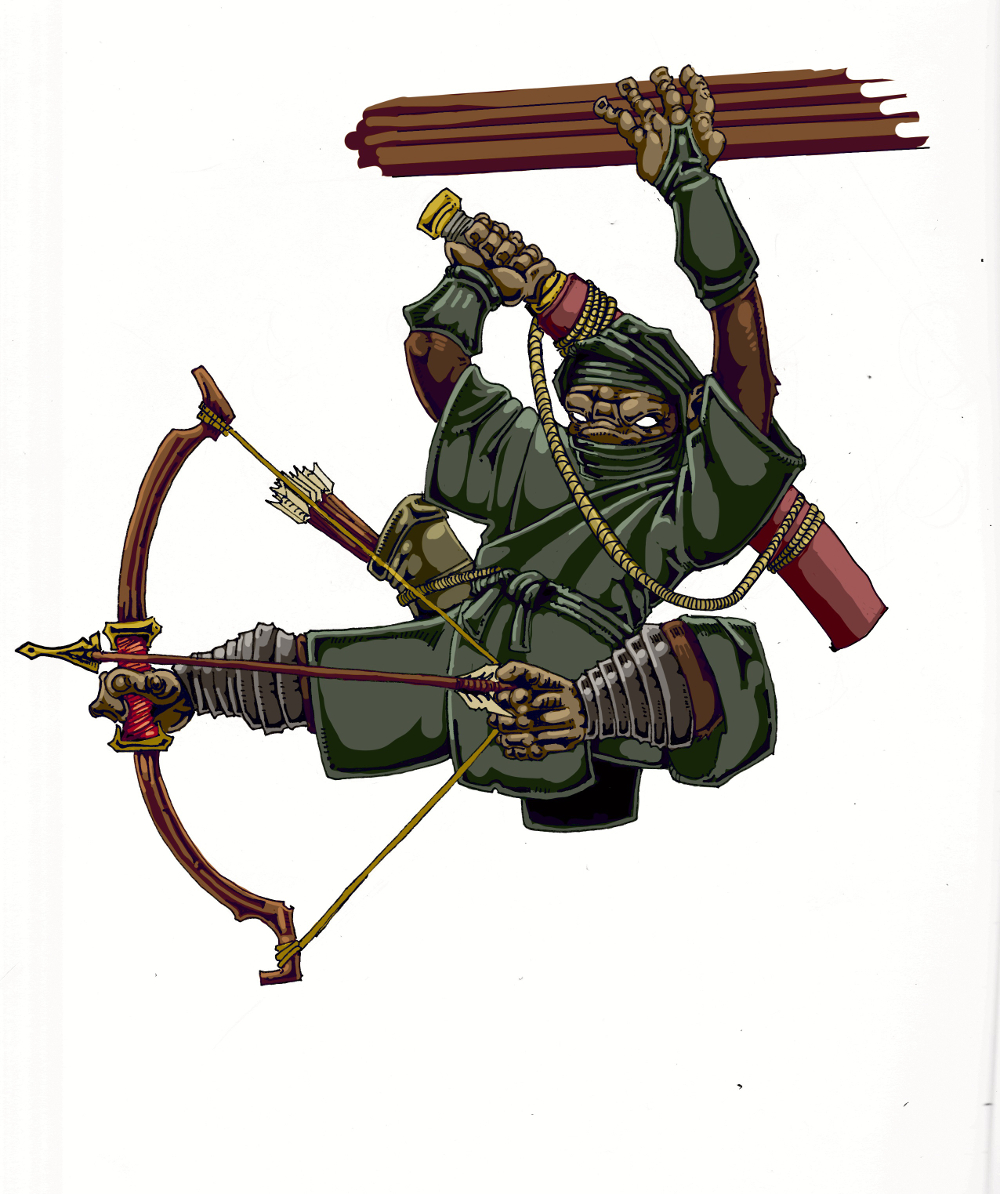 This daily sketch began randomly, but it took the form of one of my already existing characters: the world’s greatest ninja Munki Hanzo. I heard the story of a real life ninja who was raised by monkeys.