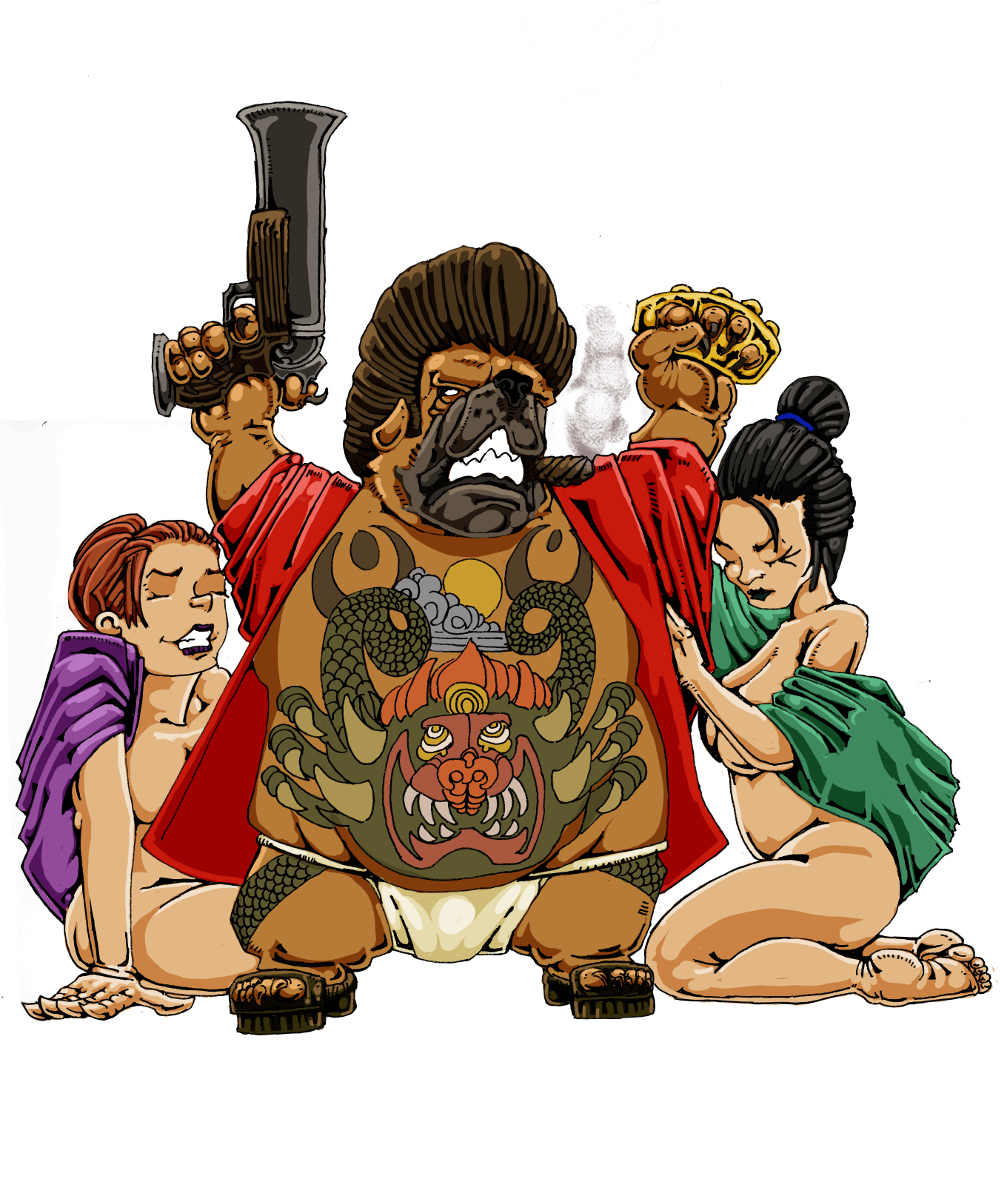 This character is a running joke. In high school, my nickname was Boss Dog, ironic since I never had a job at the time and I hated leadership roles. Friends gave the name, saying it suited me. I dunno!? When I think of the name, this is what I think.