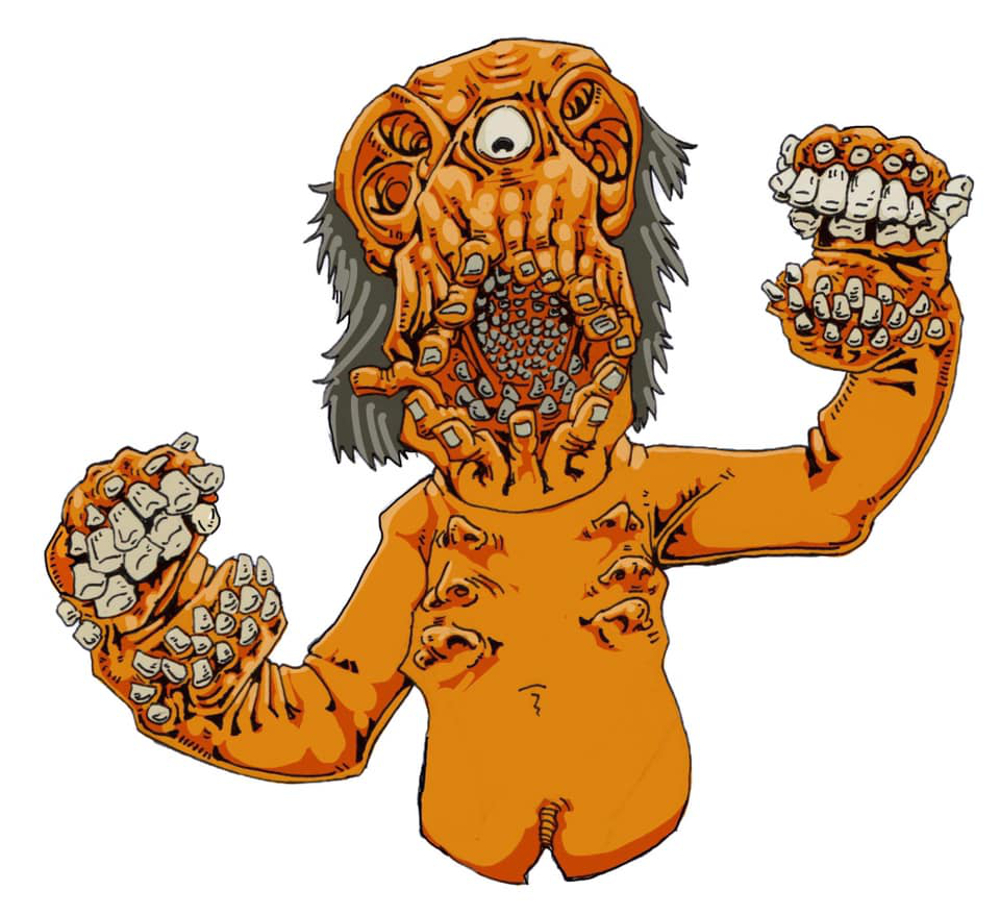 Finger Teeth was the first monster, and is a classic example of a ‘What if?’ creation as in ‘What if we had teeth for fingers and fingers for teeth?’