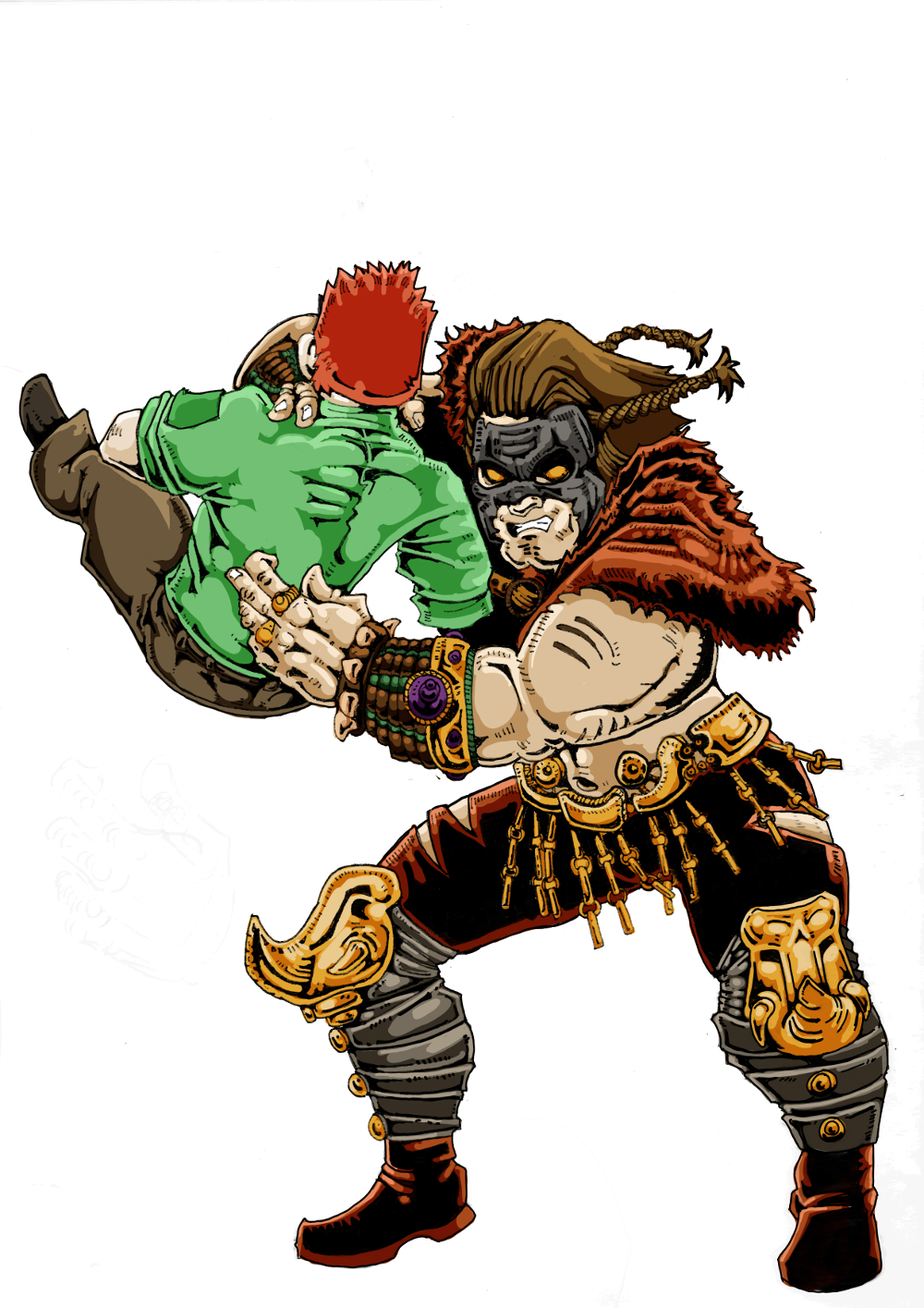 Choke Slam is inspired by the famous choke slam of WWE wrestlers Kane and The Undertaker. When I did the sketch, I tried to capture what the most dreaded moment of the choke slam is: the height of the choke just before you become pummelled into darkness.