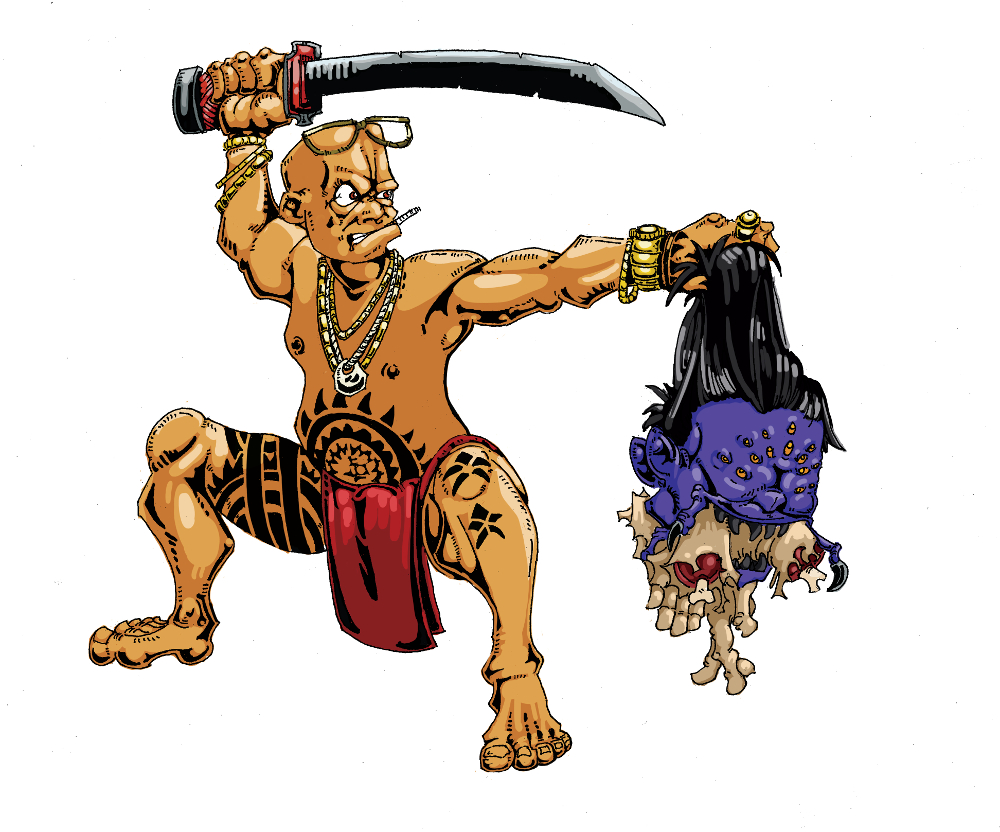 I am a huge fan of folklore and folktales. The Ogoh Ogoh monsters of Bali inspired this.