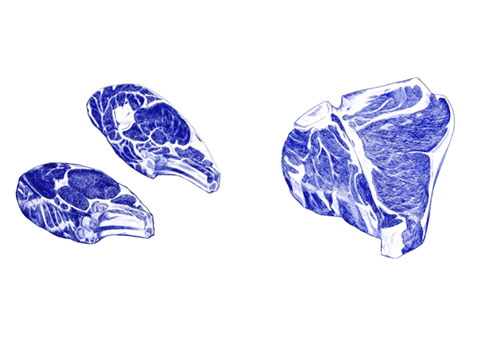 This folio presents six recent graduates of Monash Art Design & Architecture’ (MADA) Fine Arts Honours program. As an art school embedded within Monash University, it facilitates a program that encourages students to contextualise their art practice within a discursive and to an extent, ‘exegetic’ practice. In many cases, text becomes a tool to ground and substantiate – to stake a claim in the field – that the artists constructs or composes for the work.

What I found interesting (and exciting) as one of this group’s teachers was not only their explicit use of text, voice and poetics within their art projects but their experimental approach to the exegetic text itself. I want to avoid tying this group of artists together via a central premise or a collection of neat themes. They each, in accordance with the conceptual underpinnings of their research, used text to challenge any pedestrian understanding of the exegesis to illustrate and reduce art making and audience reception. Text and the textual becomes an autonomous entity within their art, another critical tool to engage the material and social world. Each text, in its own way, slips around, courts ambiguity, evades singular interpretative routes, and at times blocks our perhaps over-schooled assumption of what an artistic process might entail.

David Egan presents an audience with a series of discrete moments. A seemingly identical set of landscape paintings sits atop of a continuous frieze painted with a spear of broccolini. Both of these tropes of painting play simultaneously with the gestural mark and systematic reduction. In 2014 Egan has exhibited at Slopes Project in February and will be exhibiting at the Substation Centre for Art and Culture in March and with Patrick Miller at Adult Contemporary in Perth.

Thea Jones investigates the material consequence of touch – this contact between ‘things’ is envisaged as a complex interaction of physical forces – that questions how we as subjects understand intimacy. In 2014 Jones is completing an Arts degree and exhibiting at Seventh Gallery in June.

The process of understanding and reading everything and to some degree nothing in the space of art might sum up Nicola Bryant’s concern. With a degree of wit, Bryant grapples with everyday musings within a textual space that is wary of grandiose narratives.

Lauren Burrow presents literal and methodological intersections between objects, narratives and the detritus of creative processes. With a concise formal vocabulary she frames materials that that are both partial and lustrous. In 2014 Burrow is exhibiting at Platform Contemporary Art and Trink Tank in April and Seventh Gallery in June.

Saskia Doherty engages in process driven experiments that are staged in the space of the gallery. She exposes the potential for relentless continuation of the process but also allows for the halts and its performative potential. In 2014 Doherty is exhibiting at C3 Contemporary Art Space in March, Platform Artist Group and Craft Victoria in April, West Space and the Monash University Museum of Art in May.