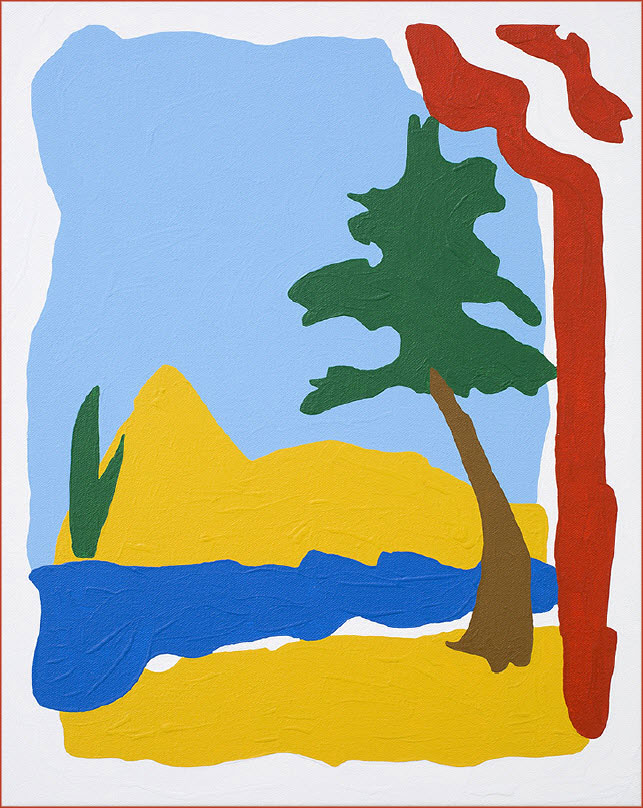 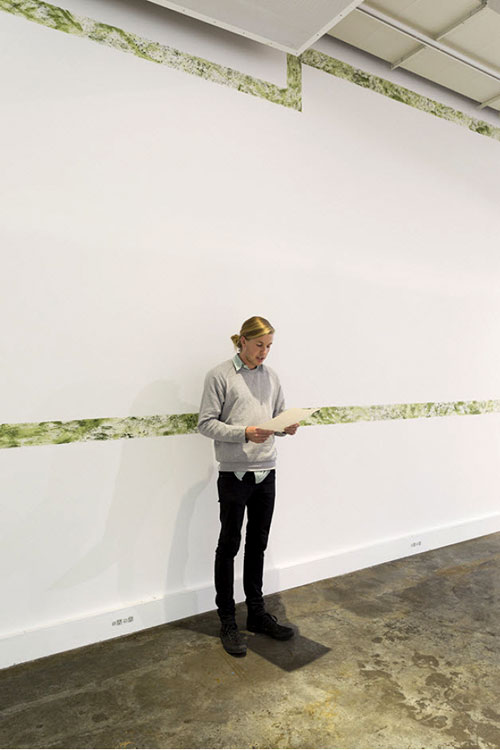 A runner separates two corridors of paintings on the walls. A thin carpet separates two centuries. A runner is invited to design a pair of shoes which will dually function as an advertisement for both the runner and the shoe company. The runner makes suggestions. Her favourite colour, ‘the shoes should have a green sole’; she has high arches, ‘it could offer extra support around the middle’. But the runner has misunderstood the brief, she wasn’t really being asked to design a shoe.

The windows I can see from my window on the top floor are just little black squares. ‘Alienation, justification, arrogance!’ she announces, standing up straight from the table. For a moment she holds the gaze of the two men sitting opposite, then she exits stage left (our right). The two men look at each other and begin laughing manically. The lights fade out slowly, the men leave and two figures dressed in black enter quickly to remove the table. A camera flash from the audience illuminates the whole scene and one of the darkly clad removalists jumps and almost drops the table, his hand slipping on the silky cloth. 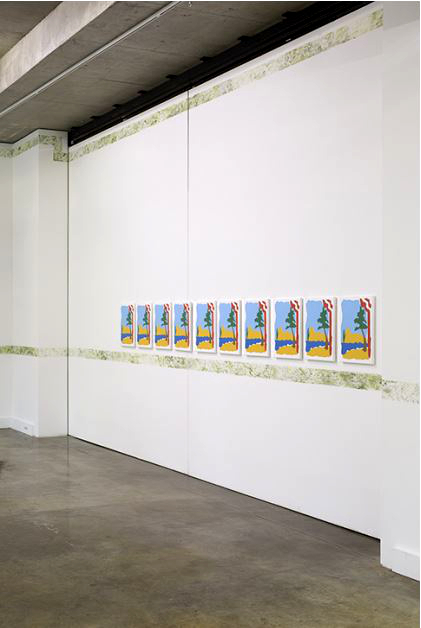