Over the course of her outback chapters, spanning close to a decennial, I have taken over 56,000 photographs covering some 500,000 square kilometres since immersing into the greater desert regions of Central Australia. In particular, I am drawn to the decaying enamel of rust in the dust levelled at an assortment of post-carnage and yesteryears’ abandonment of motor vehicles peppered throughout the Central, Simpson and Western Deserts.

Literally climbing in and out, over and under of hundreds of metal carcasses not yet completely interned to the sands, her photography arches in between the chromatic intersection of light and darkness with a prescribed interplay on religiosity filtering deliberate sentiments of votive imagery through oscillating frames of prayer and faith – crucifixes and crosses.

The shattering of glass captured from these former carriages of petroleum movement heightens the illusion of a phosphorescent diaspora absorbed from windshields to quarter-glass to passenger walls of air, light and protection. Canvassed into the landscape of a baron inland sea, these prismatic shards of iridescent intensity not only satellite the curiosity of the photographer but also hostage solitude and fragility of the imagined rear view. 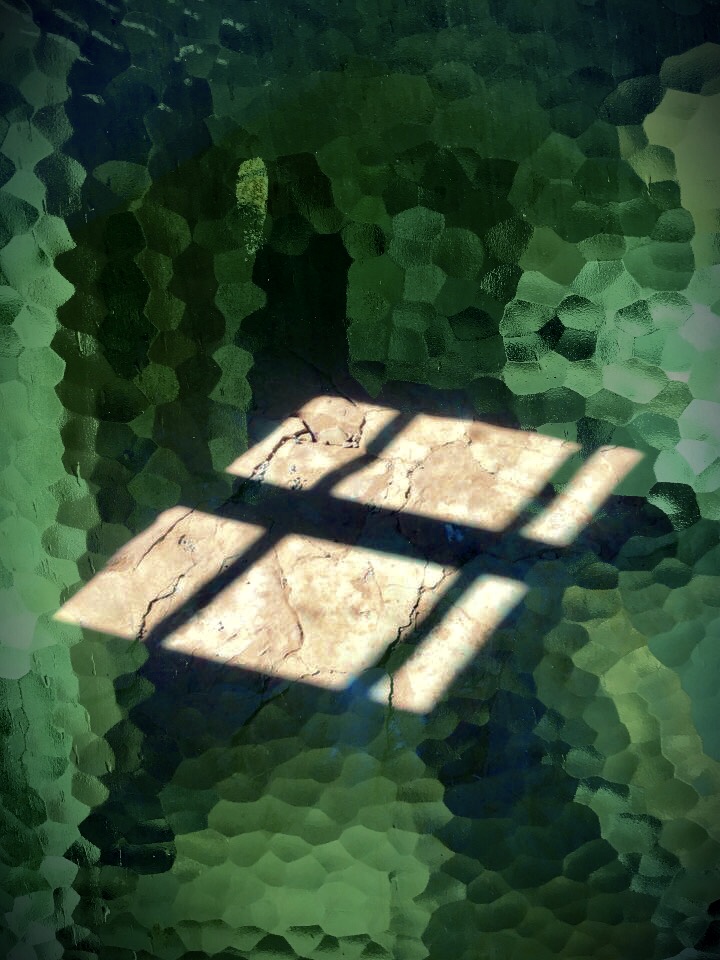 One Response to Carnage, Crosses and Curiosity: 13 Images by Yvette Holt