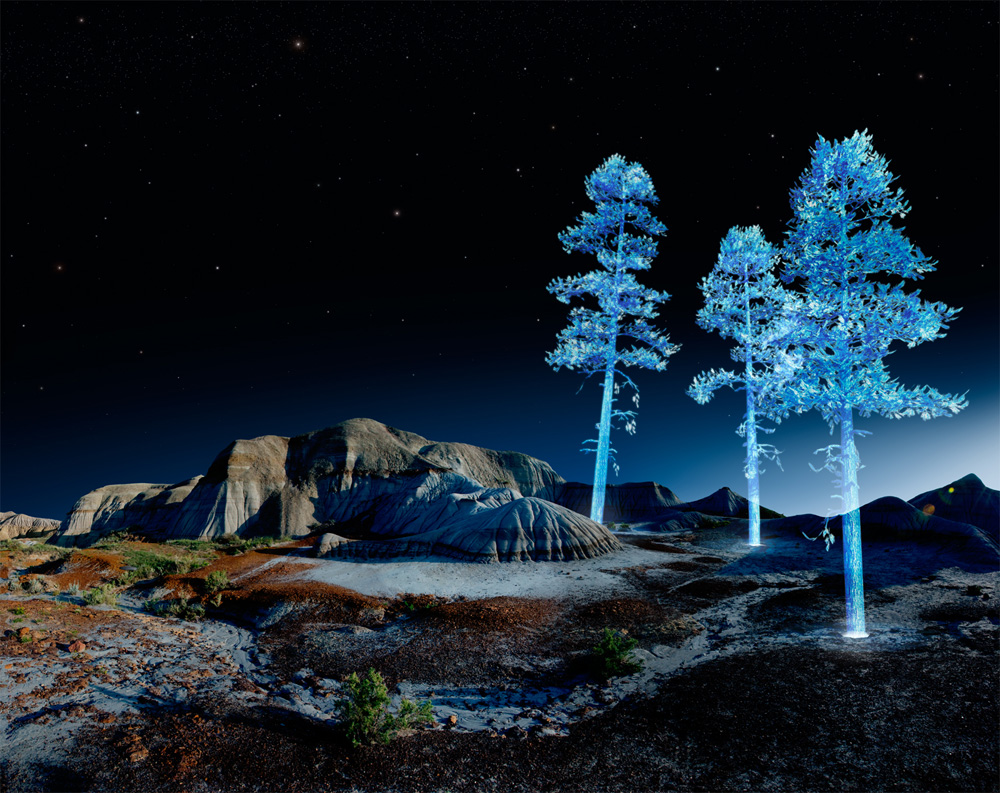 Supported by Southern Alberta Art Gallery.   Mining the aesthetics of cinema and science fiction, ‘The Erudition’ presents a lunar-esque looking landscape with what appears to be an unlikely monument or proposal, consisting of holographic trees blowing in fictional wind. Is this slightly malfunctioning display a forgotten site for proposed colonisation? Better yet, is this some kind of alien artwork? – Murray Whyte