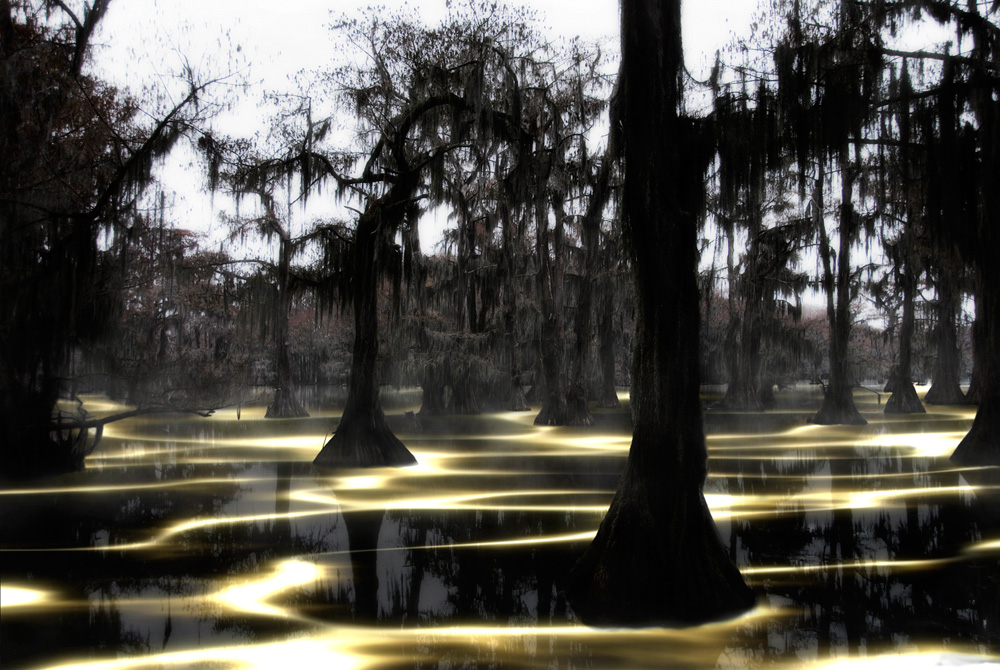 Originally commissioned by Artpace San Antonio   and shot on Caddo Lake in Uncertain, Texas, ‘Leviathan’ depicts the area’s indigenous bald Cypress trees in their swamp environment. Within the water are undulating tendrils of yellow light which could be the birth of primordial life, the emergence of an unknown aquatic creature or a manmade disaster of epic proportions. – Lana Shafter