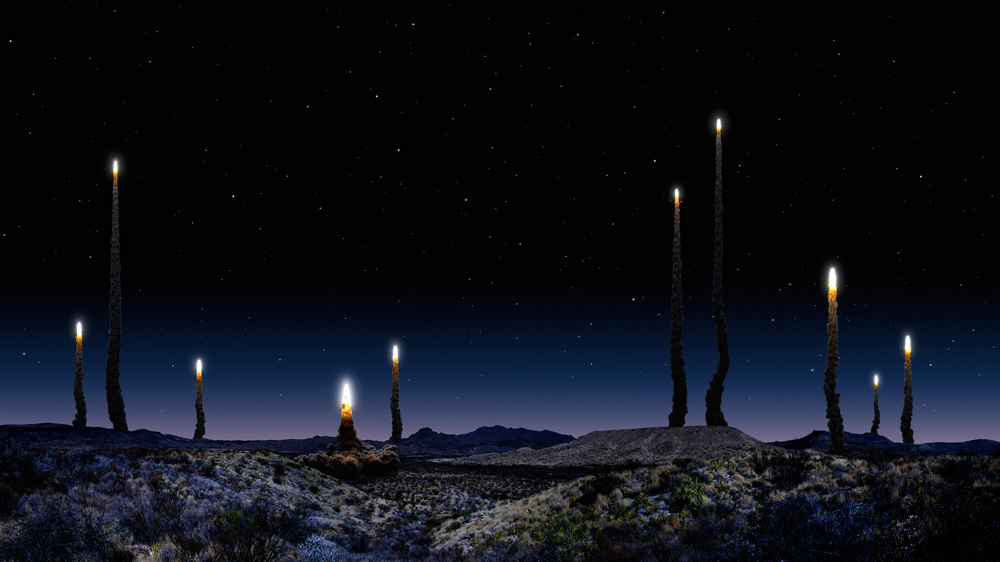 Supported by Canada Council for the Arts and Arts Council England, ‘Orion Tide’ presents a Roswell-esque desert with spurts of light and smoke repeatedly taking off into the dark night sky. There are multiple narratives at play in Richardson’s work. Within ‘Orion Tide’, we could be witnessing war, space exploration on a grand scale or mass exodus. – Shellie Zhang