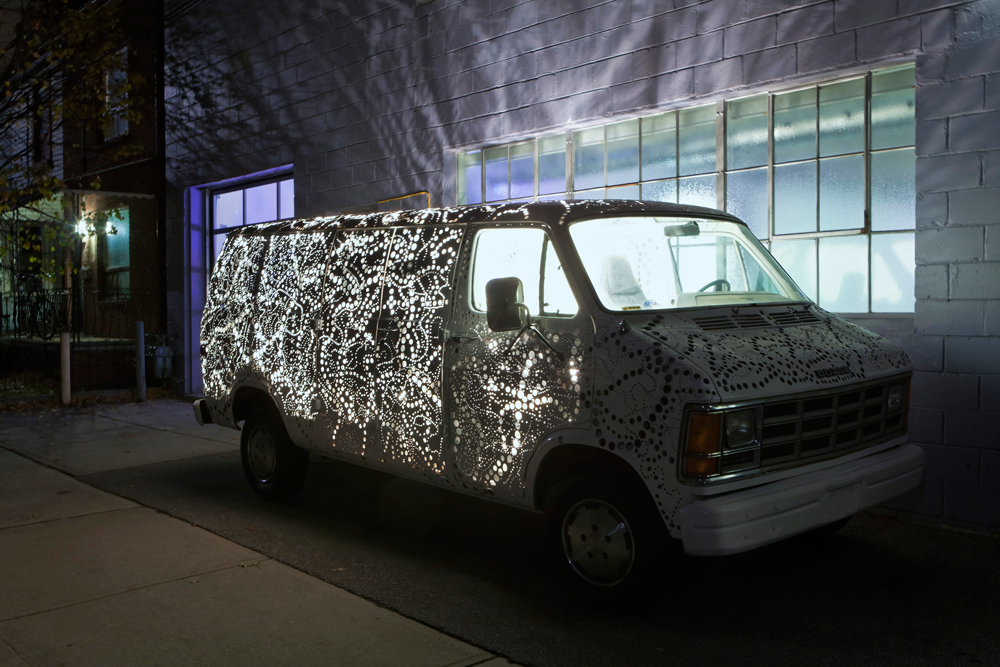 This entry was posted in ARTWORKS and tagged Kim Adams. Bookmark the permalink.
Canadian artist Kim Adams is known for his assemblage type sculptures that incorporate the readymade and prefabricated to explore social structures, the implications of technology and mobility, and the divide between life and art. Adams has been showing for almost three decades and is currently based in Toronto. Recent solo shows include Artist Colony (Bureau de change, 75th Anniversary of the Banff Centre) at the Harbourfront Centre in Toronto, Roadside Attractions at Galerie Stadtpark, Krems, Austria, and Bugs and Dragons at the Art Gallery of Ontario. Recent group shows include Beyond/In Western New York 2010 in Buffalo, NY, Insiders at the Musée d’art contemporain in Bordeaux, France, and El Geni de Les Coses at the Office for Artistic Diffusion (ODA) in Barcelona. His work is part of many major public collections such as the Art Gallery of Ontario, the National Gallery of Canada, and the Centraal Museum in Holland.