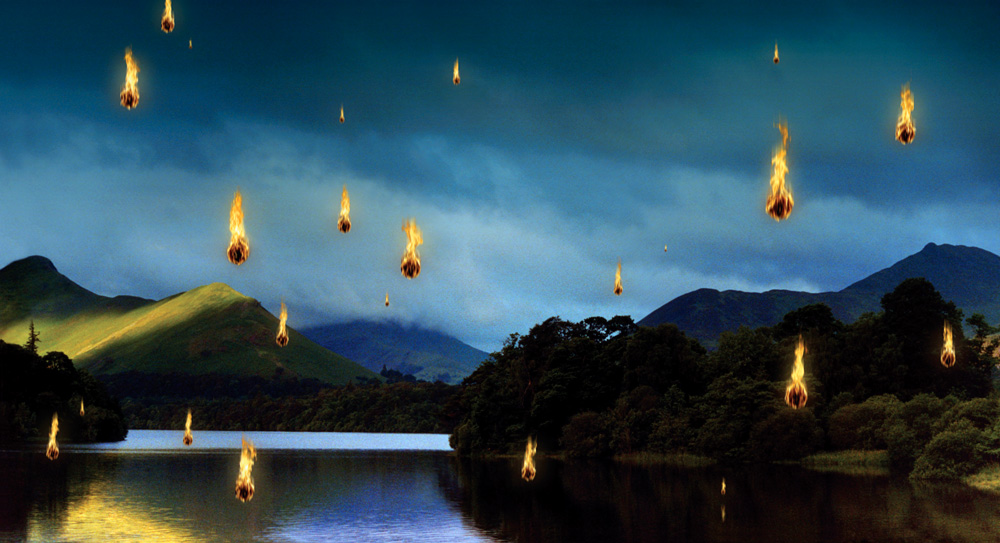 In ‘Exiles of the Shattered Star,’ a beautifully colour-saturated lake is the backdrop for a slow, majestic rain of fireballs, perhaps fragments of the star of the title. This piece points to Richardson’s odd penchant for classic romanticism, pitting as it does the sublime beauty of the landscape against the terrifying, tragic certainty of mortality. – David Jager