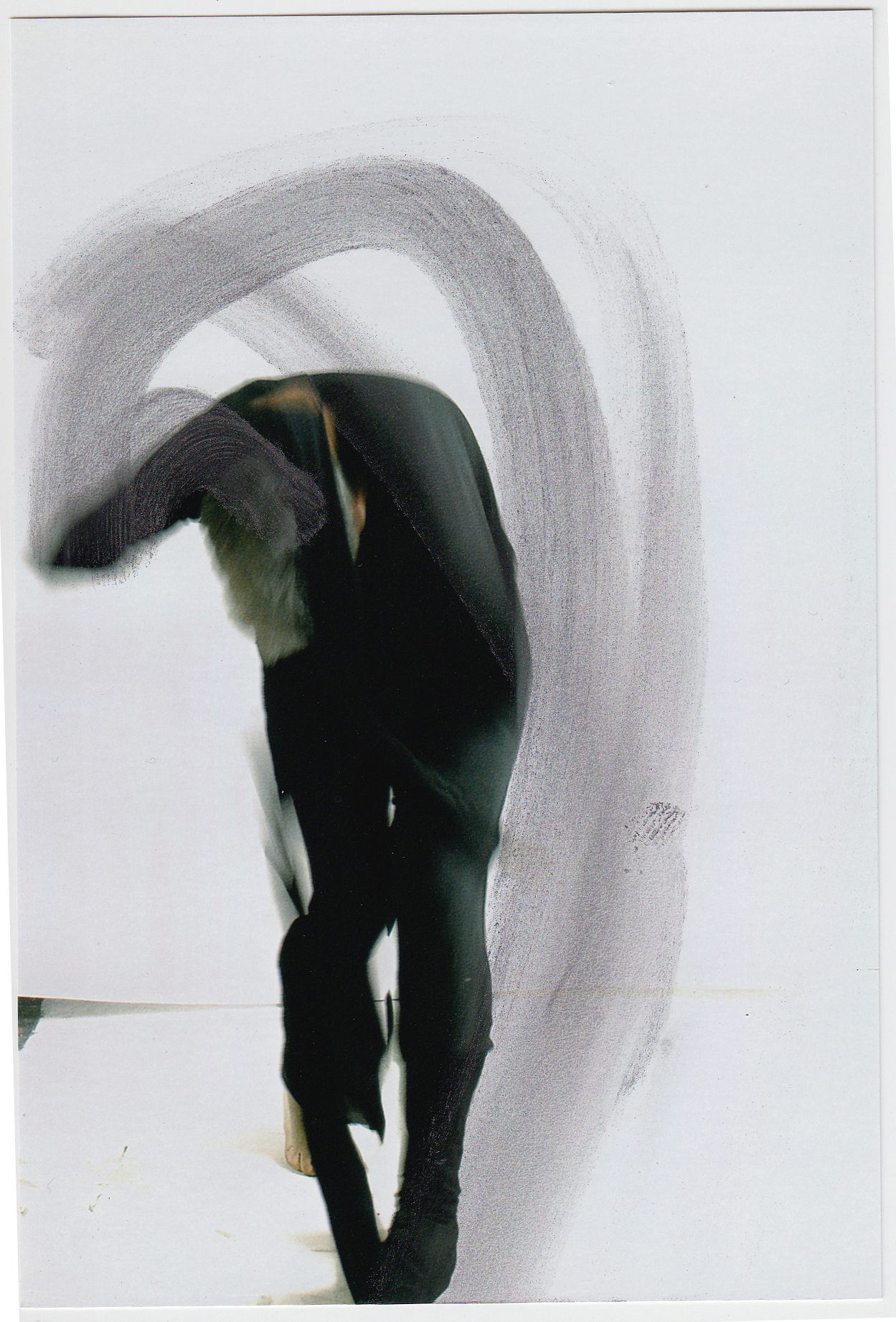 I made a costume with long arms and legs so that, when I move in front of a camera on self timer, the gestures leave a trace that looks caligraphic, a sort of writing in space. I’ve been referring to it as a drawing costume, but it would be more accurately called a writing costume. The first works that came from the costume were altered photographs, but later I made stop motion animations by printing video stills on paper, drawing on the paper and then re-photographing.