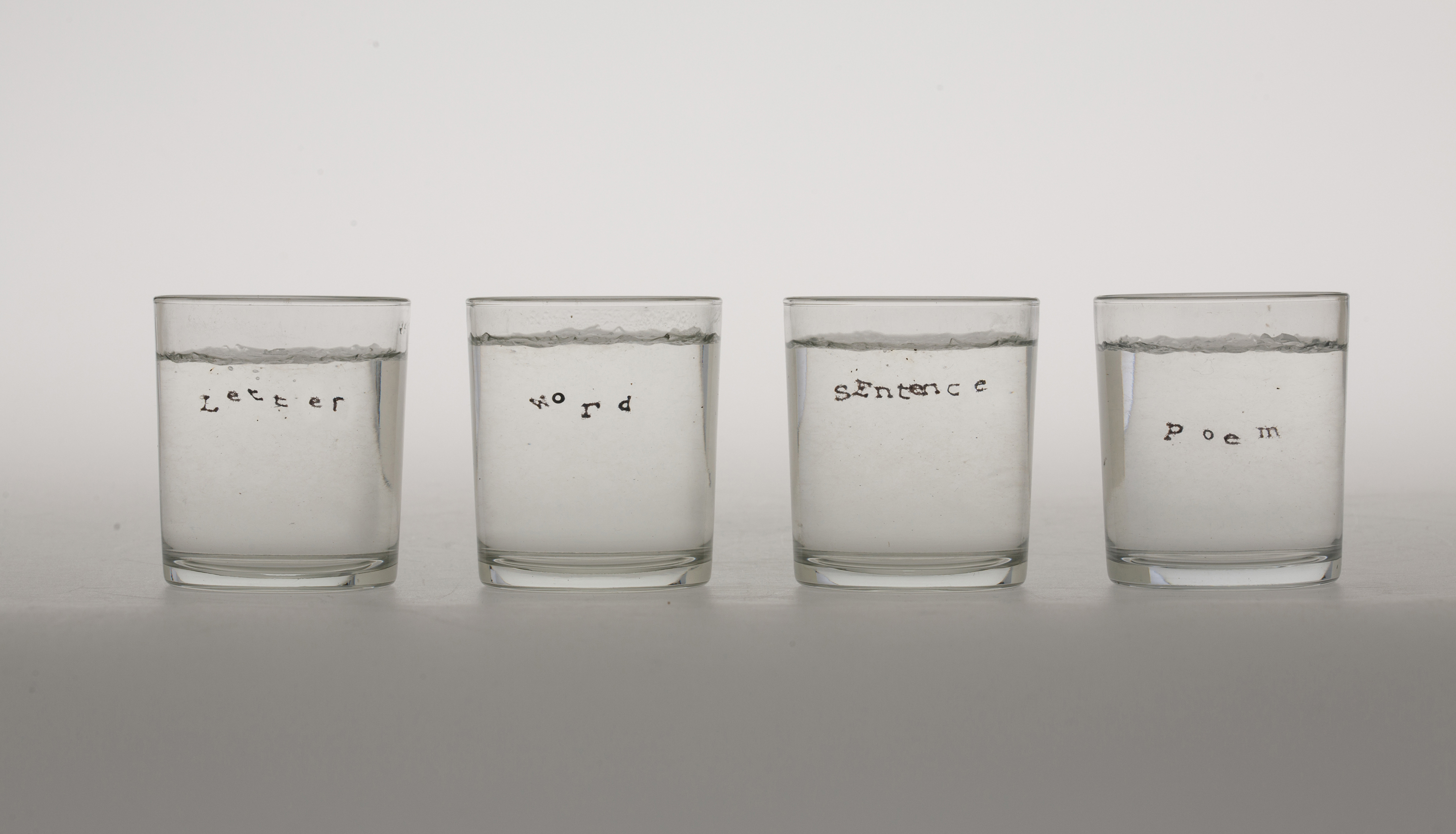 The work made for Material Poetics exhibition, ANCA Gallery Canberra, consists of alphabet letters suspended in a clear liquid. After arranging the the letters in such a way, an image came to mind from the transcript of a talk given by Gerald Murnane titled ‘The Breathing Author’. He reported, ‘Most of my pieces of short fiction have begun with a single image.’

In a further text by Murnane, ‘Why I write what I write’, he, writing about the act of writing, states:

The alphabet letters in the liquid brought to mind images of the crystals I grew from a single salt grain as a child: the crystals propagating unpredictably in many directions. I imagined a single letter proliferating, growing first into a word then a sentence, more sentences, a few thousand sentences …