In terms of the image I’ve produced for ‘I don’t hate you, but …’ I thought a lot about the poem’s call for the reader to be self-reflective, to observe, and in particular to preach.

The stylised pōhutukawa symbolises Māori spirituality corrupted by colonial missionaries, the branches redolent of leaded church windows in reference to The Tree of Jesse from Autun Cathedral. Other artworks that inspired me were William Blake’s Hell Canto III, and John William Waterhouse’s Echo and Narcissus.

The scenes are taken from Auckland, including Karekare, the setting for many of Allen Curnow’s poems. A reference to Curnow’s ‘Spectacular Blossom’ was suggested by Robert Sullivan.

The colours, too, are symbolic: pinks for Australia’s soil and the displacement of indigenous peoples; red references both the St George flag and, with blue, my local surf life-saving club uniform. Surf life-saving slogans include ‘Between the Flags’ and ‘In it for Life’, relevant because sport is another kind of accepted ongoing crusade, but Surf Life Saving is a redeemable sport in the sense it functions to save lives rather than merely promote combat skills, having therefore the potential to teach other sports how not behave like the former British Empire. 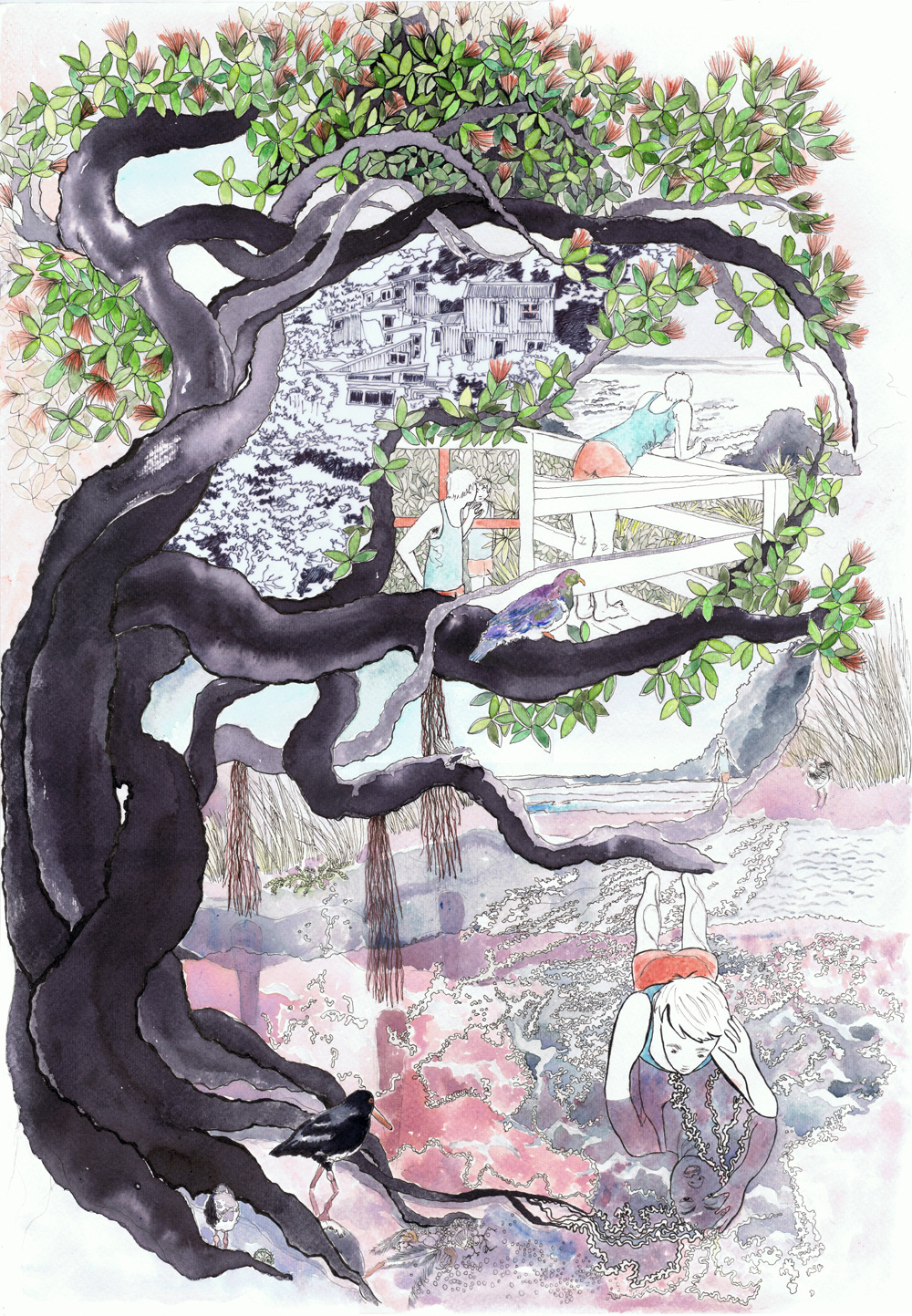 This entry was posted in ARTWORKS and tagged Anita Heiss, Rachel Fenton. Bookmark the permalink.
Rachel J Fenton was born in Yorkshire in 1976 and currently lives in Auckland. Most recently shortlisted for the "Fish International Poetry Prize" and "The Royal Society of New Zealand Manhire Prize", her poetry is published in JAAM, Blackmail Press, brief, Otoliths, French Literary Review, Poetry Bus, and many online venues. AKA Rae Joyce, she is featured in New Zealand Comics and Graphic Novels (Hicksville Press) and won the "AUT Creative Writing Prize" for her graphic poem "Alchemy Hour".