← Consonata
by A J Carruthers
Untitled →
by Carolyn Connors 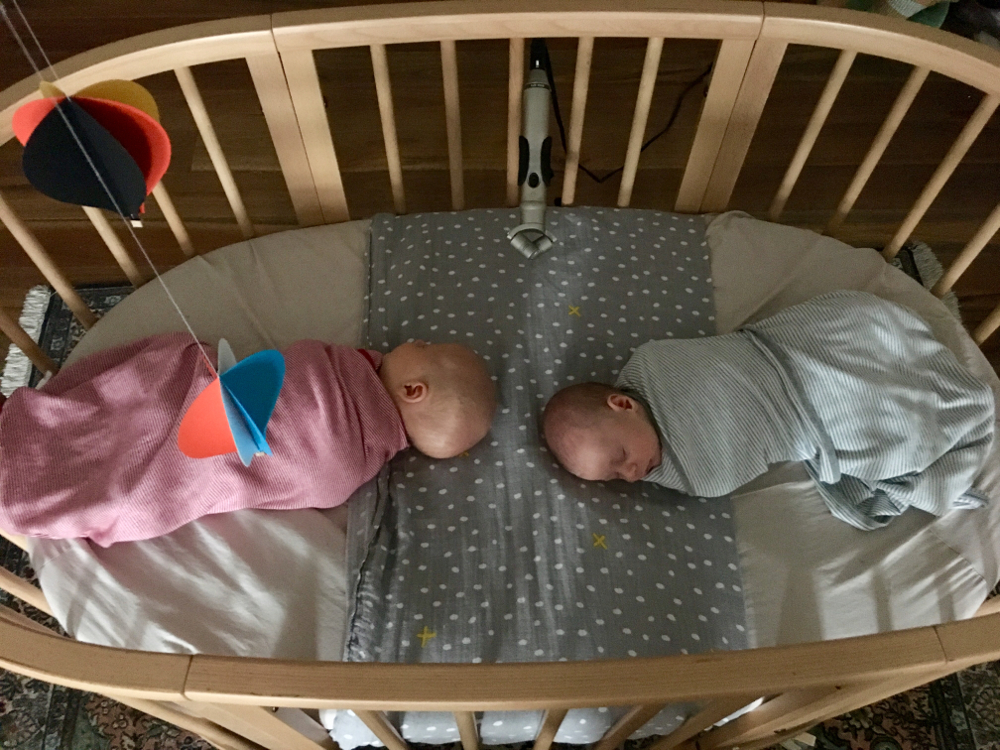 I set up a Rode NT4 stereo microphone between them as they lay head to head in a shared cot. Both babies had the hiccoughs, having just been fed. Their breaths were short and sharp, and not quite regular or in sync. They were like little machines spluttering into life. This period of time is a bit of a blur, and listening back doesn’t do that much to bring it into focus. It does make me proud that we kept them alive though. It’s now just over a year later and Beatrix and Vyvyan are just beginning to talk.

This entry was posted in SOUND and tagged Joel Stern. Bookmark the permalink.
Joel Stern is is a curator, artist and researcher interested in theories and practices of sound and listening. He is co-director of Liquid Architecture, a leading Australian organisation for artists working with sound, and founded projects including OtherFilm and Instrument Builders Project. He has curated festivals, publications, exhibitions, screenings and concerts in Australia and internationally since the early 2000s. In 2018, with James Parker, he curated Eavesdropping, a major investigation into the politics and ethics of listening. He produces and performs experimental music and sound works under his own name and in bands including Sky Needle and Soft Power. He is a PhD candidate in Curatorial Practice at Monash University, Melbourne.