This Birds of New York series (2015) focuses on the sonic aspect of the Cornell Lab’s Merlin app, an app that uses citizen-science bird observations. This easy access to the sounds of the birds is one of the key developments of portable technology enabling users to identify the birds by sound as much as by sight. There is, however, a stress in all bird watching communities of not playing recorded bird song in the field because it can be so disruptive. With this conundrum in mind these texts suggest an awkward solution: by using the phonetic words identified for bird calls from a traditional bird field guide applied to the songs and calls on the app, the lengths of poetic text are printed as four impractical A1 sized works on paper intended as a speculative and unwieldy writerly support for the app. 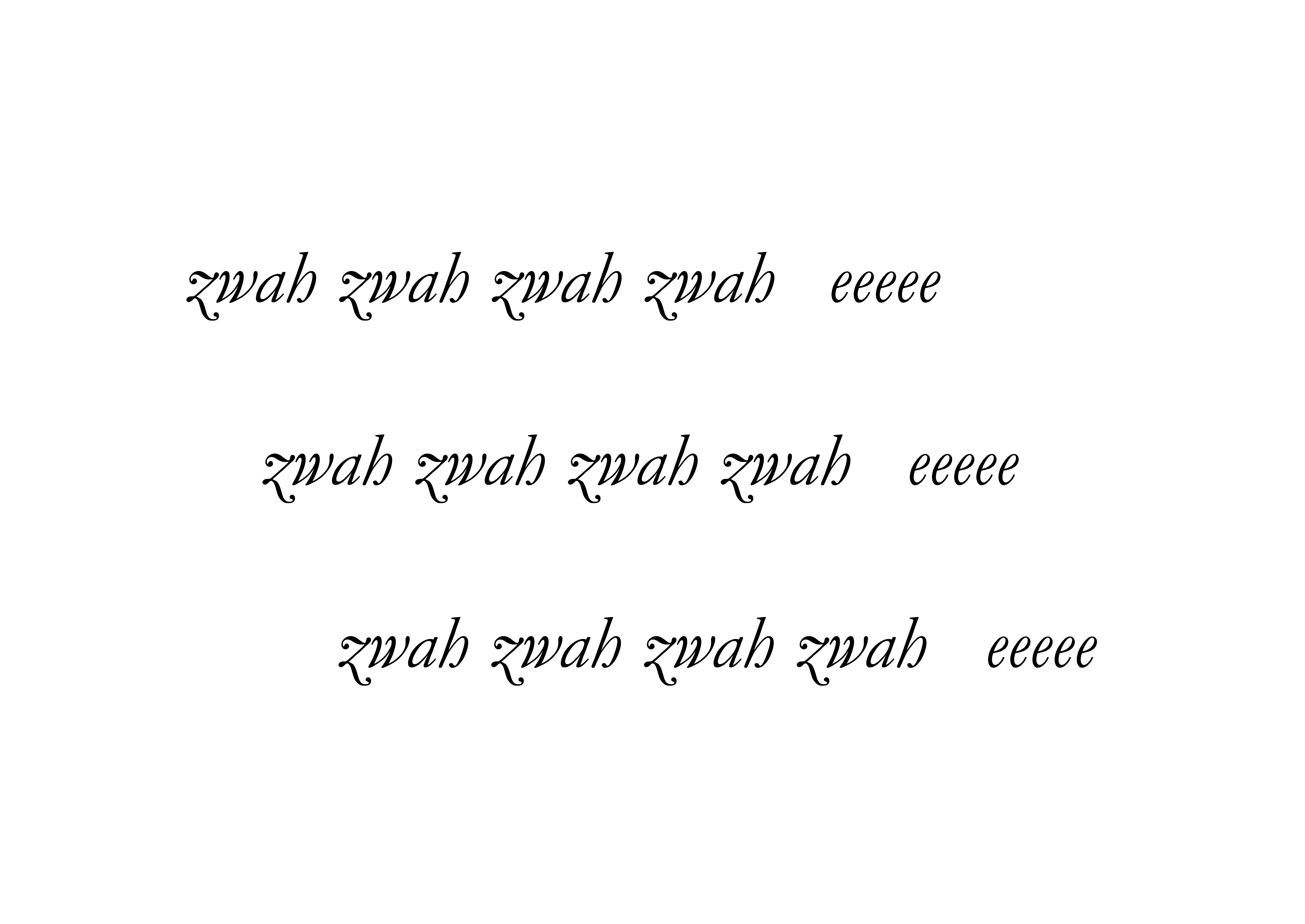