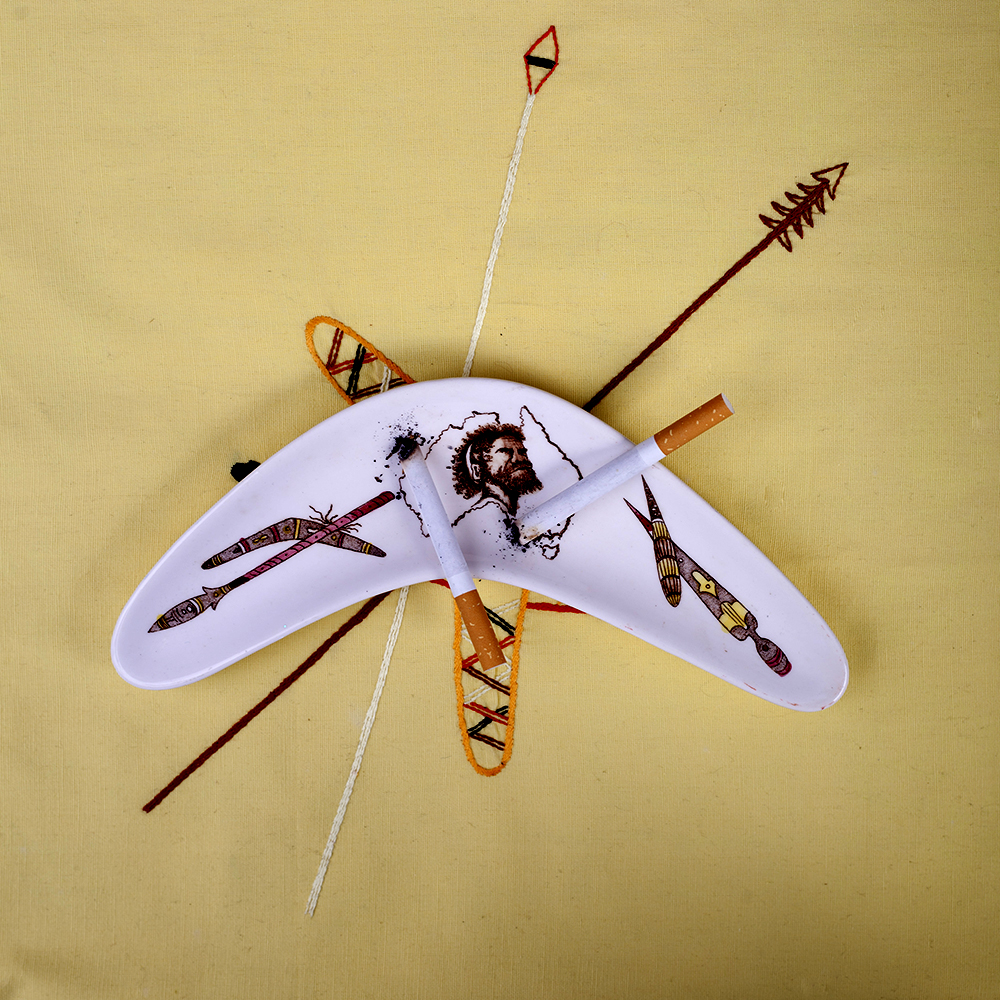 This entry was posted in ARTWORKS and tagged Tony Albert. Bookmark the permalink.
Tony Albert has exhibited his work at many international venues, including the Musée d’Aquitaine, Bordeaux, France; the Singapore Art Museum; the National Museum of China, Beijing; and the Tel Aviv Museum of Art, Israel. He was also included in the 10th Biennial of Havana, Cuba, and the 2014 Adelaide Biennial of Australian Art, Dark Heart. He is also well represented in exhibitions and collections of institutions within Australia, including the National Gallery of Australia, the Australian War Memorial, Canberra, the Art Gallery of New South Wales, the Art Gallery of Western Australia and Brisbane’s Gallery of Modern Art—Queensland Art Gallery. In 2013 Albert was commissioned to create an artwork for the Sydney Hyde Park War Memorial, installed in Hyde Park South on Anzac Day 2015 to commemorate indigenous soldiers.