← Dispatch from the Future Fish
by Eloise Grills
‘The Rally Is Calling’: Dashiell Moore Interviews Lionel Fogarty →
by Dashiell Moore 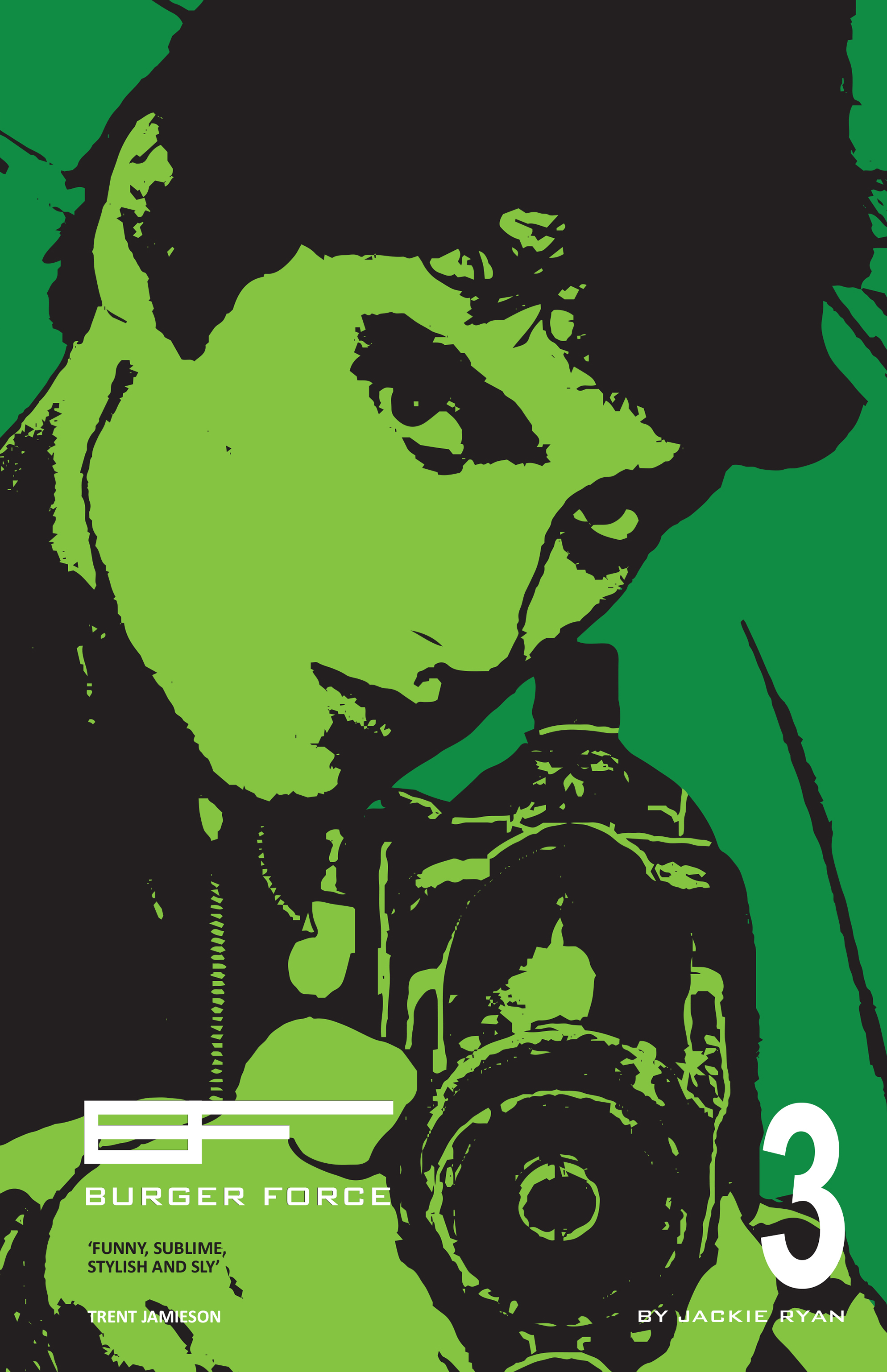 This entry was posted in ARTWORKS and tagged Jackie Ryan. Bookmark the permalink.
Jackie Ryan produces the Aurealis Award-winning Burger Force comic series (also twice shortlisted for a Ledger Award for Excellence in Australian Comics) and is the founding editor of the Fanciful Fiction Auxiliary. The websites for both projects have been archived by the National Library of Australia as sites of cultural significance. She is also the author of We’ll Show the World: Expo 88, which won two 2018 Queensland Literary Awards: the University of Southern Queensland History Book Award and the Queensland Premier’s Award for a Work of State Significance. She holds a PhD in history and political science from The University of Queensland, where she was an Honorary Research Fellow. In 2019 she is a Queensland Writing Fellow.