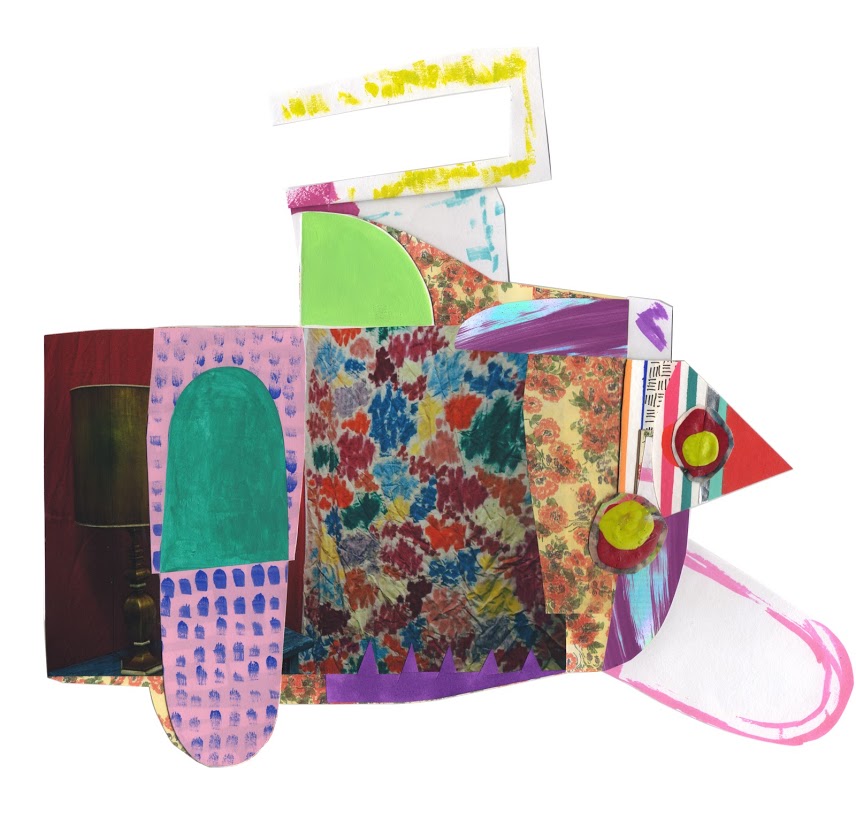 In addition to small collage works, some of which are presented here, Sofie Ramos creates colourful and chaotic sculptural painting installations that conflate the art and its space and blur the distinction between the three-dimensional arrangement of objects in a space and the two-dimensional composition of a painting.

Her objects and spaces are continually evolving and recombining, concentrating the weight of meaning in the sum of the processes of making and remaking rather than a finished state or resolved composition. A core concern of the work and process resides in the shifting relationships determined by the juxtaposition of elements rather than in the identity of each or the overall object / space they compose.

Compositions are results of accretion, indexes of the actions and decisions that occurred in a particular space over time. Identifiers of time and space are obscured through the creation / disruption of the illusion of depth and confusion of the order of layers, distorting the chronological history / memory of the making process.

Psychological tensions manifest in formal decisions. The process of building up elements is a kind of balancing act in the vacillation of order and chaos, of emptying out and excess, of the tasteful and the vulgar / awkward / potentially ugly. The goal is not to create a harmonious composition, but to facilitate and record the interaction between the artist, the space and the materials.

This entry was posted in ARTWORKS and tagged Sofie Ramos. Bookmark the permalink.
Sofie Ramos was born in Cincinnati, Ohio in 1990. She recently graduated with an MFA in Art Practice from UC Berkeley in May 2015 and received her BA in Visual Art from Brown University (Providence, RI) in 2013. She lives and works in the Bay Area.